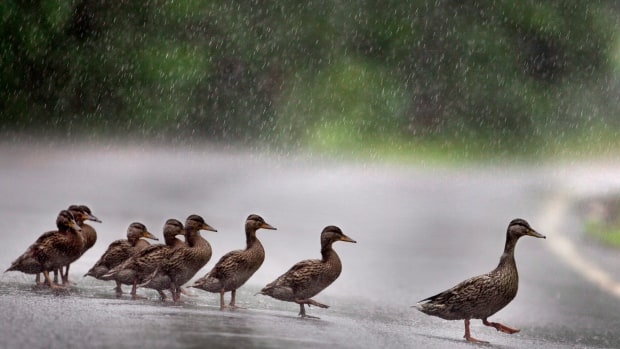 A man and his 10-year-old son were sent to hospital Sunday after the car in front of them swerved to avoid a family of ducks crossing a highway in Kingston, Ont.

Around 8:50 a.m. Sunday a white vehicle — possibly a Kia — was eastbound on Highway 401 near Joyceville Road when it made a sudden stop in an apparent effort to avoid hitting a family of ducks, OPP said.

The father and son in a minivan behind the Kia had to swerve to avoid a collision. Their vehicle ended up in the ditch, where it struck a tree.

The white vehicle left the scene before police arrived. The man and his son were taken to hospital with non-life threatening injuries.

Police are reminding the public to consider the safety of other motorists when attempting to avoid animals or debris on the road.

ABOUT US
Get real-time updates and eyewitness reports around the world from Challengehebdo, the fastest source of trusted news on the web
Contact us: con[email protected]
FOLLOW US
© challengehebdo.com