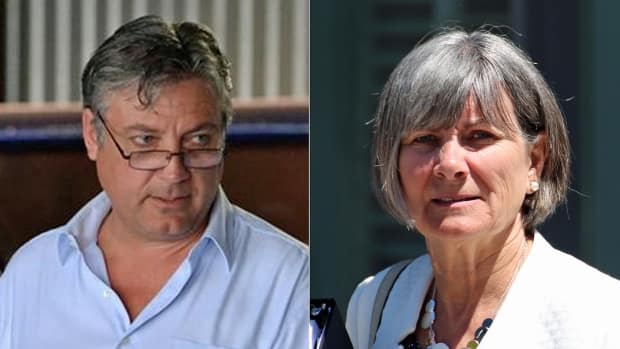 A former Liberal MP may have used his connections with municipal officials in a popular vacation town northwest of Toronto — including his sister, the mayor — to secure a $756,000 consulting fee that was hidden from taxpayers, police documents obtained by CBC News reveal.

Details of the payment are contained in Ontario Provincial Police materials filed in court in 2014, as fraud investigators sought a court order to search the bank records of Paul Bonwick, a former parliamentary secretary in the Paul Martin government whose riding included the town of Collingwood.

The documents, recently unsealed at CBC’s request, show Bonwick’s company, Green Leaf Distribution, earned a 6.5 per cent cut of a $12.4-million construction contract he allegedly brokered with the town of Collingwood in 2012. The project was to enclose a community pool and an outdoor hockey rink in the rapidly growing resort community on the southern shore of Georgian Bay. 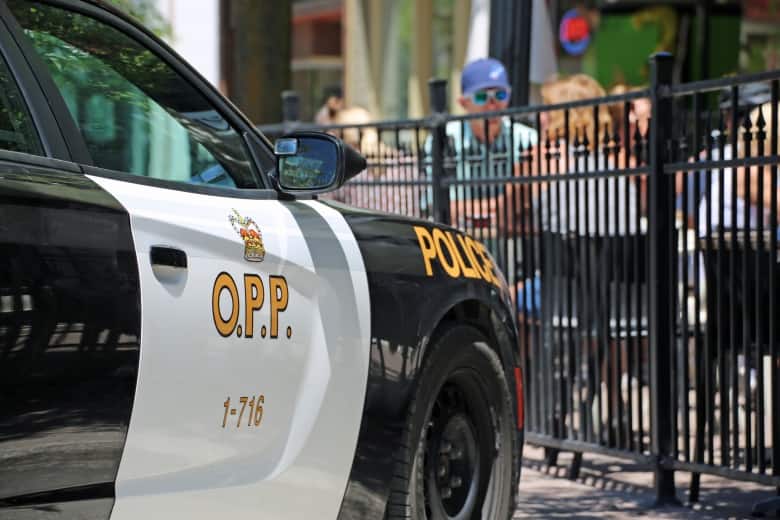 The OPP’s ‘Collingwood investigation’ has been going on for five years. (Dave Seglins/CBC)

On Aug. 27, 2012, town council, including Bonwick’s sister, Mayor Sandra Cooper, voted 8 to 1 in favour of the sole-source deal, but neither Bonwick’s role in securing the contract, nor his company’s commission were disclosed publicly.

“I’m shocked!” Keith Hull, the lone opposing vote on council, said of the information in the OPP documents. “It’s very disappointing … to learn the fee and the connections involved.”

In the 2014 documents, investigators alleged Bonwick’s role was kept “secret” from council, and that the payment to his company was “shrouded in various layers of secrecy and is evidence of fraudulent activity — to which the Town of Collingwood is the victim.”

None of the allegations in the documents against Bonwick, his colleague Abby Stec, and the town’s acting chief administrative officer, Ed Houghton, has resulted in any charges or been tested in court. The force won’t say whether the allegations still stand.

But the details do provide new insight into an ongoing investigation that’s been hanging over the town for years. 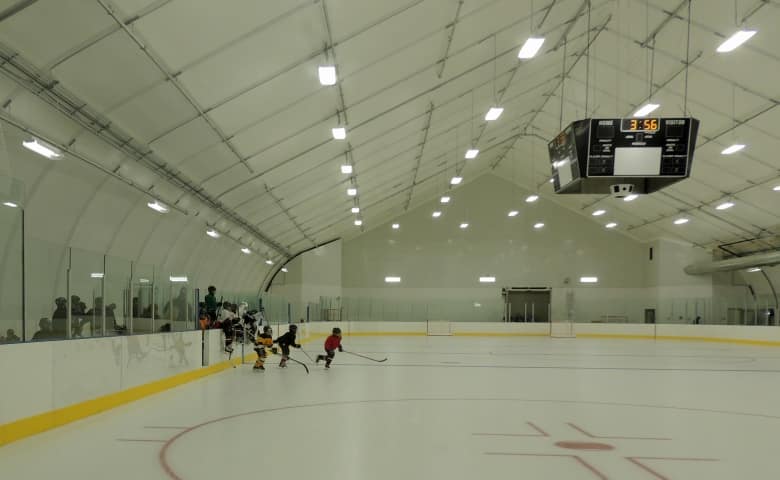 Bonwick declined to comment for this story, but his lawyer offered some colourful comments when contacted by CBC News.

“Why don’t you write that Paul Bonwick’s lawyer has said that [your] article is the most slanted article that I expect to be written in the history of Collingwood!” David O’Connor, a veteran criminal defence lawyer, yelled during a phone conversation.

O’Connor says the OPP has told him his client won’t be charged.

However, the OPP says its Collingwood investigation continues, and that as a practice, investigators don’t tell people they’re ruled out as suspects until a probe is complete.

Mayor Sandra Cooper, who is already involved in two other conflict-of-interest controversies resulting from her brother’s business with the town, declined to answer questions about what she knew of his involvement in the deal.

“Oh, the reception isn’t very good,” she said when reached by phone, “… and I have no comment (click).“

Bursting at the seams

Back in 2012, Collingwood was in desperate need of new recreation facilities — and its politicians were under mounting pressure to deliver.

The popular ski and summer vacation community was bursting with an influx of new residents, including many retirees and families looking to escape the smog and bustle of life in the Greater Toronto Area.

Council had already appointed a committee of residents who’d spent a year developing a proposal for a $35-million state-of-the-art facility featuring pools, arenas and meeting rooms. 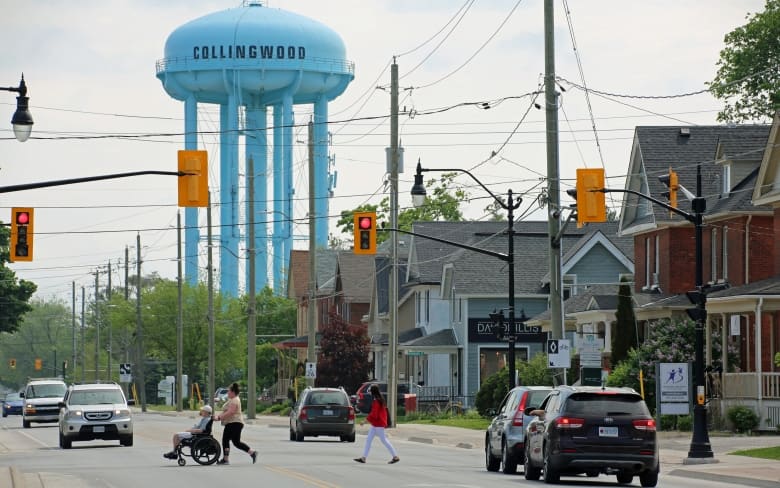 Back in 2012, Collingwood was growing very rapidly. Local politicians were under pressure to find ways to build new facilities to serve residents. (Dave Seglins/CBC)

But with a total annual budget of just $82 million, some on council scoffed at the price tag and were keen to find a cheaper alternative.

Behind the scenes, Lloyd instructed Houghton, the acting CAO, to contact BLT to develop a sole-source contract. The first time BLT was discussed publicly at council was on Aug. 27, 2012 — the same meeting where councillors voted to pay the firm $12.4 million.

The vote “didn’t pass the smell test” for Steve Berman, a collectibles dealer who moved to Collingwood in 1999.

“I didn’t know anything about politics at the time,” he said. “But I know as a parent, you don’t make rash decisions. You certainly don’t make multimillion-dollar decisions for a municipality without digesting the information and asking questions.”

The vote that night inspired Berman to start digging and blogging about what he uncovered. 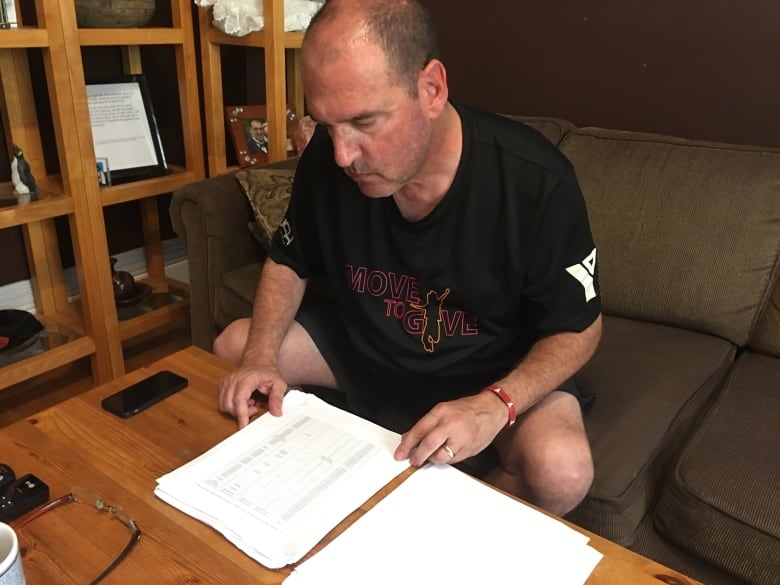 He filed dozens of freedom of information requests, and received more than 1,000 pages of emails sent by elected officials and town staff — clues about how the deal made it to the council floor so quickly.

What he read disturbed him. He soon handed all those papers to the OPP.

The force’s anti-rackets branch opened its investigation in the spring of 2013. By the summer of 2014, investigators had interviewed 30 witnesses and were probing eight separate matters involving potential criminality, warrant documents reveal.

Either BLT Construction or its executive vice-president, Dave Barrow, handed over critical evidence to the OPP, including a copy of a contract hiring Bonwick’s firm, Green Leaf Distribution, to act as BLT’s “intermediary” with Collingwood officials.

It should have been common sense to every resident of Collingwood that could read a newspaper that this stank. – Blogger Steve Berman

BLT also shared a copy of Green Leaf’s bill and an email from Bonwick’s associate, Abby Stec, sent just days before the council vote, directing Barrow to alter his draft budget to the town so it applied an additional 6.5 per cent “across the board” to cover the consulting fees.

This payment to Green Leaf was not listed as a line item in the contract with the town, and the OPP alleged that amounted to a fraud against taxpayers.

Four days after the council vote, the police records show BLT Construction fulfilled its contract and sent a wire transfer for the full $756,740.42 to Green Leaf Distribution.

Both Bonwick and Stec declined repeated requests to explain what they did to receive the payment.

“They’re a reputable company and they co-operated [with police], as you would expect responsible citizens to do.”

According to the documents from 2014, police suspected Bonwick may have had help with the deal from close friends in senior roles with the town.

Deputy mayor Rick Lloyd, for example, allegedly instructed that a draft staff report about the project be rewritten to smooth the way for the BLT contract. The “request for proposals,” a standard feature of municipal projects to ensure a public and competitive tendering process, was removed.

“I don’t like the phrase ‘IF COUNCIL CHOOSES TO PROCEED.’ Take that out as it leaves an impression that maybe we shouldn’t proceed,” Lloyd wrote in an email to Houghton.

Houghton told CBC he never received any money from the deal. When asked why the OPP court documents from 2014 alleged he’d committed breach of trust, he declined to answer further questions.

The pool and rink contract is actually just one of three major local controversies that centre around Bonwick’s role in Collingwood business. 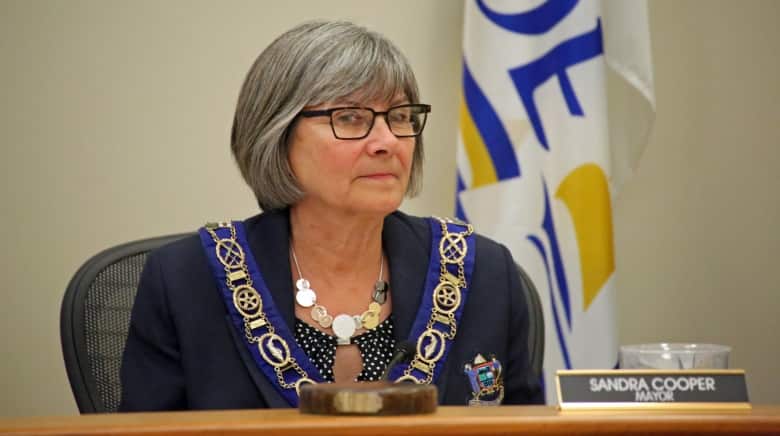 Collingwood Mayor Sandra Cooper declined to be interviewed by CBC News for this story. (Dave Seglins/CBC)

Last month, the town’s integrity commissioner found Bonwick’s sister, Mayor Sandra Cooper, had a conflict of interest for voting on issues involving the local airport that he was involved in.

And her council has called a judicial inquiry to investigate the partial sell-off of the town’s power utility in 2012 — the proceeds of which helped pay for the BLT contract. Cooper was the lone vote against calling the inquiry. She presided over and voted for the $15-million sale even though, unbeknownst to the public, her brother was a paid consultant for the winning bidder.

Both Cooper and Bonwick declined to be interviewed by CBC for this story. Bonwick expects to be called as a witness in the inquiry this fall.

Blogger Steve Berman, who is running for council in November’s election, says absent any conclusions from the OPP, he’s hopeful the judicial inquiry will provide some answers about the pool and rink deal.

“It should have been common sense to every resident of Collingwood that could read a newspaper that this stank.”