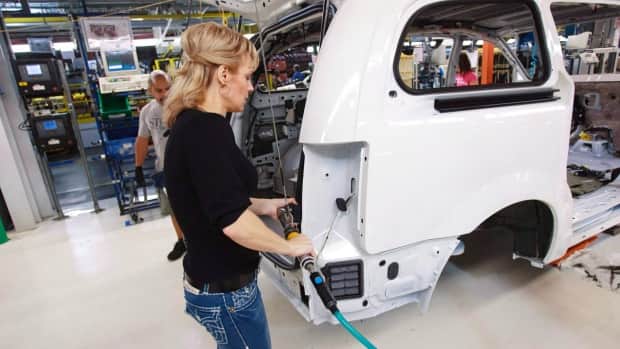 Donald Trump’s threat to slap tariffs on Canadian cars and car parts could cost the country up to 160,000 jobs, especially if Canada retaliates, TD Bank warns.

In a report Monday, senior economist Brian DePratto crunched some numbers on the economic impact of a 10 per cent tariff on car parts, and a stiffer 25 per cent levy on fully assembled vehicles.

Those numbers aren’t just pulled from thin air. They’re the exact tariff levels the Trump administration recently implemented on aluminum and steel, and DePratto assumes a similar breakdown is a decent base-case scenario to work from, with 10 per cent on car parts, and 25 per cent on more high-value fully assembled vehicles.

His analysis also assumes that Canada would respond with some sort of tariff on U.S. cars and car parts, just as it did with metals.

Technically, nothing is written in stone and the earliest we’d likely see any vehicle tariffs would be August. But the wheels are certainly in motion for another front to soon open in the unexpected trade war between Canada and the United States. The first warning shots were fired in May when the Commerce Department began an investigation into the auto sector along national security grounds — the same justification that was made in slapping tariffs on steel, aluminum and other products.

Almost half of the 17 million new vehicles sold in the U.S. last year were imported from abroad, and about half of those imports were primarily assembled in either Canada or Mexico.

Even those vehicles that are considered “American-made” almost certainly contain components from afar. The Toyota RAV-4 sport utility vehicle is the best-selling vehicle in America that isn’t a pickup truck, and almost all of the ones sold in the U.S. last year were made at the Toyota plant in Woodstock, Ontario.

But the engines in them were made in Alabama, and the transmissions in West Virginia. Countless other components came from Mexico, Japan and beyond. Figuring out what parts will see a tariff and when would be a nightmare to calculate, but all told, DePratto figures roughly $74 billion worth of automotive exports between Canada and the U.S. could face some sort of tariff soon.

With tariffs of 10 and 25 per cent as a benchmark assumption, DePratto’s number-crunching paints a pretty bleak picture in a hurry. He calculates that Canada’s economy would lose about 0.4 per cent of GDP growth within a calendar year of any tariffs being implemented, compared to what he thinks would happen under the status quo.

Worse, there would be a “scarring” effect, he says, whereby the economy takes wounds from which it will never recover. That means “the level of investment is permanently lower as a result, reducing Canada’s long-term economic capacity,” as DePratto puts it. 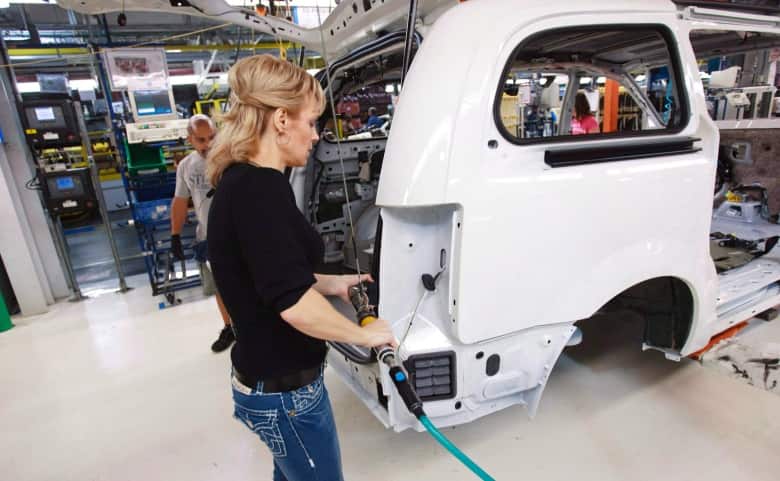 A worker on the production line at Chrysler’s assembly plant in Windsor, Ont. Tariffs in the sector would be very hard to implement because supply chains tend to cross borders multiple times. (Geoff Robins/Canadian Press)

But not all the pain would be shared equally. Manufacturing is a key sector in Ontario’s economy, as roughly 40 per cent of the province’s exports consist of manufactured products, mainly destined for the U.S., and much of them cars or car parts.

A loss of 0.4 percentage points may not be much on a national scale, but the slowdown could be as much as two per cent for Ontario alone, DePratto says.

Roughly 1.7 million Canadians worked in manufacturing last year, of which 771,000 were in Ontario, DePratto notes.

“This shock thus means there is the potential of losing nearly one in 10 of the jobs in this sector, or one in five in Ontario,” he says.

While jobs in the auto sector would take a direct hit, that wouldn’t be the sole economic impact because the sector filters into just about every facet of the economy. “Even those Canadians fortunate enough not to be in the direct line of fire are likely to feel the pinch in their pocketbooks,” he says.

That’s because tariffs tend to create what economists call “deadweight loss” in that the impact they have on prices and consumer confidence are usually far greater than the amount of any revenues that governments generate from them, he says. So even if governments spend tariff money and other revenues trying to support affected sectors, it can’t possibly be enough to fully offset the pain.

When those broader impacts are included, the toll on Canada’s economy is even starker. All in all, DePratto calculates that Canada could lose up to 160,000 jobs, if Canada and the U.S. start trading tit for tat tariffs on cars and car parts.

“Almost all of these losses would occur in Ontario,” he says.

Effectively, that would be a repeat of the pain the sector and the province experienced during the downturn of 2008. “Such a shock would be enough to erase all of the gains in employment that Ontario experienced over the last two years,” DePratto says.

And jobs wouldn’t be the only victim. DePratto says in his worst case scenario, he calculates the Canadian dollar would depreciate by as much as eight to 15 per cent from where it is now.

On the low end, that translates to a 64-cent US loonie by the end of next year.

Ultimately, however, DePratto is optimistic that his most gloomy predictions won’t come to pass, and that negotiators on both sides are likely to hammer out some sort of compromise. But if they don’t, his analysis outlines in stark relief just how serious the stakes are.

“The importance of the auto sector and of trade more generally to the Canadian economy underscores the magnitude of the challenges facing Canada’s trade negotiators,” he says.