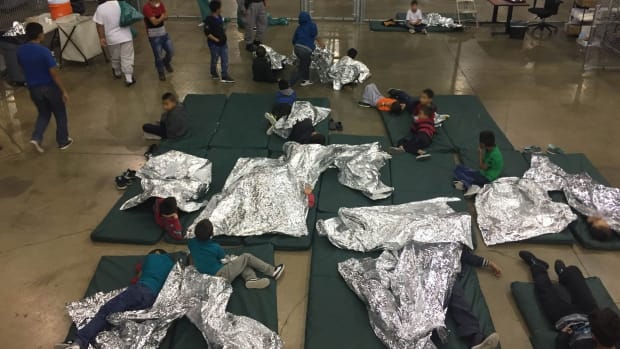 After several days of domestic and international condemnation of a U.S. immigration policy that has allowed more than 2,000 children to be taken away from their parents and put in detention facilities, U.S. President Donald Trump signed an executive order on Wednesday pledging to “maintain family unity, including by detaining alien families together where appropriate.”

But there’s no indication yet of how that order will affect the children who have already been separated from their families for up to two months.

Doctors, psychologists and other experts say children must be reunified with their families immediately to not only relieve the distress the kids have experienced, but to spare them “potentially lifelong consequences on their mental and physical health.”

“Children are resilient and [the effect of] this is reversible, but only if the separation is brief,” said Dr. Mahli Brindamour, a member of the Caring for Kids New to Canada task force with the Canadian Paediatric Society. “If that separation lasts for too long, then the damages can be irreparable.”

Brindamour, a pediatrician in Saskatoon whose patients include immigrant and refugee children, said the Canadian Paediatric Society agrees with the American Academy of Pediatrics’s position that the U.S. practice is “government-sanctioned child abuse.” 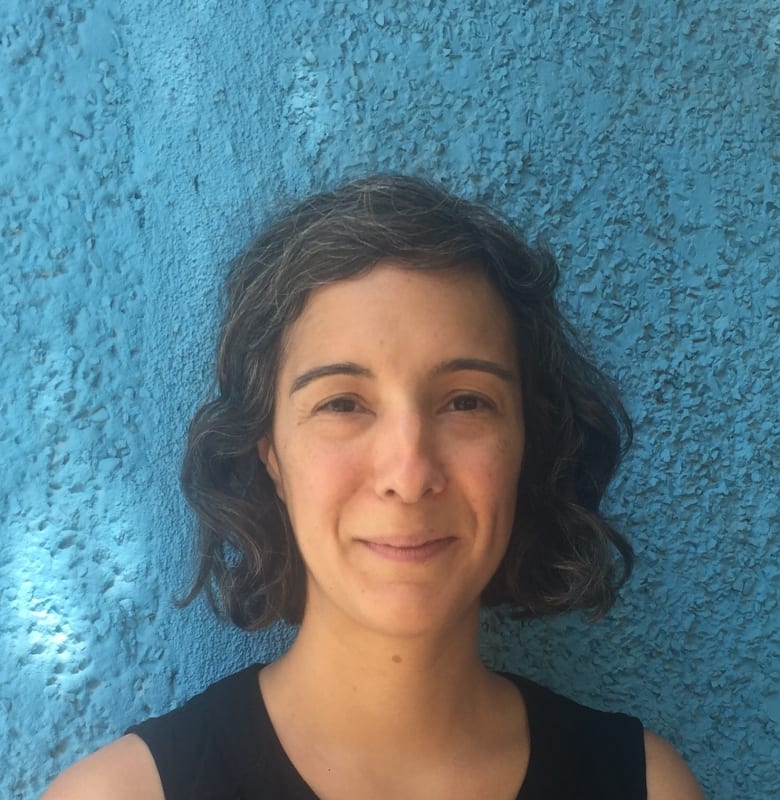 ‘This experience can have lifelong consequences on their health,’ says Dr. Mahli Brindamour, a Saskatoon pediatrician who is part of the Canadian Paediatric Society’s task force on caring for newcomer children. (Katrina De Almeida)

Children forcibly taken from their families go through both immediate and long-term health issues, Brindamour said, starting with “extreme” distress and fear.

“[They can] cry for hours and hours. Eventually they will stop crying. However, they continue to face this intense trauma and intense agitation and over a few days and over a few weeks. That can lead to severe mental health problems.”

Those problems can include depression, anxiety, post-traumatic stress disorder (PTSD) and “selective mutism,” in which a child develops an inability to speak in settings where they feel uncomfortable.

They can also suffer cognitive problems, including difficulty concentrating or learning.

If the traumatic situation doesn’t change, it can also take a physical toll, Brindamour said, putting children at increased risk for chronic diseases such as diabetes, heart disease and hypertension.

There’s a biological basis for many of the health problems that occur, said Pia Rebello Britto, a psychologist and chief of early childhood development at UNICEF.

When facing intense stress, the body releases the hormone cortisol, meant to trigger the “fight or flight” response.

But if the hormone continues to be released as the child stays in that intensely traumatic situation, the amount becomes “toxic,” Rebello Britto said, and can hamper brain cell connections and impede normal childhood development.

“It could even be that the structure of their brains is at risk,” she said.

Changes in the brain 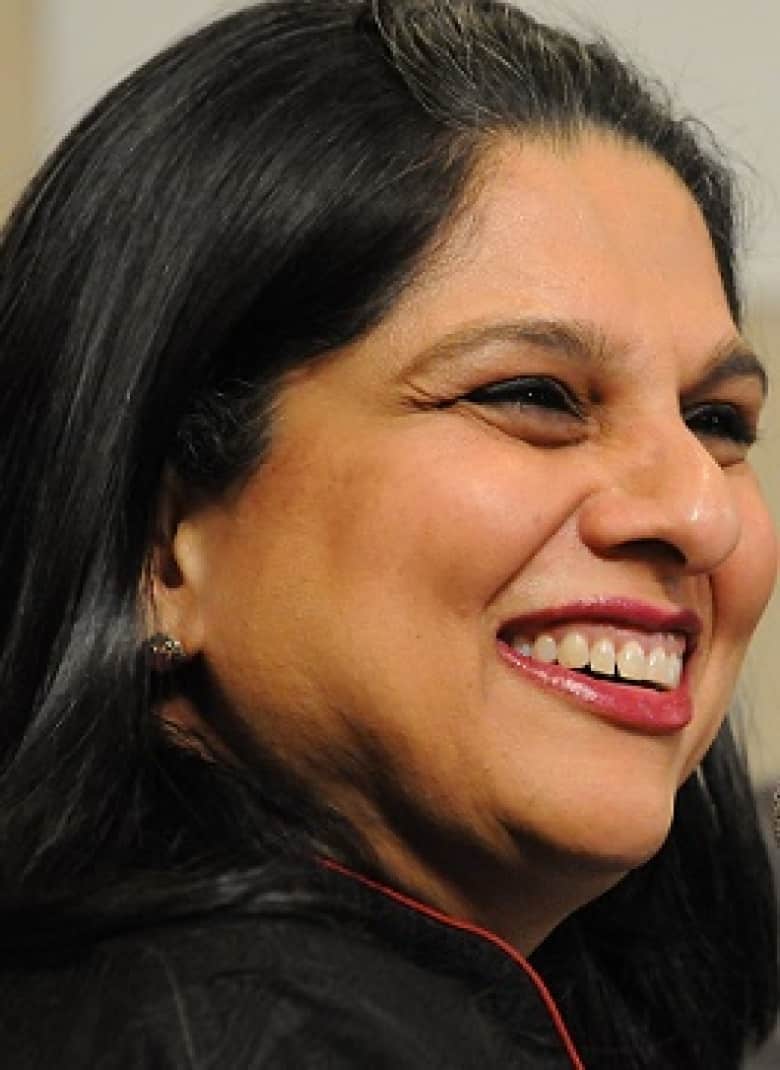 Pia Rebello Britto, a psychologist and chief of early childhood development for UNICEF, says young children’s biological responses to the extreme trauma of being forcibly separated from their parents can affect their brain development. (UNICEF)

Studies of the brain scans of institutionalized children, including in orphanages in Romania, have shown less electrical activity than normal, meaning the brain is not engaging the way it should be, Rebello Britto said.

When young children are taken away from a parent or caregiver they trust to not only keep them alive, but help them make sense of the world, a vital bond “gets severed.”

That can lead to attachment and trust problems in relationships with others, as well as an inability to appropriately manage stress later on in life, she said.

But children have an innate resilience, she said, so damage can be minimized if officials move quickly to reunite children with their families.

“[If they can] give them back the love and the care they need, there is a possibility of reversal for young children,” Rebello Britto said.

Trump’s executive order says that children will still be held in detention — but with their parents or family members. Although that may address the separation issue, being in detention still makes children susceptible to many of the same health risk, Brindamour said. 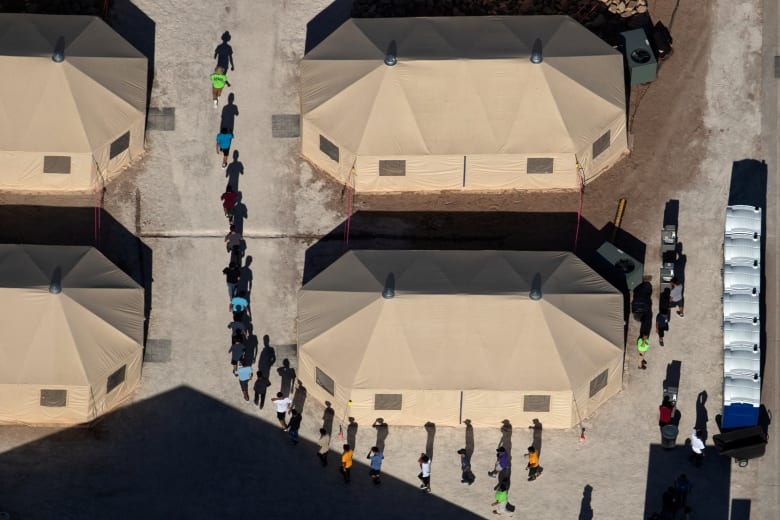 Immigrant children are led by staff in single file between tents at a detention facility next to the Mexican border in Tornillo, Tex. (Mike Blake/Reuters)

“Detention is of course not a normal or positive environment for children,” Brindamour said. “They might spend days in secure facilities, they might be exposed to being searched, they might be surrounded by wire fences, they’re not allowed to play outdoors.

Keeping children in detention with their families happens in Canada — a practice the Canadian Paediatric Society also opposes.

In response to a CBC inquiry about the Canada Border Services Agency (CBSA) practice of detaining immigrant and refugee children, a spokesperson for Public Safety Minister Ralph Goodale said that in Canada, “children are detained only as a last resort.”

“When parents are detained, CBSA officers work with parents and child welfare authorities. While alternatives are always considered first, some parents prefer their children to be housed with them,” press secretary Scott Bardsley said in an email on Wednesday.

“Immigration detention can only be used when there are serious concerns about flight risk, an individual being unidentified or a danger to the public.”

Bardsley said that “in the coming weeks the CBSA will be announcing the implementation of new alternatives to detention— such as community supervision — which will help further reduce the use of detention.”

Rebello Britto noted that if the 2,000 children and parents currently separated in the U.S. are reunited, they will need ongoing support to process what they’ve been through.

“[The parents] have suffered tremendous trauma themselves,” she said.