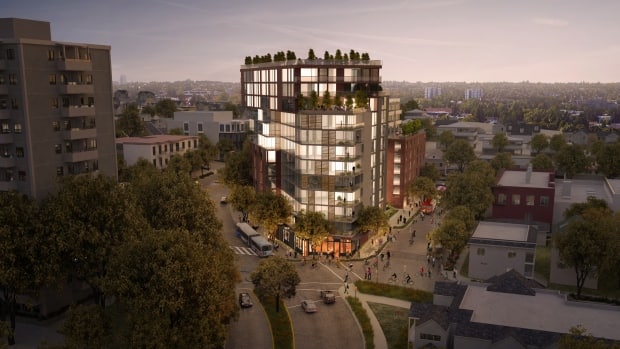 Nancy Keough of The Kettle Society and Daniel Boffo of Boffo Properties say the Kettle Boffo Project proposed for the northwest corner of Commercial Drive and Venables Street is no longer economically feasible because of cash demands made by the City of Vancouver.

“I’m more than disappointed,” said Keough, the executive director of the mental health service agency. “We had everything going for us — the project paid for itself with no cost to the taxpayer. I don’t know where we go next.”

According to Boffo, the deal breaker was an additional ask of between $6 million and $16 million in cash by the City of Vancouver in community amenity contributions (CACs).

CACs are negotiated between the city and developers when land values increase through rezoning that allows for greater density.

Kettle Boffo argued that it  shouldn’t be subjected to a CAC because it was already set to deliver in-kind social and public benefits worth $39 million in the form of 30 supportive housing units and an expanded Kettle Drop-In Centre. 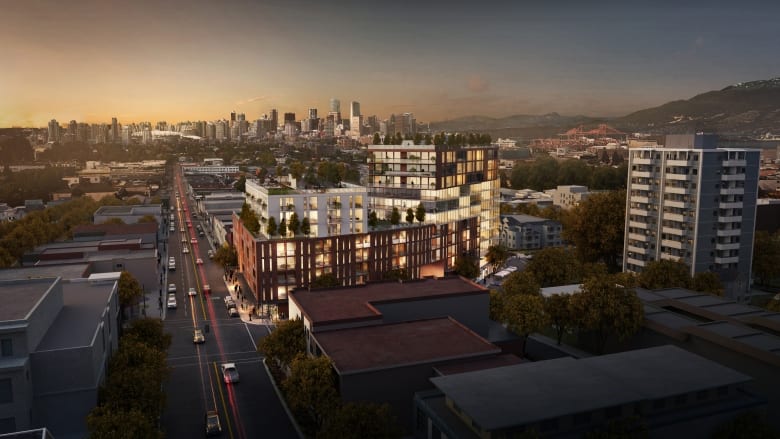 The project had been approved for a 12 storey tower with 200 units of market housing and 18,000 square feet of retail space. (Boffo Properties)

“I’m deeply disappointed after seven years and all the work,” said Boffo. “The deal breaker ultimately landed on the CAC requirement that the city put forward at the 11th hour. We couldn’t afford that.”

The City of Vancouver says it too is disappointed, but that Kettle Boffo is partly at fault, because it never submitted a CAC application, which would have started formal negotiations over how much value should be returned to the city.

“We encouraged [Kettle Boffo] many times to submit a formal application,” said city spokesman Sadhu Johnston. “So, it felt like for a long time that they weren’t in with both feet and that there was doubt about the project.”

“If the city is going to offer a rezoning to a developer, and the developer is going to get a certain amount of cash out of that …  it is the intention of the city that 75 per cent of that value comes back to the community in public benefits,” he said.

The Kettle Boffo Project had been approved for a 12 storey tower with 200 units of market housing and 18,000 square feet of retail space.

Boffo said he felt frustrated at times with the city approval process he described as “chasing moving goal posts.”

“I think it’s reflective of the flawed approach and process unfortunately that surrounded the CAC negotiation,” he said.  “It needs to be looked at more closely if project like ours have any chance of moving forward in the future.”

Keough says ultimately it’s the vulnerable people who are desperate for housing and services that are losing out.

“Our centre is bursting at the seams,” she said. “It also means 30 people won’t have homes that should have been built by now in my opinion. People are spending years on the waiting list. We have seniors who are living in hotel rooms and down the street and in parks on Commercial Drive.”

“Quite frankly, I’m shocked that [Kettle Boffo] hasn’t been able to happen.”

With files from Justin Mcelroy