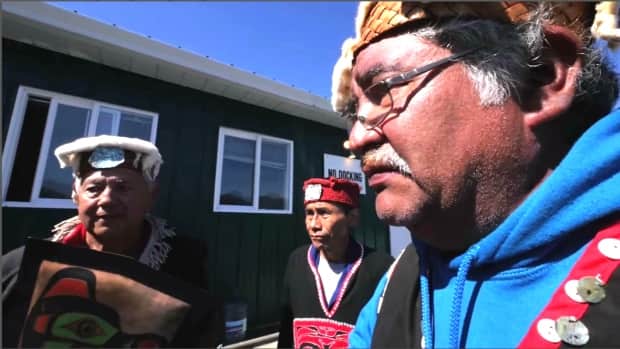 The Dzawada̱ʼenux̱w First Nation is turning to the courts to try and stop the operation of open-net fish farms in the waters in the Broughton Archipelago off the coast of British Columbia.

On Tuesday morning the nation, located in the Kingcome Inlet area of the Central Coast, filed an application for an injunction in the B.C. Supreme Court. The application was an attempt to stop the province from issuing new tenures to nine fish farms operating in the waters the nation claims Aboriginal title over.

The fish farms specified in the injunction application are operated by Marine Harvest Canada and Cermaq Canada.

Jack Woodward is representing the Dzawada̱ʼenux̱w in their legal efforts to evict the fish farm operators. He said an official of the Supreme Court stated the application for an injunction was “too complex” to be heard on Tuesday.

But he said the appearance, which lasted an hour, did reveal some new information.

He said representatives from Marine Harvest and Cermaq told the court their tenures, set to expire on Wednesday, will become month-to-month permits as of Thursday, and that they are aiming to have the province agree to convert those short-term tenures into years-long permits.

A spokesperson from Marine Harvest Canada said earlier this week the company anticipated they would be moving onto month-to-month permits after the expiration on Wednesday.

“It’s quite common for tenures that require a lot of consultation — and these do because of the multiple First Nations claims — to go into the month-to-month provision in the Land Act after the term expires,” spokesperson Jeremy Dunn told CBC News.

Woodward said the Dzawada̱ʼenux̱w don’t want the permits to be reinstated to anything longer-term.

“We want it to stay short-term and tenuous, and then we want it to be eliminated all together,” he said.

He said the nation will be back in court seeking an injunction to achieve this goal in the next couple months.

Community members have long opposed fish farms based on concern for local marine species that are integral to their way of life: salmon, shellfish and eulachon.

“Our salmon have been declining year after year. We need to stop the fish farms now and move them out before they kill off all our wild salmon,” said Hereditary Chief Joe Willie in a media release from the nation.

Willie Moon, chief councillor for the Dzawada̱ʼenux̱w First Nation and a traditional leader, said after trying to evict the fish farm operators on their own, without success, their hope is that the courts can help.

“For me, it’s just to let the government know we’re no longer sleeping, we’re awake and we want these fish farms out of our territory,” he said.

“After 30 years, we finally said enough is enough, we need to deal with it in a different fashion and so that’s what we’ve chosen is to go to the court with the province and industry.” 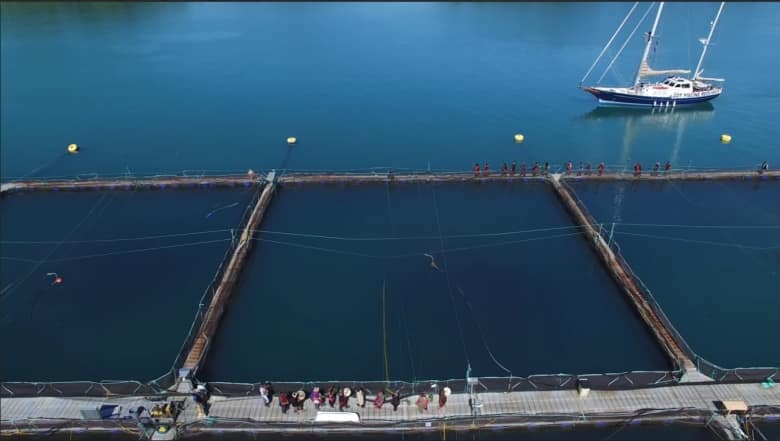 The Cermaq fish farm at Kingcome Inlet. Members from the Musgamagw Dzawada’enuxw and supporting communities boarded the farm during a protest in 2016. (Melissa Willie/YouTube)

At the core of Dzawada̱ʼenux̱w’s case is its assertion of Aboriginal title to the area. The nation filed its title claim in the B.C. Supreme Court two weeks ago.

“Hopefully there will be no new tenure leases until we get this sorted out,” said Moon.

According to the injunction application, “there is a serious issue regarding the constitutionality and legality of tenures issued under the Lands Act in respect of lands over which [the Dzawada̱ʼenux̱w First Nation] claims Aboriginal title.”

Lawyer Jack Woodward said if the Dzawada̱ʼenux̱w are successful in affirming their title to the territory in their claim it means the Lands Act would not apply in the area.

“And therefore it won’t allow the province to issue these kinds of tenures in the future,” he said.

The province has yet to comment on how it plans to address the tenures that are up for renewal, though last week it did announce the formation of a new advisory council for wild salmon protection for at-risk wild salmon stocks.

The council is tasked with coming up with recommendations for a provincial wild salmon strategy.

Moon said he sees the announcement from the province as a “stalling tactic,” adding “for the past 30 years science has been proving this industry is a danger to our wild salmon.”