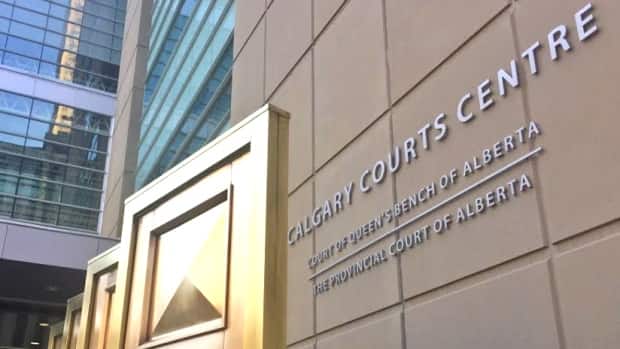 A defence lawyer who asked a young woman why she didn’t “clench [her] legs together” to prevent her father pulling down her pants and having sex with her has been admonished by a Calgary judge, who dismissed a mistrial application Tuesday afternoon.

“You would agree with me then … all you had to do was clench your legs together and your pants would have been unable to move,” said defence lawyer Krysia Przepiorka in her cross-examination of the young woman late Monday afternoon.

The line of questioning was ultimately deemed by Court of Queen’s Bench Justice Gillian Marriott to be “founded on rape myths.”

Neither the complainant nor her father can be identified. He is charged with sexual assault and incest.

After an objection from prosecutor Gianna Argento, Marriott suggested the defence lawyer’s questions were “verging on impermissible” and suggested she reconsider the cross-examination and return the following morning.

But on Tuesday morning, Przepiorka made an application for a mistrial arguing the judge had “inappropriately entered the fray and improperly limited cross-examination.”

Defence argued her line of questioning was permissible because it related to the complainant’s credibility and reliability because her story was impossible.

Marriott dismissed that application, finding “a reasonably informed person would understand the problem with rape myths and defence counsel has failed to adequately articulate the relevance of this question, and in my view it is irrelevant and inappropriate.”

Daughter afraid to say no

In her original testimony, the daughter testified she was afraid to say no to her father but she did not consent to intercourse.

The alleged victim was 19-years-old when she moved to Canada to live with her father in 2013. In 2014, he had sex with her three times. She testified she was afraid and felt she could do nothing to stop her father’s advances.

One day, the father pulled her pants down and had sex with her, according to the complainant’s evidence.

Przepiorka’s question is eerily similar to the comments made by controversial former judge Robin Camp. He asked why a woman didn’t keep her knees together to prevent an alleged rape, during a 2014 sexual assault trial.

Defence lawyers have much more leeway when it comes to the questions they can ask in cross-examination.