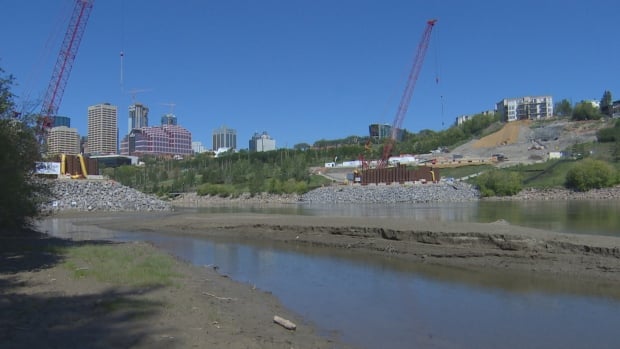 The city’s most popular unintentional attraction, Accidental Beach has returned for a second summer, and the city says they’re prepared to crack down on rowdy behaviour.

Along the shore of the North Saskatchewan River, the sandbar has returned, yet it’s currently like an island, forcing beachgoers to wade through ankle-deep waters to get there.

Its return may be exciting for many Edmontonians, but not for Lucille Berube.

“I’m worried it’s going to be the same thing. We’re going to have all kinds of people going there,” Berube said. “Young people drinking, partying and noise and all that is going to be back.”

She says the biggest issue was traffic congestion along 98A Street, which is used by residents of the condo building she lives in.

“People that live here in this complex, some of them don’t have two parking stalls downstairs so they have to have a place to park their vehicle,” she said. “Well, last summer they had to park two, three, four blocks away.”

Residents were given an opportunity to complain to city hall on May 23; Mayor Don Iveson said the behaviour of beachgoers would have to improve before they put money into it. 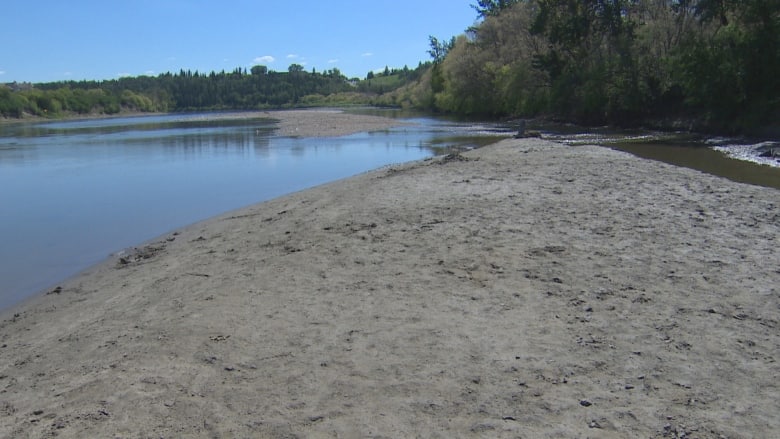 Accidental Beach was quiet when this photo was taken in June 2018, but the City of Edmonton expects beachgoers to return soon. (Travis McEwan/CBC)

Now that the sandbar has emerged again, the city has been monitoring its usage, which has been low so far. The new rules are now in effect and will be enforced by Edmonton police, park rangers and peace officers.

“No fires will be allowed. Dogs need to be on leash. No loud music and no alcohol. Very similar to a park,” said Rhonda Norman with the city’s citizen services branch.

Garbage cans, bike racks and portable toilets have been added to the entrance of Accidental Beach. Parking measures and enforcement expectations are expected within the next few weeks; signs indicating residential permit parking only will be a part of it.