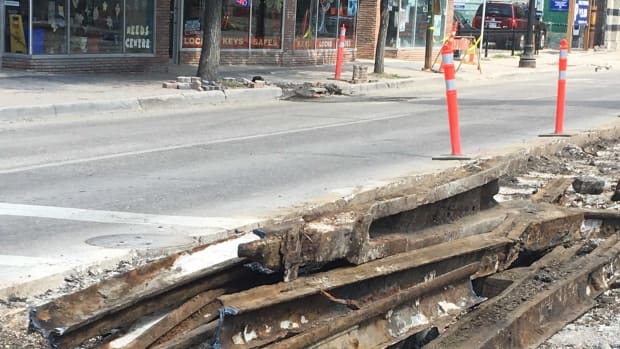 Pieces of Winnipeg’s history have been unearthed after construction crews found old street car rails beneath the concrete at the intersection of Ellice Avenue and Garry Street.

Steven Stothers owns the Winnipeg Trolley Company, which conducts tours around the city in refurbished streetcar. He also works with Heritage Winnipeg on a project to restore Winnipeg’s last remaining streetcar.

A friend saw the old rails that had been dug up and messaged Stothers Tuesday afternoon to let him know and he went down to check it out. 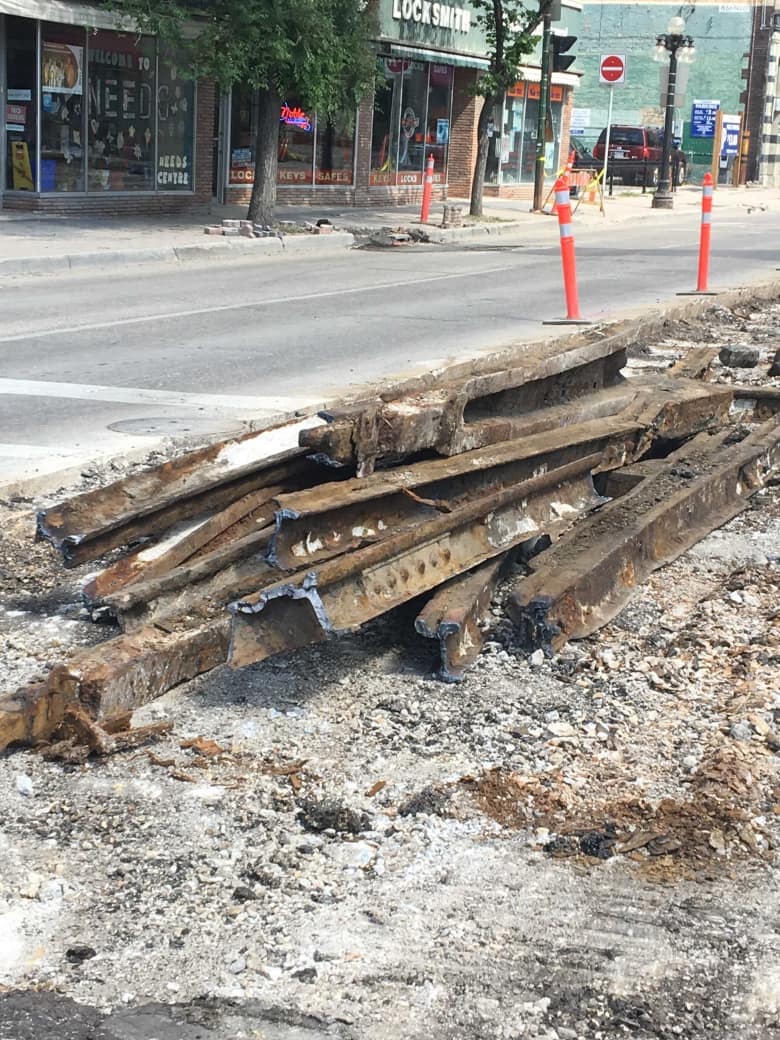 Construction crews dug up these streetcar rails at the intersection of Ellice Avenue and Garry Street. (Submitted by Steven Stothers)

“There’s a whole huge network. I’ve never seen so much rail in the last 10, 15 years being uncovered at an intersection,” he said.

Streetcar rails have been discovered in other places in city before, and periodically, pieces of the rails would pop up out of the asphalt at the Garry and Ellice intersection. 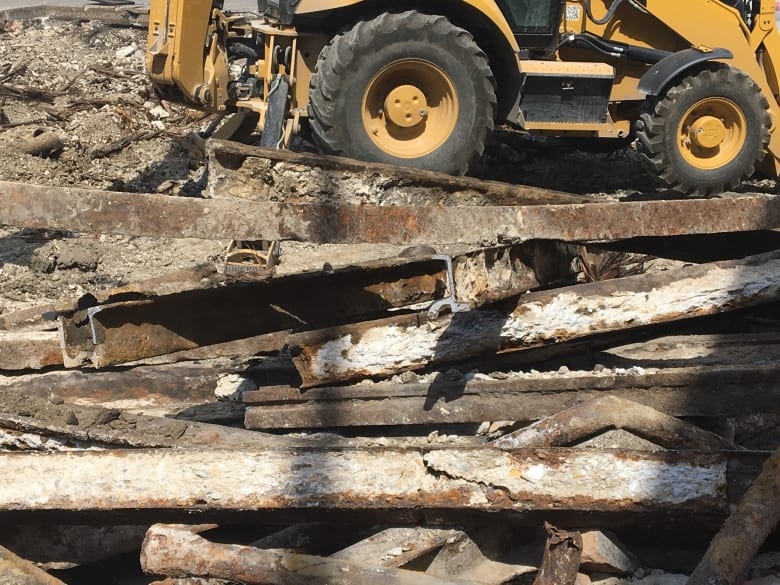 Construction crews unearthed streetcar rails while digging up concrete at the intersection of Ellice Avenue and Garry Street. (Submitted by Steven Stothers)

Stothers says he could see which direction the rails would have run, down to Notre Dame Avenue and Broadway.

“A complete network just as it was 100 years ago, preserved under the concrete,” he said.

The last streetcars were decommissioned in the 1950s, but before that they were the main mode of public transportation in Winnipeg. The recently unearthed streetcar lines were first installed some time around the turn of the 20th century and were last used in 1939, according to Stother’s research.

Stothers would like to see more being done to preserve that history. 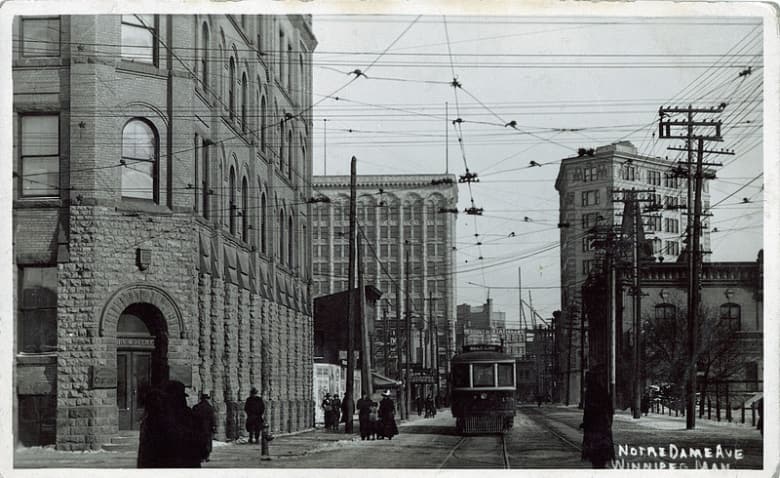 This view looking north on Notre Dame Avenue shows the Lindsay Buildng in the background, which is where the old rails were discovered. (Submitted by Steven Stothers)

“It’s kind of a shame that you’ve got perfectly good rails preserved, and again, it’s just history thrown out,” he said.

“We had 130 miles of street car track and so the downtown loop, we had all the theatres were downtown. So if you went to see a movie or a play you got on a street car.”

Stothers says he’s going to work with Heritage Winnipeg to try to preserve the cobblestones and rails. One day, he hopes to open a streetcar museum to give Winnipeggers a glimpse of what we used to have.