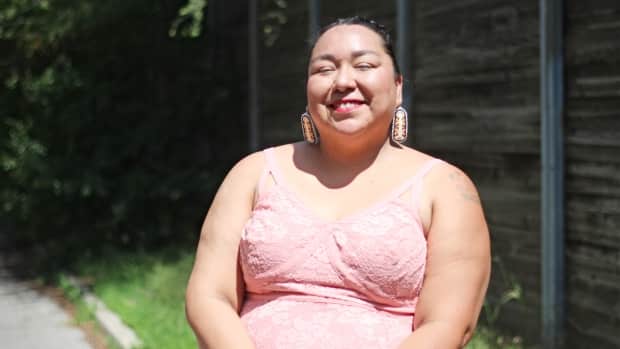 Stephanie Pangowish laughs thinking about the questions she gets as an Anishinaabe woman living in Toronto.

Are you really an Indigenous person? Do you still live in teepees?

She’s among those hoping a new awareness campaign about the city’s Indigenous history will help open peoples’ eyes to the reality that as many as 70,000 Indigenous people are living in the Toronto area.

The educational initiative on social media and bus stops, launched in time for Indigenous Peoples Day on Thursday, was produced in partnership between the city and the Toronto Aboriginal Support Services Council — with a goal of bringing awareness to the traditional territory modern-day Toronto was built on.

“This land acknowledgement will bring an awareness to Canadians that there’s a history that goes further than the birth of Canada,” said Pangowish, who works with the council. 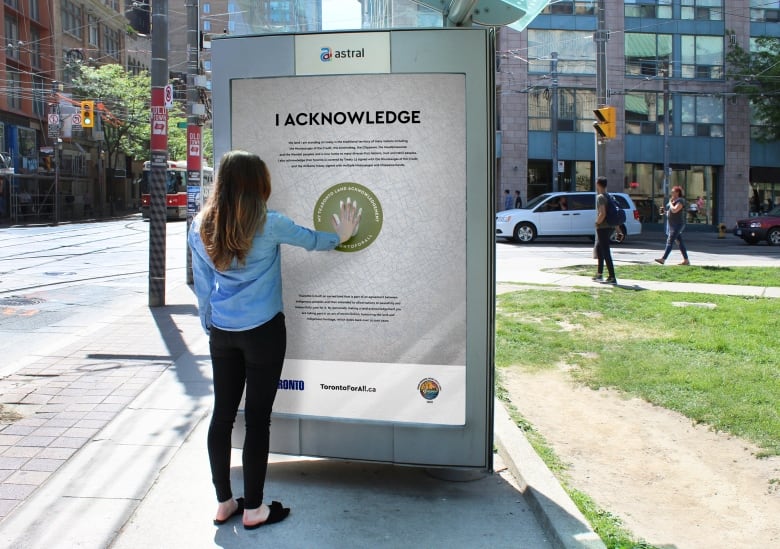 The city and the Toronto Aboriginal Support Services Council has launched a public awareness campaign this week to raise awareness about Toronto’s Indigenous heritage. (City of Toronto)

In a statement, Mayor John Tory said the city has a duty to recognize the “resilience, vibrancy and diversity” of Toronto’s First Nations, Métis and Inuit communities.

Some leaders from the city’s Indigenous communities say the city has recently made significant strides toward doing so.

“The city has been working, I think, very hard over the last couple of years to build new relationships,” said Todd Ross, chair of the Toronto and York Region Métis Council.

The establishment of an Indigenous Affairs Office at city hall, he said, is one example of the positive shift. The centralized office was something advocates had been pushing for for nearly two decades, and finally got the backing of city council last December.

This week, Tory is also participating in a sunrise ceremony to proclaim the start of Indigenous Peoples Day, and an Indigenous medicine wheel has already been added to the Toronto sign at Nathan Philips Square.

Those gestures aside, many say more needs to be done to improve the city’s relationship with Indigenous people. 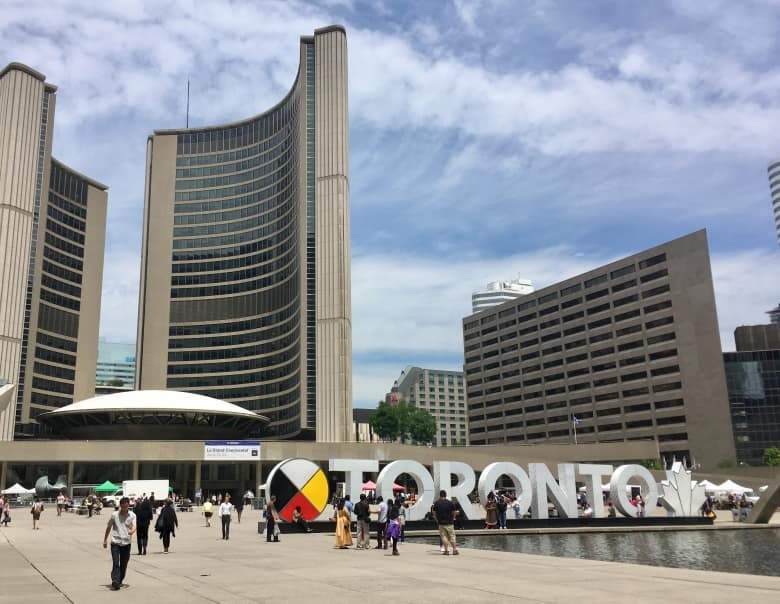 An Indigenous medicine wheel has been added to the Toronto sign in time for Indigenous Peoples Day on June 21. (Lauren Pelley/CBC News)

Ross wants to see concrete goals and targets from the new office around issues facing Indigenous communities, for instance.

“Once we peel the onion a bit, we’re going to see some significant issues with respect to housing, child poverty, and homelessness,” echoed Kenn Richard, executive director of Native Child and Family Services of Toronto, who’s on the Aboriginal Advisory Committee with city council.

Research backs up his point, with one 2018 survey showing more than 60 per cent of Indigenous adults in Toronto may be unemployed and more than a third precariously housed or experiencing homelessness.

In addition, only around 30 per cent of Indigenous adults rated their health as excellent or very good in the survey from a researcher at St. Michael’s Hospital, compared to more than 60 per cent of the general population.

More substantial policy and investments in those areas will be important in the years ahead, said Richard.

Still, even though Toronto was slow to modernize the city’s relationship with Indigenous communities, Richard and others feel things are moving in the right direction.

“There’s lots of work to do, no doubt,” he said. “There seems to be the will to have the conversation to do that work.”