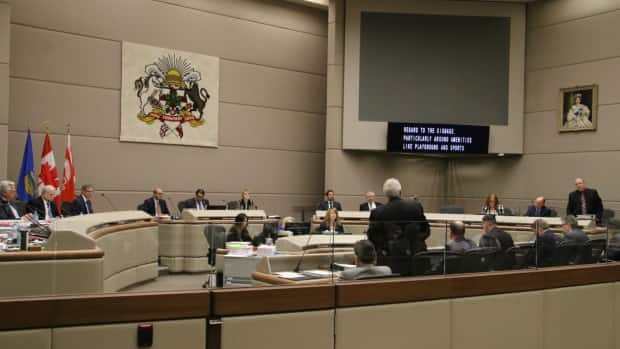 City council has paved the way for slightly higher utility bills in this November’s four-year budget.

The final budget proposal will be worked out over the next few months.

The proposal calls for essentially a freeze on water rates. It’s the wastewater and stormwater services that are making up the lion’s share of the proposed hikes.

The key drivers behind the increases are the cost of the services, the need to upgrade infrastructure and accommodating service to new communities.

Most of the new growth costs are covered through off-site levies paid by developers. But there’s a potential $80 million shortfall which will add slightly to the monthly water charge.

Utilities are different than other city services

Coun. Peter Demong noted that unlike other city services, these utilities have to be funded up front.

“You can build interchanges after a while, but you kind of need to be able to flush a toilet and turn on a tap as soon as a house is built,” said Demong.

The indicative numbers are just slightly higher than what was put before council back in April.

Administration has asked for a maximum hike to water rates of 0.5 per cent which will be dependent on how many new communities council decides can go ahead on the fringes of the city.

Mayor Naheed Nenshi said that decision will be made by the end of July and that will send a message to administration on the size of a potential water rate increase.

“When they do the final approval, they’ll just know in their minds it’s a maximum of 0.5 [per cent] and I can live with that,” said Nenshi.

The mayor doesn’t think these kinds of increases will add unduly to the total costs facing homeowners in the upcoming budget.

“This is shaping up to be a very realistic budget. We’re talking about hikes that are really close to inflation and population growth.”

One fiscal hawk says yes to higher rates, but not Farkas

During the debate, Coun. Sean Chu said he doesn’t want any increases but he’s supporting the indicative rates.

“Reluctantly, I’m going to support this. However, I encourage administration to please, in the future come up with a zero per cent increase.”

The council vote on the indicative rates was 14-1. Only Coun. Jeromy Farkas voted against the proposals.

“I continue to hear from my residents that these kinds of increases, they’re just not sustainable. They don’t happen in a vacuum,” said Farkas.

He points to other charges which could be increasing in the upcoming four year budget.

Earlier this year, council approved indicative increases in property taxes of 2.65 to 3.45 per cent for 2018 and 2.5 to 3 per cent for each of the following three years.

Waste and recycling services are also expected to cost more in the next budget.

A big unknown in the city’s budget preparations is the cost of labour for the next four years. Administration is currently negotiating new contracts with city unions.

Council will vote on the 2019-22 budget plan this November.