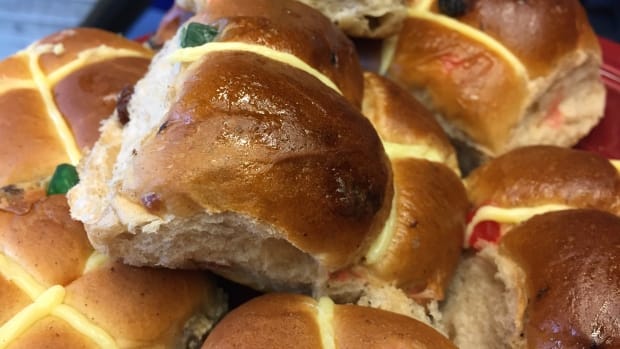 For some, they’re an Easter tradition. For others, they belong in the trash.

Hot cross buns are made with spices and candied or dried fruits, and topped with a cross made from icing, dough or a flour and water paste.

Though the buns are available at many bakeries year-round, or at least for a few months, they were once reserved for Good Friday.

Erwin’s Bakery, located in the industrial area of Kamloops, is making hot cross buns daily for the local market and for distribution all over the Interior.

“With everything that is [made from] scratch, it is a labour of love,” Erwin’s manager Nikki Oliver told CBC’s Shelley Joyce. 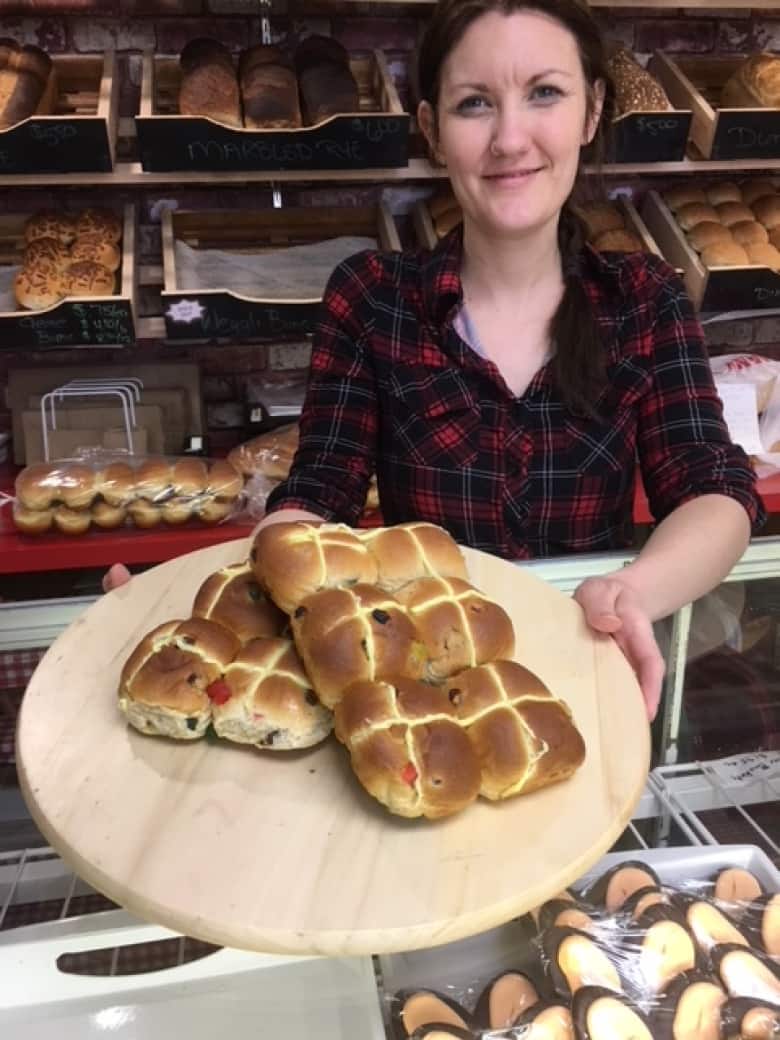 Keri Adshead of Erwin’s Fine Baking in Kamloops, B.C., is baking hot cross buns daily to keep up with the demand around the Easter long weekend. (Shelley Joyce/CBC)

Oliver said her bakery makes up to 20 dozen buns at a time in its large rotating oven.

Meanwhile, Craig’s Bakery on the city’s North Shore is sending out 70 dozen buns each day.

“These ones are a recipe that has been passed down in Craig’s family for generations,” said bakery manager Amanda Errington. “We bake them year-round. Our customers must have them. We never go without.”

From what Oliver understands, hot cross buns are traditionally consumed to mark the end of the Christian observance of Lent. She said the cross on the bun represents the crucifixion of Jesus.

In 2015, CBC food columnist Anya Levykh said hot cross buns became an Easter indulgence partly because they’re made without dairy, which is forbidden during Lent.

Few people seem to be indifferent to hot cross buns: they either love them, or hate them.

Megan Spedding of Shawnigan Lake calls the buns “the pumpkin spice of spring.”

“I am team hot cross buns, like forever and ever,” she said.

“Yummy cut in half, toast in oven for a bit, butter,” said George Quocksister Jr. of Campbell River.

Oliver says that while she typically toasts her hot cross buns and slathers them with butter, she’s been known to walk by the counter and quickly stuff a whole bun in her mouth.

On the other hand, some people, like Prince George’s Joe Renner, hates them.

“Hate is not a strong enough word. Only thing worse is Christmas cake,” he said.