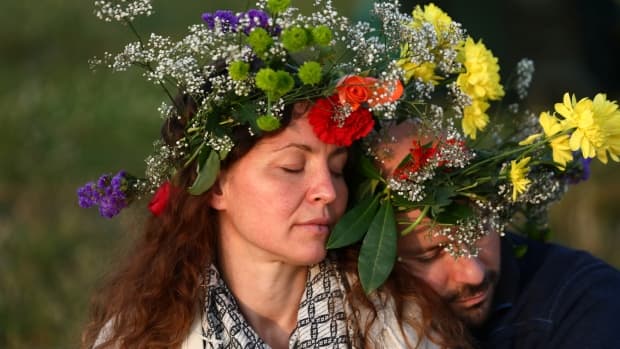 After a long, monotonous winter and freakishly chilly spring, New Brunswick is more than ready for its time in the sun.

Thursday, June 21, is the summer solstice — the longest day of the year for those of us in the Northern Hemisphere, and the first official day of summer.

These are good excuses for parties and celebrations — and any excuse for a party is great with me.– Curt Nason , astronomer

It’s a big moment for sun-worshippers, Wiccans, and anyone who enjoys a big ol’ bonfire.

From bonfires, to folk beauty rituals, to communing with nature under the night sky — here are some facts and traditions to help you ring in the solstice appropriately.

First: what the heck is the solstice?

In Atlantic Canada, the solstice happens at precisely 7:07 a.m. Thursday.

That’s when the sun reaches its highest point of the year at the Tropic of Cancer, and the Earth’s axial tilt is at its most inclined toward the sun in its whole, 365-day orbit.

New Brunswick will get 15 hours and 45 minutes of daylight on Thursday before the sun sets at around 9:20 p.m. That’s more than seven more hours of light than on the shortest day of the year in December. 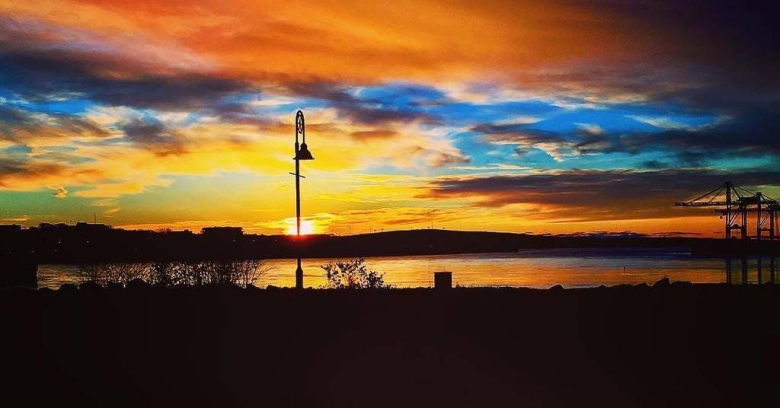 A Saint John sunrise. On Thursday – the summer solstice – New Brunswick will receive 15 hours and 45 minutes of daylight. (Submitted by designchicphotography)

Saint John astronomer Curt Nason describes the Earth’s relationship to the sun as akin to pointing a flashlight on a table.

“If you point it straight down, you’ll see bright light,” he said. “If you tilt the flashlight, the light gets spread out more.”

On Thursday, the Earth is getting the full concentration of the sun’s beams. 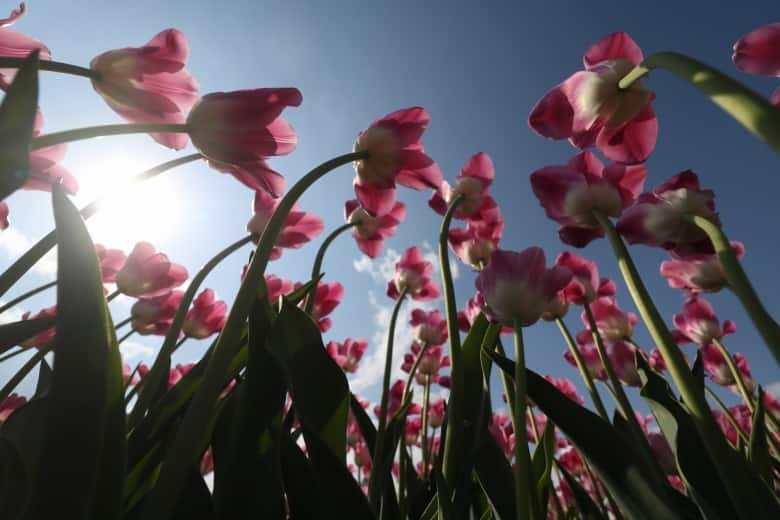 Washing your face in the morning dew of the summer solstice is supposed to make women more beautiful, if you believe in that kind of thing. (Trevor Pritchard/CBC)

In most parts of the province, “you might have total darkness for an hour or less, and in northern New Brunswick it doesn’t ever truly get dark around the solstice,” Nason said.

More of a morning person? You’re also in luck.

Folklore holds that washing your face in the morning dew of the summer solstice has both anti-aging properties and can make women appear more beautiful.

Some believe the prehistoric monument at Stonehenge was erected around 2500 BCE to establish the date of the solstice.

In medieval Europe, the summer solstice was marked with huge bonfires. Daring peasants who could jump over the fire without falling in were said to win good luck for the rest of the year. 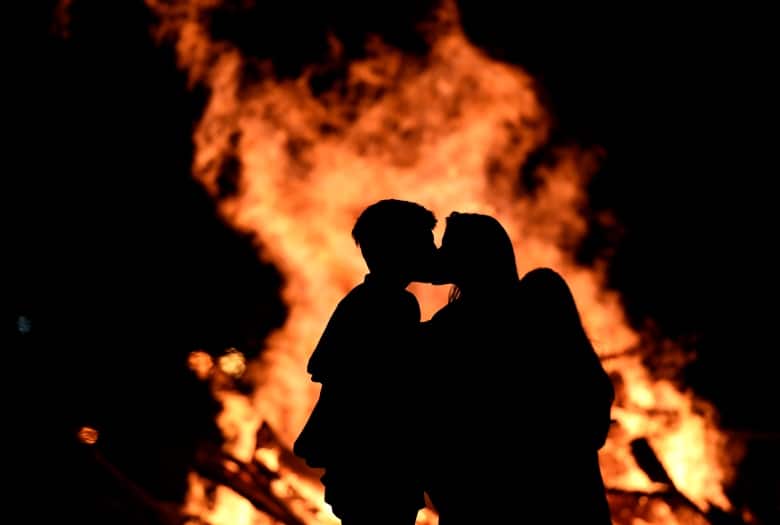 A couple kiss next to of the bonfire on the Poniente Beach celebrating the summer solstice in Gijon, Spain, on June 24, 2017. (Eloy Alonso/Reuters)

Saint Johner Tasha Thibodeau has been a practitioner of witchcraft for 17 years.

The solstice is best celebrated with a fire, “which symbolizes the warmth of the sun,” Thibodeau said. “Fire is our way as humans to bring that sun energy down to Earth.”

While you’re out enjoying the bonfire, it’s a good idea to look up, according to Nason, who said midsummer is “a great time to look at the moon.” 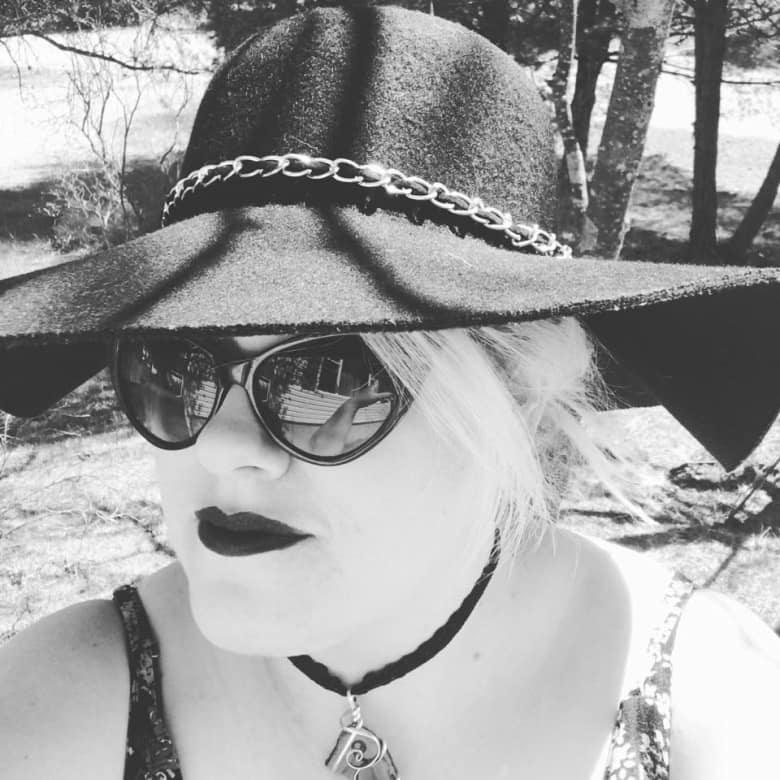 Saint Johner Tasha Thibodeau, who practises witchcraft, said the solstice is best celebrated with a fire: ‘Our way as humans to bring that sun energy down to Earth.’ (Submitted by Tasha Thibodeau)

Venus can also be seen with the naked eye in the western sky, Jupiter in the south, and Saturn rising in the late evening.

“This summer, Mars will be at its best viewing in 15 years,” Nason said, rising at approximately 1 a.m.

It’s also, according to Thibodeau, an ideal time for making offerings to tree spirits and for divination: whether tarot cards, pendulums, or “scrying, which is when you stare into a bowl, a mirror, or a crystal ball to see visions.”

“The veil is thinner and you can tap into those energies.” 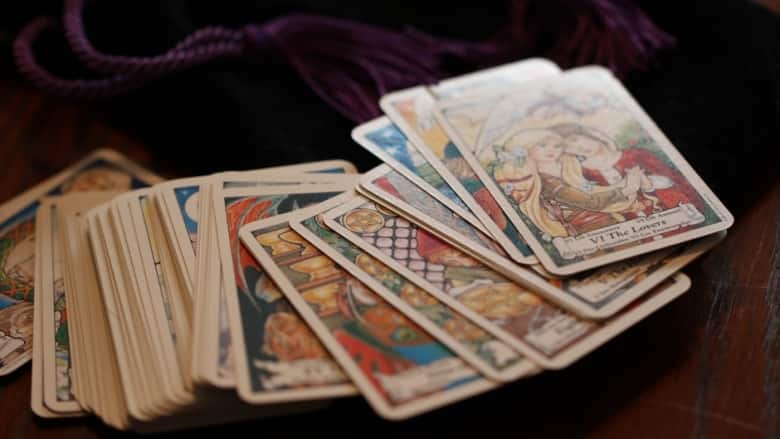 Whether you’re interested in tarot cards, pendulums, or using a mirror or crystal ball to see visions — the summer solstice is a good time for it, according to Thibodeau. (CBC)

The solstice is closely linked with St. John’s Day — Saint-Jean-Baptiste Day to francophones — observed June 23 and 24 in Quebec, Spain, Portugal, and Estonia.

Christians, unhappy with the pagan celebration of the solstice, attempted to co-opt the festival by naming June 24 as the saint’s day.

It’s a strange coincidence, given the summer solstice’s strong association with St. John and fire, that two major conflagrations in Saint John’s history have broken out around June 21. 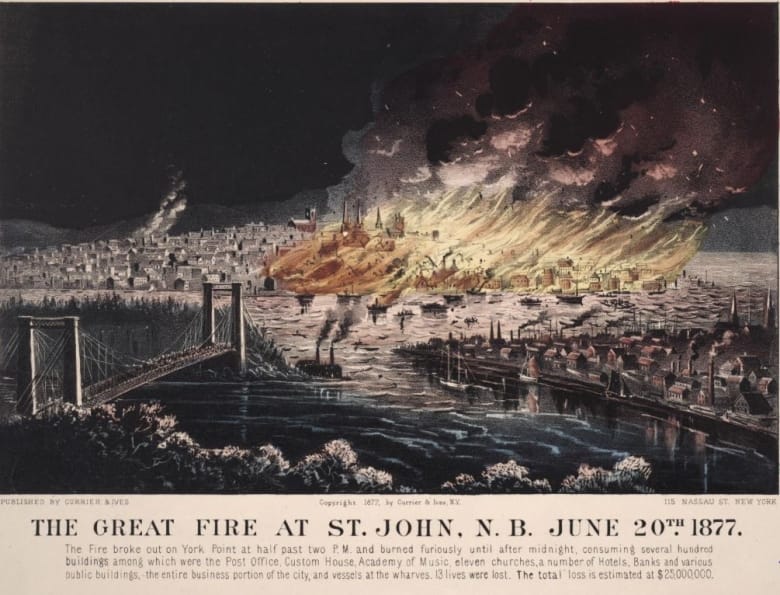 The Great Fire of 1877, which destroyed two-thirds of Saint John, broke out around the summer solstice. Strangely, the city of Saint John has never officially marked St. John’s Day, an observance closely linked with fire and the solstice. (Saint John Free Public Library)

Weirdly, the city of Saint John has historically overlooked its patron saint.

As an 1894 Saint John newspaper article put it: “St. John’s Day has never been celebrated by the people of this city as an anniversary, although it is certainly a more remarkable one than even the 18th of May [traditionally celebrated as Loyalist Day in Saint John] … nevertheless, this day must always be regarded with interest.”

Any excuse for a party

Whatever your beliefs, the summer solstice is a time to slow down and appreciate the arrival of summer, Thibodeau said.

“You don’t have to be pagan, or a witch, or Wiccan, to celebrate nature,” she said.

In addition to the dew-bathing and bonfires, she suggested snacking on the many local fruits and berries that are in season, or toasting a glass of fruit wine.

Nason agreed the solstice is a great excuse to get out and enjoy the weather.

“A lot of people use the solstices and equinoxes, the quarter-points, as celebration points,” he said.

“You look at Groundhog Day, May Day, Halloween. These are all quarter-points between solstices and equinoxes.

“These are good excuses for parties and celebrations — and any excuse for a party is great with me.”