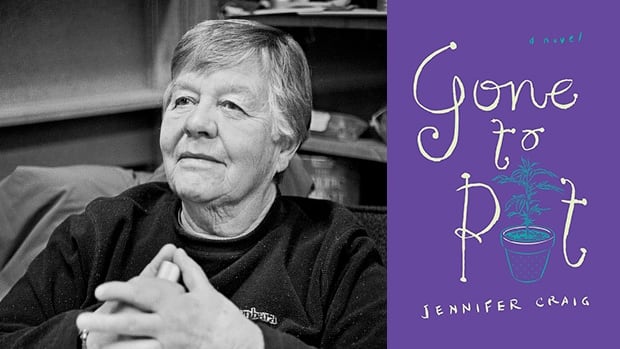 Celebrated humorist Jennifer Craig was recovering in a B.C. hospital Tuesday, a little more than a week after suffering a stroke in Ontario, where she was awarded the Stephen Leacock Medal for Humour.

The 84-year-old acknowledges she faces a long road to recovery, but says she has maintained her sense of humour despite sustaining damage to her right side, making it hard to walk and write.

“I have a great life, I’m going to take advantage of it,” Craig said in a phone interview from her hospital bed.

Craig’s stroke followed a roughly 11-hour trip to Orillia, Ont., from her home in Nelson, B.C., for a weekend of festivities earlier this month.

She was accompanied by her daughter, Juliet Craig, who says she was less enthused about the cross-country trek, knowing it could tax her mother’s health.

Every time they drove past an Orillia hospital on their way to and from an awards event they dryly joked, “We’re not going there!” the younger Craig recalled when the pair were reached by phone Saturday. They confirmed that Jennifer Craig was still in hospital Tuesday. Things didn’t exactly go as planned.

The night before the June 9 awards gala, Jennifer and the two other finalists attended an event hosted by Orillia’s mayor.

As Jennifer approached a set of stairs to accept a certificate, she realized her leg “wasn’t working,” said Juliet. The mayor walked over to hand Jennifer Craig the certificate, but as she returned to her table, the former nurse told her daughter she thought she was having a stroke.

Paramedics rushed the author to the hospital and as her mother underwent treatment, it dawned on Juliet that she would have to deliver the acceptance speech if her mother won the annual literary humour award.

And indeed she did.

“At that moment, you’re like, ‘Do I laugh or cry?”‘ said Juliet Craig. “It’s been a bit of a roller-coaster ride.”

Hours before the ceremony, she asked her mother to recite her remarks just before nodding off from medication.

“I’ve never had to prepare a speech that quickly, for somebody else, trying to represent her, that had to be funny to a roomful of award-winning humorists,” Juliet Craig said. “No pressure there at all, right?”

Jennifer Craig said she has been in good spirits despite her health ordeal, and was still basking in the glow of claiming the $15,000 grand prize for her book, Gone to Pot, published by Second Story Press.

“If there was one award I would have liked, it was that one,”she said.

And she added that she was thrilled with her daughter’s performance, which she watched on video after Juliet returned with the good news.

“I cuddled the award,” Jennifer Craig said. “When they say medal, they mean it. It’s a very heavy, loud thing.”

Plotting her next novel

After she was cleared by doctors to return to B.C., Juliet Craig said she found her mother weeping in the corner of their hotel room as they prepared for their nearly half-day journey home June 15.

“I thought, ‘Oh, it’s all hit her. The stroke. Her rehab. The future work she’ll have to do,”‘ she said.”I came up to console her, and she was clutching the medal to her heart. ‘I won, I won! I’m so excited.’ She was weeping with joy.”

With her writing hand still impaired, Craig said she’s plotting out her next novel in her head.

But her daughter says any future book tours will be limited to venues within an hour’s drive of Nelson: “She’s the worst travel companion I’ve ever known, and I am never ever going far again with her,” she quips.

Craig’s novel, Gone to Pot, tells the story of a B.C. grandmother who, after losing her job, takes to growing marijuana in her basement.

Her previous work includes a memoir about her time working as a nurse in the United Kingdom before immigrating to Canada in the 1960s.