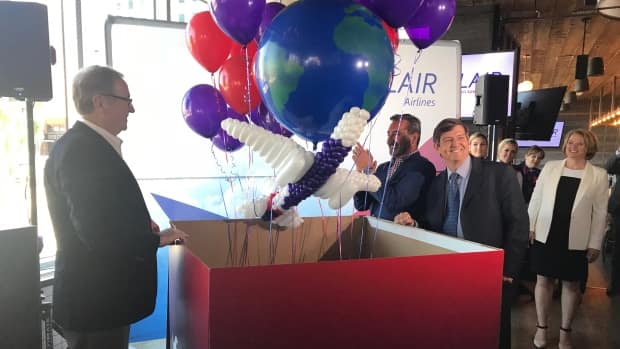 The low-fare airline currently based in Kelowna says as many as 300 employees, including the airline’s executive, will eventually be working out of Edmonton.

“We are thrilled today, to be declaring that Edmonton is our new main transfer hub,” said David Tait, Flair’s executive chairman. “As such, that makes us Edmonton’s hometown airline.”

Flair Airlines settled on Edmonton because of the airline’s popularity in the city and the growth potential it sees at the airport, Tait said.

The airline recently hired 30 new flight attendants and says it will relocate as many as 40 current employees from Kelowna to Edmonton, with others coming from Winnipeg and other centres across the country.

“Last week, we actually doubled the amount of flying on a weekly basis we were doing and 65 per cent of that flying comes through Edmonton which is quite remarkable,” Tait said. “That flying now takes us from Victoria to Halifax,”

The airline also hinted at expanding further in the winter months with flights heading into southern California, hinting Palm Springs and Disneyland may be possible destinations. 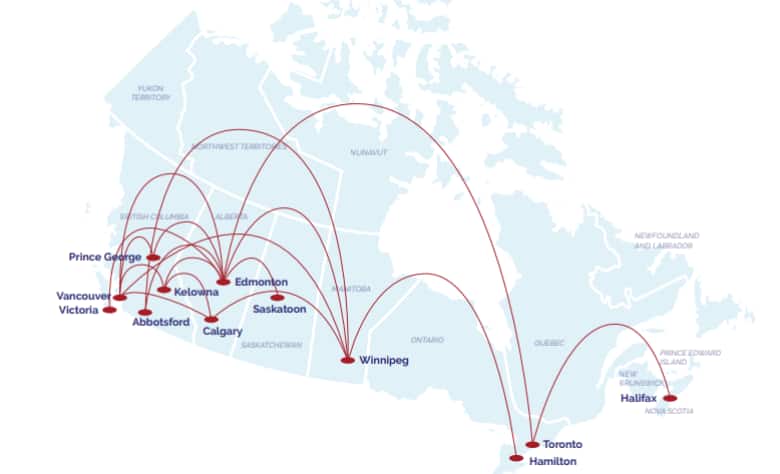 And though WestJet recently launched its own discount courier, Swoop, Tait said he welcomes the competition.

“What this country has needed in this area is competition for years,” Tait said.

“It’s a question of keep being a thorn in the side of your competition and leveraging that smallness so we’re very excited about what we can do in this country, and flying south of the border as well.”

Having Flair based in Edmonton is good news for the airport and the city, said Edmonton Airports president and CEO Tom Ruth.

“This really fits in, in terms of again the jobs, the investment, and the economic development,” Ruth said.

More non-stop flights means more passengers are flying through the region, he said.

“To have Flair come in and commit to put their hub here is great because it continues with all our airline partners to offer more options for the flying public.”

On its website, Flair Airlines advertises direct flights out of Edmonton to seven Canadian cities, with the cheapest starting at $49 one-way to Abbotsford, B.C.