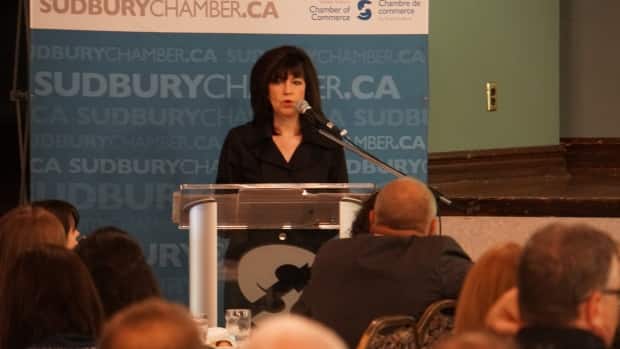 She made the comments as the guest speaker at a Greater Sudbury Chamber of Commerce event Thursday.

“I think I’m hopeful that through discussion, the accounting adjustments will be made and that Ontario can go back to having clean audit opinions,” she told reporters at the event. “I’d love to sign a clean audit opinion for Ontario.”

Lysyk was asked about working with Ford in the near future, and what she thinks about his plans to cut into the close to $325 billion debt accrued by the province. 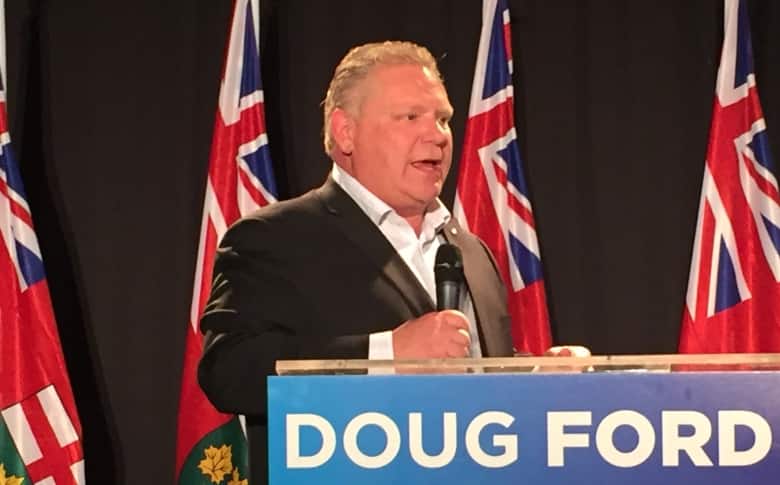 Ontario’s Auditor General Bonnie Lysyk spoke about what she hopes from the future PC government that will be led by Doug Ford. (Benjamin Aubé)

“You know what, I can’t presume anything,” she said. “I think we’ll just see how things roll out. We’re open to working with administration, working with government, and so, [we] just look forward to have an opportunity to talk about the accounting issues.

“It’s not for me to comment on whether the debt is the right amount or not, and how to resolve that. It’s more just making sure the debt figure is correct, and that’s what my office does,” she added.

Lysyk touched on the numerous audits still underway at her office in connection with the 2017-18 provincial budget.

Those include a review of Ontario’s Student Assistance Program (OSAP), and a closer look at the use of consultants and advisers in government.

At the Sudbury event on Thursday, Lysyk also touched on her scathing October 2017 report on the Liberal government’s Fair Hydro Plan.

Her office found that, in reducing residential electricity rates by an average of 25 per cent, “the government created a needlessly complex accounting and financing structure for the electricity rate reduction to avoid showing a deficit or an increase in net debt in its budgets and financial statements.”

Investment costs that will eventually fall on the backs of ratepayers were incorrectly counted as revenue in the current budget, according to Lysyk.

“Down the road, if at some point a government decides to bill customers to reduce the debt, then it will show up as additional collections in revenue, but who knows if that will happen,” she added.

Lysyk reiterated it’s not her job, as an impartial auditor, to comment on policy decisions. She explained her office doesn’t have the power to enforce the recommendations it makes in its reports, and it’s solely up to government and the legislature to act on them.