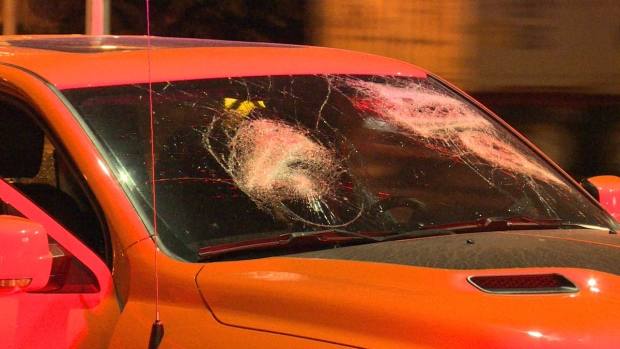 Two men were taken to hospital with serious head injuries after what police described as a “violent assault” at the border of Peel and Halton regions early Wednesday morning.

Police were called for reports of a fight near Winston Churchill Boulevard and Steeles Avenue shortly after midnight. They found three injured men in an orange pick-up truck.

The men were headed southbound on Winston Churchill and had stopped at a red light when other vehicles pulled up, Halton police Sgt. Duane Bilton told reporters at the scene. Several males then surrounded the vehicle and starting hitting the three men with baseball bats, he said. 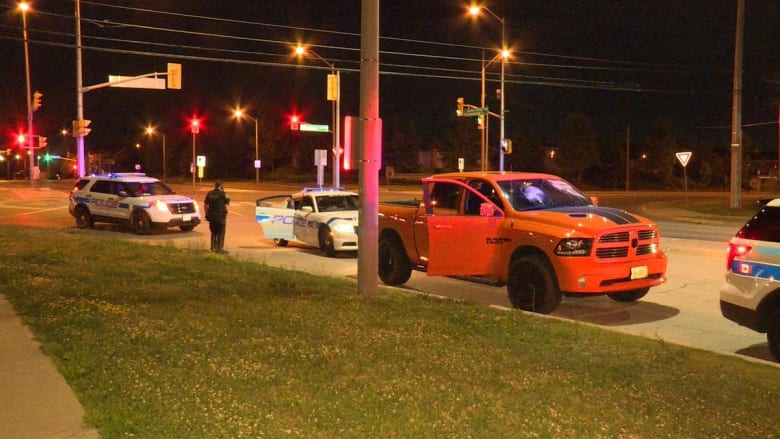 Police pulled over a truck with three injured men inside early on Wednesday. (Tony Smyth/CBC)

In a news release issued earlier Wednesday morning, Halton police characterized the incident as a “targeted attack.” The attack appeared to be linked to a financial debt, Bilton later explained, but he did not have further details.

The driver of the pickup was attempting to get the more seriously injured victims to hospital when police pulled the truck over, Bilton said.

Two of the victims suffered serious head injuries and were taken to hospital. The third victim suffered minor injuries.

The victims range in age from 26 to 30, and are all from the Brampton area, according to the news release.

“Halton police believe this was a targeted attack and all parties are known to each other,” the release said. “This is not a random incident and there is no threat to public safety.”

Bilton could not speak to the nature of the relationship between the three victims.