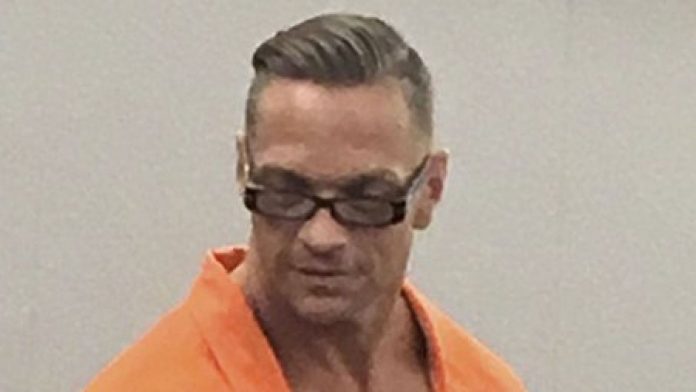 A murderer who sawed up one of his victims and stuffed the remains into a suitcase for disposal is to be injected with a never-before-used lethal cocktail of drugs when the US state of Nevada carries out its first execution since 2006.

Scott Raymond Dozier – who has been on death row since 2007 for separate murders in Phoenix and Las Vegas – will be injected with a combination of the sedative diazepam, the powerful painkiller fentanyl, and a paralysing drug known as cisatracurium at Ely state prison on 11 July.

His most notorious crime was the brutal killing of 22-year-old drug associate Jeremiah Miller in 2002, who he shot dead at a motel on the Las Vegas Strip before mutilating the body and hiding the remains near an apartment complex.

The warrant for his execution has been signed off by district court judge Jennifer Togliatti despite challenges by lawyers and a rights group, who argue that the planned procedure would be less humane than putting down a pet.

Prison officials have said that that one of the drugs – cisatracurium – will prevent Dozier from feeling any pain, although the 47-year-old has said he would not care and has expressed a willingness to die.

A spokeswoman for state governor Brian Sandoval has played down any chance of the Republican intervening, although he does have the power to suspend an execution within 60 days of the sentence being handed down.

If he did, the case would then be passed on to the state pardons board, which is made up of the governor, Supreme Court justices and the attorney general.

Barring a late change of heart from Mr Sandoval, Dozier is to become the first person put to death in Nevada in 12 years, when Daryl Mack was executed for a rape and murder he committed in 1988.

Dozier will also be the first prisoner to be given a lethal injection since a new execution chamber was opened at the prison in 2016.