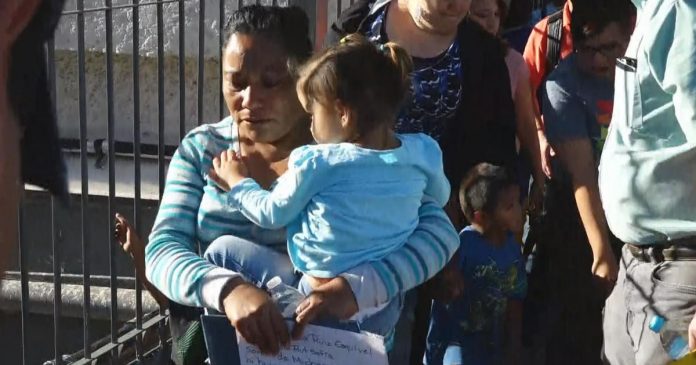 EL PASO, Texas — Hundreds of people lined up on the bridge to the U.S. just south of El Paso on Wednesday, hoping for asylum. Many are women and children who say they’re fleeing violence, including one Mexican grandmother who talked to two days ago.

She told us she was scared to be separated from her family, but on Wednesday, she decided to cross the border with her granddaughter hours before President Trump reversed his decision to separate children from their families. Immigration advocate Ruben Garcia is helping her. At the port of entry, he spoke to Border Patrol agents about allowing her through.

After getting to U.S. soil, saw two families that had been asking for asylum taken into an inspection area.

“What you saw today is the way that it’s supposed to happen,” Garcia said. “It’s the way that it has been happening for years and years and the only thing that’s changed is this policy of placing officers on the international line and not allowing refugees to step over.”

The families that followed were some of the first to reap the benefits of the new executive order. When they leave the port of entry and head to a holding facility, they will not be separated, including the grandmother and granddaughter from Mexico.