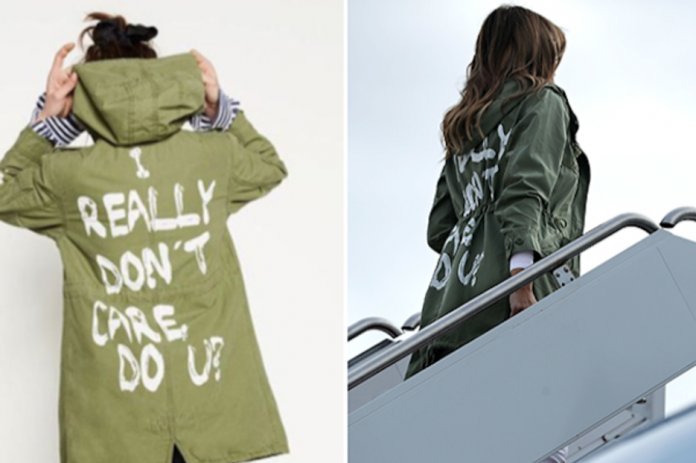 The First Lady wore the $39 khaki green Zara jacket upon arrival at Andrews Air Force Base in Maryland.

Her anorak bore the controversial phrase in large white graffiti-style writing across its back.

Despite severe criticism online, Melania’s spokesman Stephanie Grisham insisted there was no hidden message behind the jacket.

She told MailOnline: “”It’s a jacket. There was no hidden message. 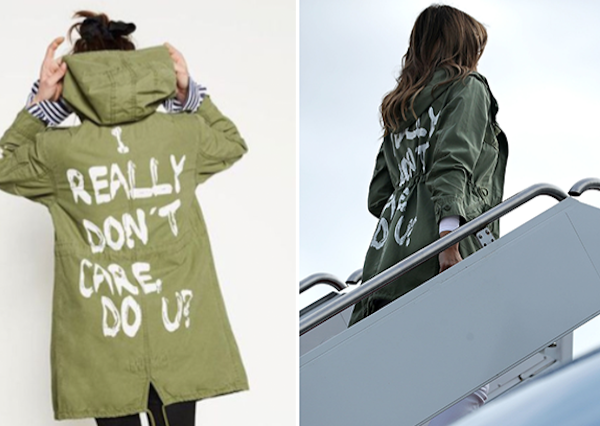 
OUTRAGE: Many deemed the outfit insensitive

“After today’s important visit to Texas, I hope this isn’t what the media is going to choose to focus on.”

Melania broke her silence on the detentions which have seen immigrant children separated from their families earlier this week.

Journalist Nina Terrero hit out at the First Lady, writing on Twitter: “Melania Trump wears Zara on a visit to a Texas children’s shelter in an overture to appear as one of the good people…

“[She] fails to take a good, hard look at herself in the mirror beforehand! #tonedeaf.” 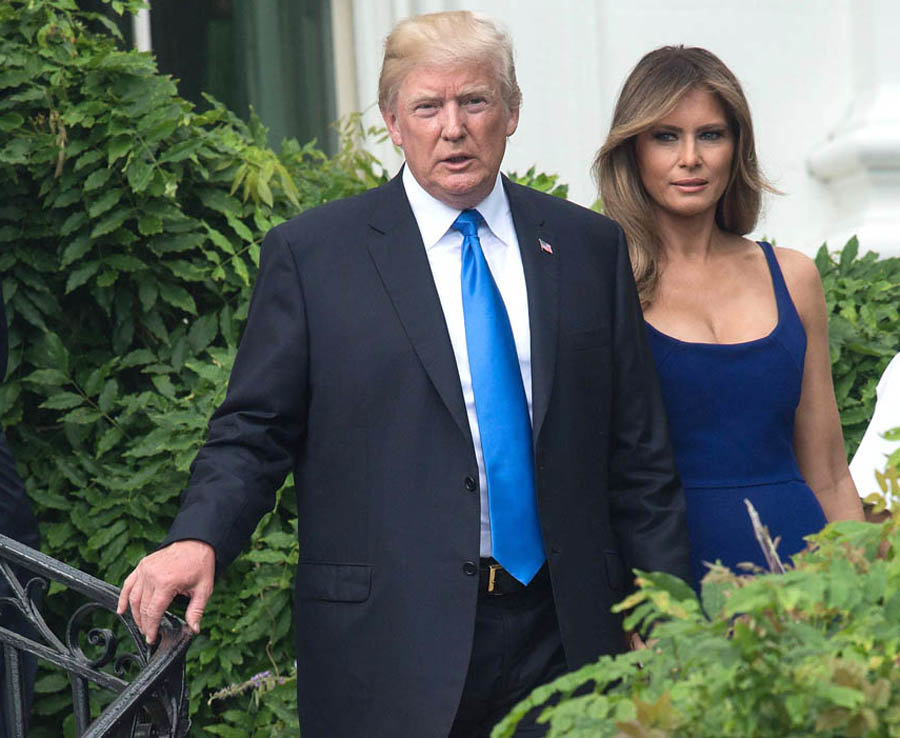 Another added: “Feckless stunt…[Melania] doesn’t care and is mocking anyone who does.”

The controversy comes after her husband Donald performed a U-turn on Wednesday, signing an executive order to reunite the families.

Some went as far as comparing the centres to “concentration camps”, a claim rubbished by members of Trump’s senior team.