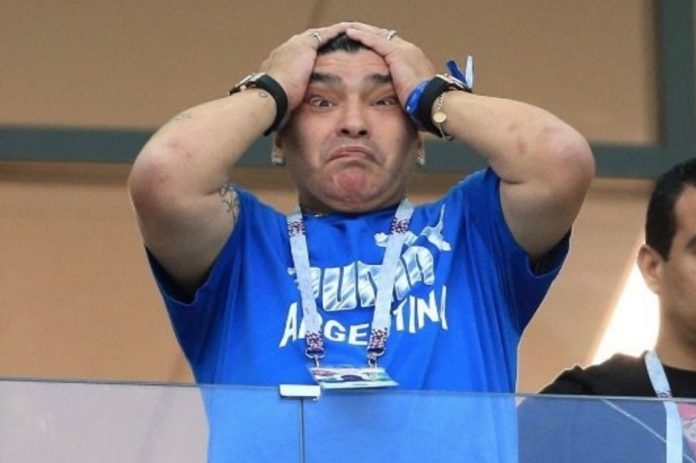 Maradona, 57, watched the game in the VIP seats at the Nizhny Novgorod Stadium.

Before kick off, the 1986 World Cup winner was seen circling the shirt around his head before giving it a kiss.

But at 3-0 down, the Argentinian was pictured with his hands over his head, with some questioning whether he was crying.

Thousands of people took to Twitter to give their thoughts on the situation. 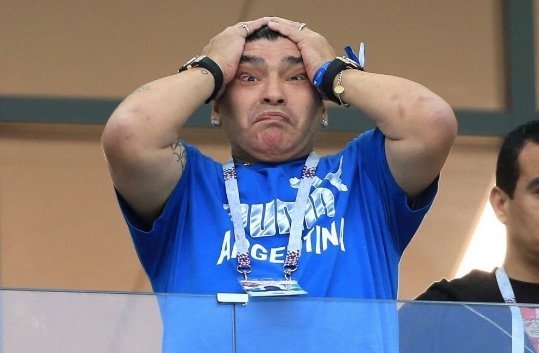 One wrote: “Is that the champ crying? Just emulating how we are all feeling”.

Another said: “If Maradona were to be the coach, rest assured that nobody in that team is going back to their hotel this night.”

“We are all feeling how Maradona looks right now,” another shocked fan wrote.

Another joked: “Where’s your hand of God now?” 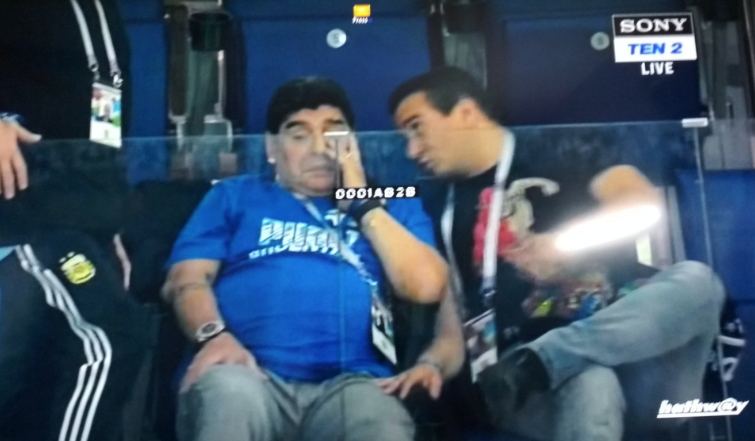 
MOCKED: Some fans said the star looked like he was crying

Maradona is in Russia serving as a pundit, and is clearly enjoying himself in the stands.

He is widely regarded as one of the greatest footballers ever to lace a pair of boots, with many holding him as the greatest ever in the sport.

The footie ace famously knocked out England of the 1986 World Cup with the “Hand of God” goal.

He leapt for the ball with England keeper Peter Shilton, 68, before using his hand to punch the ball into the net. 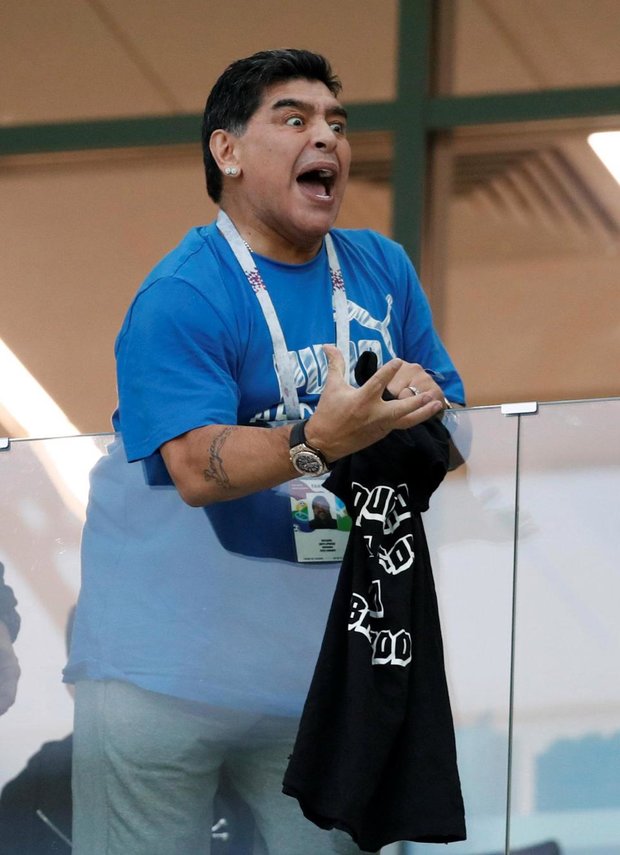 
CLASH: Argentina legend Diego Maradona was in a buoyant mood before kick-off

Argentina needed to win tonight to have any real chance of keeping their hopes of top spot in the group alive.

It came after Messi missed a crucial penalty in the 1-1 draw against Iceland on Saturday and will be hoping to put the struggle of that game behind him tonight.

But there was plenty of people defending Messi – one of them being the great Maradona.

He tried to comfort Messi by claiming he once missed five penalties in a row. 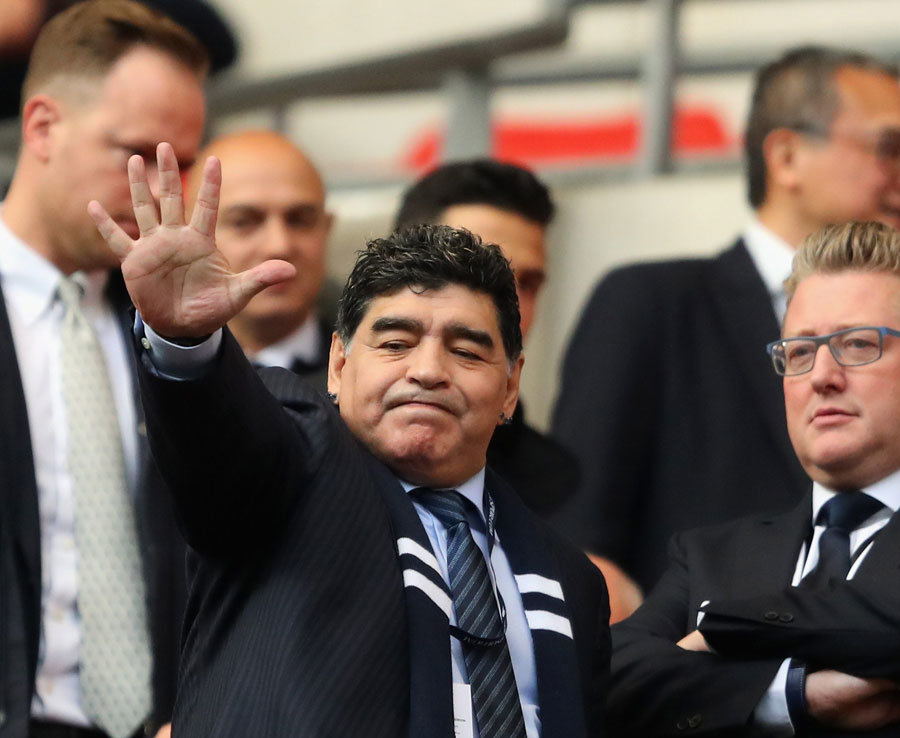 “I missed five penalties in a row and I was still Diego Armando Maradona,” he said.

“The game and the two points lost by the team are not down to his penalty. He showed his face and gave everything he had to give. The “kid” did his duty.

And before Argentina kicked-off their second group match against Croatia, Maradona showed his support for the five-time Ballon d’Or winner once again.

He held a ‘Messi 10’ jersey out in front of him before giving it a massive kiss.