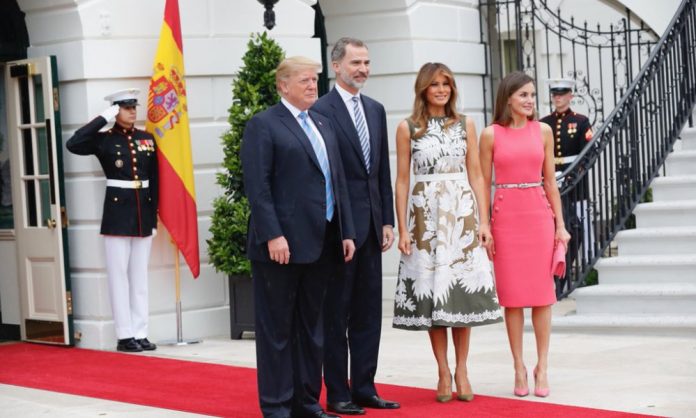 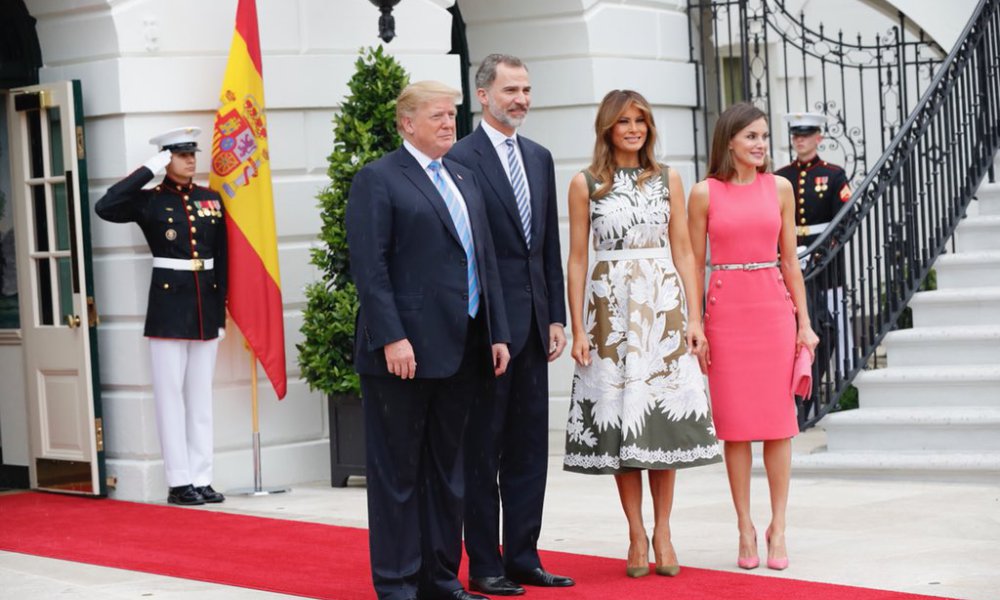 King Felipe and Queen Letizia of Spain were welcomed to the White House yesterday by President Donald Trump and First Lady Melania Trump.

Their Majesties, the President and First Lady held a private meeting in the Oval Office after the official welcome, where Letizia was spotted kindly placing her hand on Melania’s back as they entered the building. At the conclusion of the meeting, the First Lady and Queen Letizia went to the Executive Residence via the Rose Garden Colonnade where they had tea. The First Lady later tweeted, “A great visit with the King & Queen of Spain at the WhiteHouse today. Queen Letizia & I enjoyed tea & time together focusing on the ways we can positively impact children.” 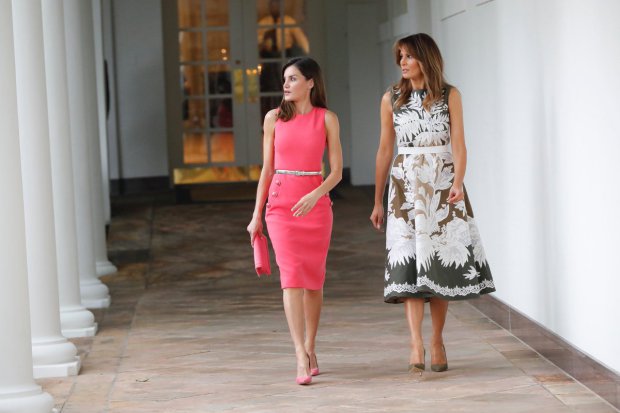 Meanwhile, their husbands remained in the Oval Office for more discussions.

About Their Majesties visit, President Trump remarked, “It’s a great honour to have the King and Queen of Spain. It’s a beautiful country. We were in Spain not so long ago, and we love it. Our relationship has been outstanding over the years.” 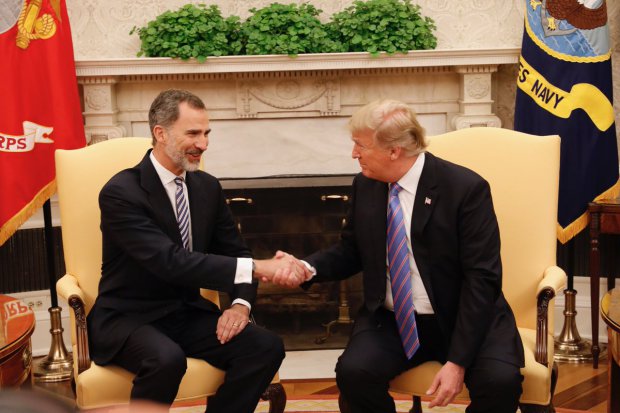 King Felipe, in English, also stated, “This is a great end to a perfect trip. We appreciate very much our common history, our heritage.” This was not the King’s first trip to meet a US President. He met former President Barack Obama back during a 2015 visit. His Majesty, who graduated from D.C.’s Georgetown University, has been to the White House six times, but only two have been since he ascended the throne in 2014. 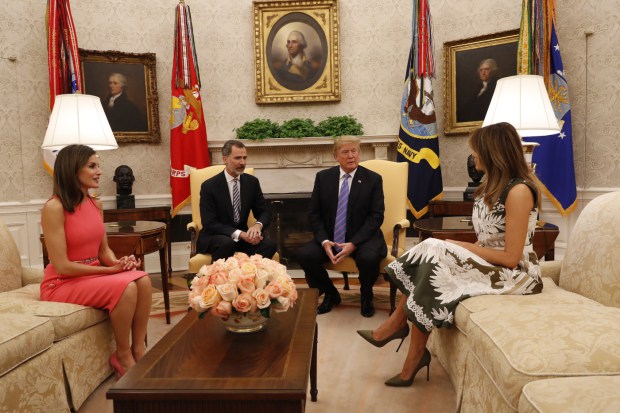 The King and Queen arrived in Washington D.C. on Monday afternoon after leaving San Antonio, Texas, where they had spent the previous two days. They were accompanied by Spain’s Minister of Foreign Affairs, European Union and Cooperation, the Ambassador of Spain in the United States of America and his wife, the Ambassador of the United States of America in Spain and the High Commissioner of the Government for the Spain Brand.

Upon their arrival in the US capital on Monday, they were welcomed by the US Chief of Protocol, Sean P. Lawler. They then had time to rest before a busy day on Tuesday.

King Felipe visited the headquarters of the World Bank yesterday morning to have a meeting with its president, Jim Yong Kim and also speak to a group of Spanish officials working with the organisation. His Majesty then met the President of the Inter-American Development Bank (IDB), Luis Alberto Moreno. 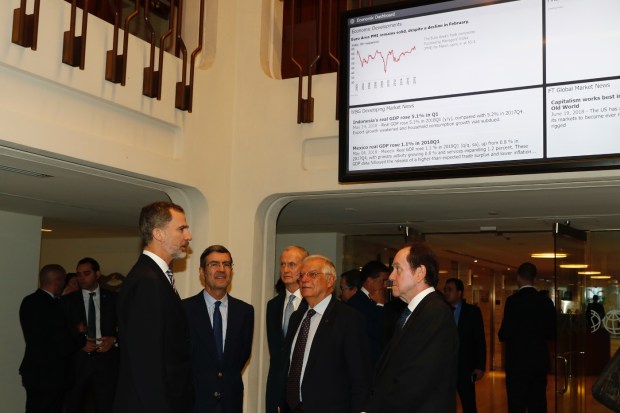 After Their Majesties trip to the White House, King Felipe travelled to the Capitol building to meet US government officials including Republican Speaker of the House, Paul Ryan and Democrat Minority Leader in the House, Nancy Pelosi. The King also spoke to Republican Senate Majority Leader, Mitch McConnell. 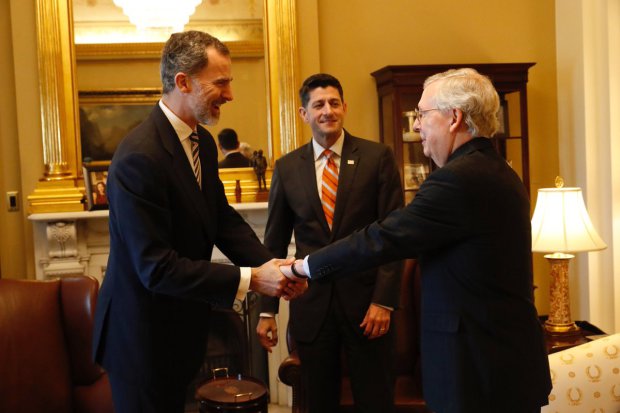 The day in Washington concluded their trip to the United States, and they left from Andrews Air Force Base returning to Spain later on Tuesday.