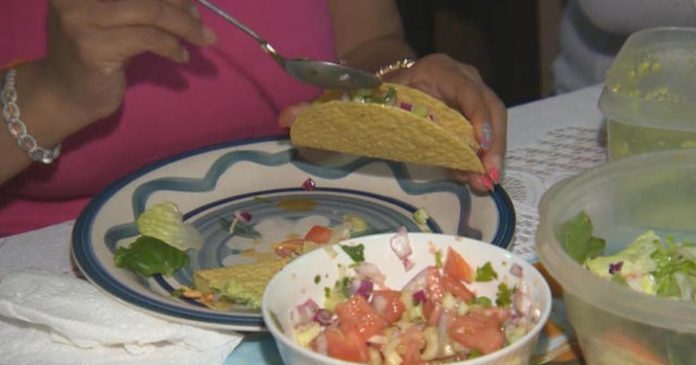 Several recent outbreaks of illness linked to contaminated food have affected dozens of people across the country. But health officials say new technology and consumer actions are helping to contain these infections.

The latest numbers from the Centers for Disease Control and Prevention show at least 70 people in seven states have been sickened by salmonella infections linked to pre-cut melons. Thirty-four people have been hospitalized. Caito Foods recalled the fresh cut melon products earlier this month.

Dr. Laura Gieraltowski, the foodborne outbreak response team lead at the CDC, explains what happens when someone gets sick from salmonella.

“People that are infected with salmonella will have diarrhea, fever and stomach cramps about 12 to 72 hours after they’ve eaten a contaminated food,” she told . “Most people recover in about four to seven days. Other people do have a more severe illness and do require hospitalization.”

Last week, another salmonella outbreak was linked to Kellogg’s Honey Smacks cereal, which was pulled off store shelves nationwide. The U.S. Food and Drug Administration said that the cereal likely sickened 73 people in 31 states, including 24 who had to be hospitalized.

The CDC says new technology is helping them better detect such outbreaks and stop them.

“When people get infected with a bacteria, we’re able to use this new technology to get a DNA fingerprint, and when people have the same DNA fingerprint, we’re more confident that these illnesses are related to a common food,” Gieraltowski said.

Consumers play an important role, too. “People can help us solve outbreaks. If you get food poisoning, go see your doctor,” Gieraltowski said. “Report your illness to a health department.”

There are things you can do to at home to prevent foodborne illnesses, including looking out for recalls and tossing contaminated products.

The CDC also reminds everyone to follow safe food preparation practices, washing hands and surfaces often, cooking foods to the right temperature, and refrigerating them promptly.