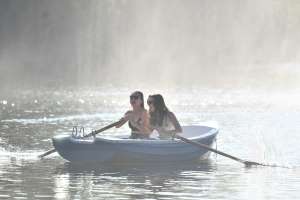 © PA
Sun lovers on a boating lake in London


The UK is set to enjoy a mini heatwave next week, with temperatures predicted to reach up to 30C.

After a record-breaking May, June is forecast to end in sizzling sunshine.

While many will make the most of the tropical weather, people are being advised to stay cool and safe.

Households are also being warned the heat will also make for “uncomfortable sleeping”, with temperatures expected to be warmer than average during the nights.

Meteorologist Alex Deakin said of the next 10 days: “The forecast is really quite settled – dry and sunny for most places – and yes, temperatures are set to soar, especially next week. 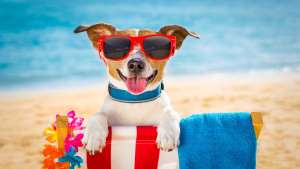 
“This high pressure promises sunny spells through the weekend and into next week… that’s when temperatures will really start to rise. Temperatures are expected to be well above average for most parts of the UK next week.”

The sun is expected to come out from Friday onwards, with temperatures reaching 22C in southern England, rising day on day into the weekend across the UK.

On Saturday, temperatures will hit 24C in the South, with 19C forecast for most parts of Scotland, rising to 26C by Sunday.

The heatwave will continue into next week, with forecasters predicting highs of 28C on Monday, and the temperature rising further still to 29C by Tuesday across England and Wales – and a good chance of it peaking at 30C in the South East.

Sky News weather producer Joanna Robinson said: “High pressure centred over the UK will be dominating the weather, potentially for a couple of weeks, giving mostly dry conditions, with plenty of sunshine.

“Sea breezes will keep coastal areas cooler and northern Scotland may well see more in the way of cloud at times keeping temperatures down a little there.

“Isolated thunderstorms could develop in the heat, but overall there won’t be much rain for the gardens through the rest of June.

“Temperatures may well rise further from the middle of next week, but it’s too early to tell if we’ll get anywhere close to the June record of 35.6C, which was reached back in 1957 and 1976.”

She added: “It currently looks like the area of high pressure will move away as we go into July.”