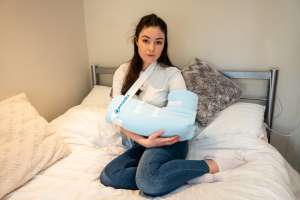 A woman mauled in her bed by a fox today warned Londoners not to leave windows open in hot weather.

Jodie Nailard, 22, feared she would contract rabies after she woke to find the animal gnawing on her arm in her Clapham flat.

Ms Nailard, a personal assistant, managed to scare off the animal but was left covered in blood having suffered six puncture wounds to her left bicep during the attack at 5.30am on Sunday. 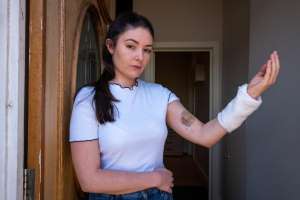 
She told the Standard: “I woke up in terrible pain and blood coming from my arm. I shouted ‘What the hell’s going on?’ I then saw the fox’s bushy tail and squirmy face — it was terrifying.”

She said her boyfriend Harry King was forced to throw pillows at the animal to keep it at bay before rushing his girlfriend to hospital.

Ms Nailard said: “My boyfriend woke up and threw something at it. It was hard to scare it and it looked like it was going to try to come back for more. I knew immediately that it was the fox that bit me. We googled ‘foxbite’ and when I saw the possibility of rabies coming up I was very scared. 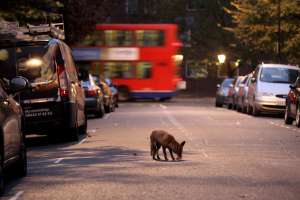 
“We went to A&E I got antibiotics and am on painkillers. I can’t move my left arm. I’m off work it’s a nightmare.”

Ms Nailard, a psychology graduate from Nottingham Trent University, was vaccinated against rabies as well as tetanus and polio and kept in hospital for two days.

She said the fox had walked into the flat through her bedroom’s open patio doors, adding: “You see these foxes scampering around at night and think nothing of it. But I only left a small gap open in the door and he got in. People need to be aware – you do not expect this but they are a threat. 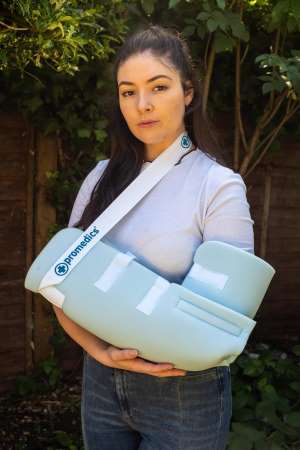 
“Usually they are go for children, I am told, but I can tell you now they can go for adults. This has been a very traumatic experience. I was screaming in pain.

“I’m rather traumatised and I can’t really sleep at night. Since coming back home I can’t even look at my room.”

The couple have now had security gates fixed to the bedroom windows to stop animals entering again. 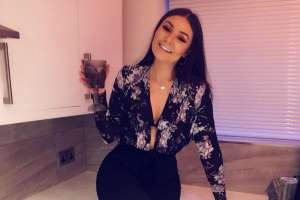 
Pest control officers have also sprayed alpha male fox urine in the garden, in a bid to scare other foxes away.

She added: “I was such a big animal lover. I have grown up always stroking and patting cats and dogs but now I just don’t feel the same.

“When I see an animal of a similar size to the fox it freaks me out a bit.”

“If I see a fox again now I will probably run down the street.” 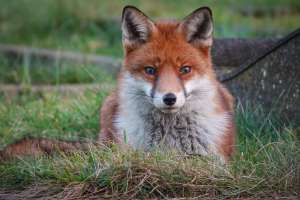 
Ms Nailard is not the first person to be attacked by a fox.

In July last year Avril Clark, 71, was bitten on the hand after a fox sneaked through a cat flap in Richmond, while in February seven-month-old Raeya Wyatt was left with horrific injuries after being mauled by a fox as she slept at her home in Plymouth.

In 2010, twins Isabella and Lola Koupparis were left with injuries to their arms and faces after they were attacked by an animal in their cots in Hackney.