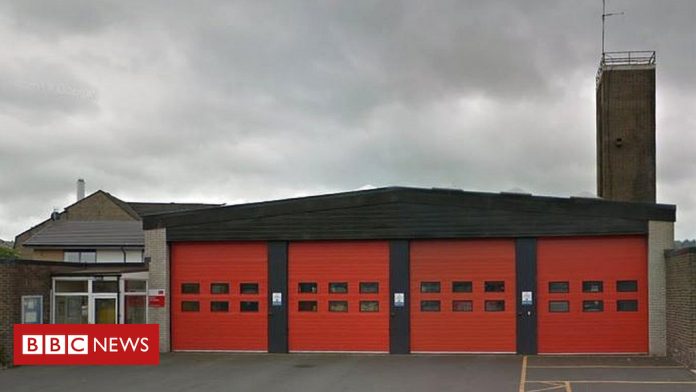 Burglars raided a fire station, stealing wallets and watches, while crews were out tackling a house blaze.

Firefighters returned to their station in Nelson hours after the call-out only to find they had been robbed.

The offenders struck between 00:30 BST and 05:00 and ransacked most of the rooms in the Bradley Road site, police said.

Sgt Kathryn Mather, of Lancashire Police, said it was “a disgraceful crime”.

Two engines from the station had attended a fire in Whitehall Street where the second floor of an end terraced property was in flames.

Together, with crews from Colne and Hyndburn, they used breathing apparatus, hose reels, triple extension ladders and a thermal imaging camera to put the fire out.