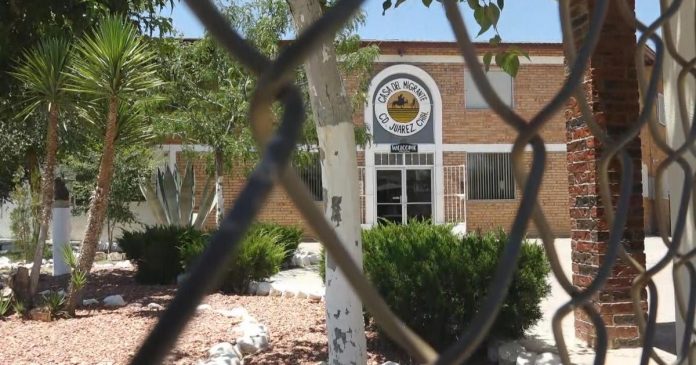 EL PASO, Texas — An average of 361 people are turned away at the southwest border every day. went to Mexico to see firsthand what’s happening on the other side of the border.

Along the outskirts of Ciudad Juarez is a place known as Casa Migrante, a hidden haven for immigrants trying to cross the U.S.

One Mexican woman there said she lost her husband, son and his family to cartel violence. She wants to live in the U.S. with her granddaughter, but she’s afraid to cross.

Maria Covernali runs a group that tries to help undocumented immigrants, and she says the Trump administration’s new “zero tolerance” policy is changing the advice she gives them.

“What I’m trying to do is like, telling them, telling the people, don’t go because they’re going to take away your kids,” she said.

We asked her how hard it is to listen to stories of separation.

Despite the risks, some, like one woman from Honduras, said she plans to cross over into the U.S. anyway.