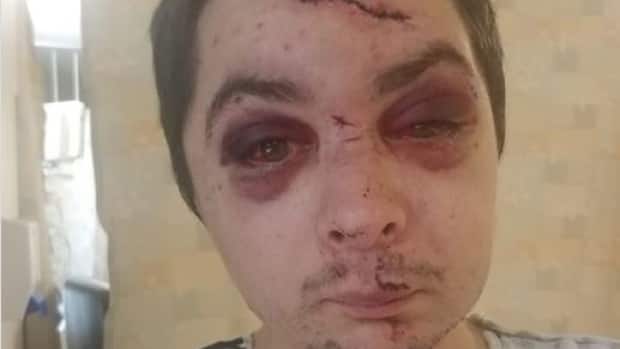 RCMP are investigating an “aggravated” four-on-one assault early Sunday that sent a 24-year-old man to hospital.

In a Facebook post Sunday morning, Anthony Anderson, a man who said he was assaulted at Maple Street and Miller Avenue, posted graphic images of himself in hospital with two black eyes and a row of stitches across his forehead.

Other pictures he posted in the comments section show him in a vehicle with blood streaming down his face, one hand held against his forehead, his eyes swollen shut.

Anderson declined to comment on the attack, when contacted by CBC News. 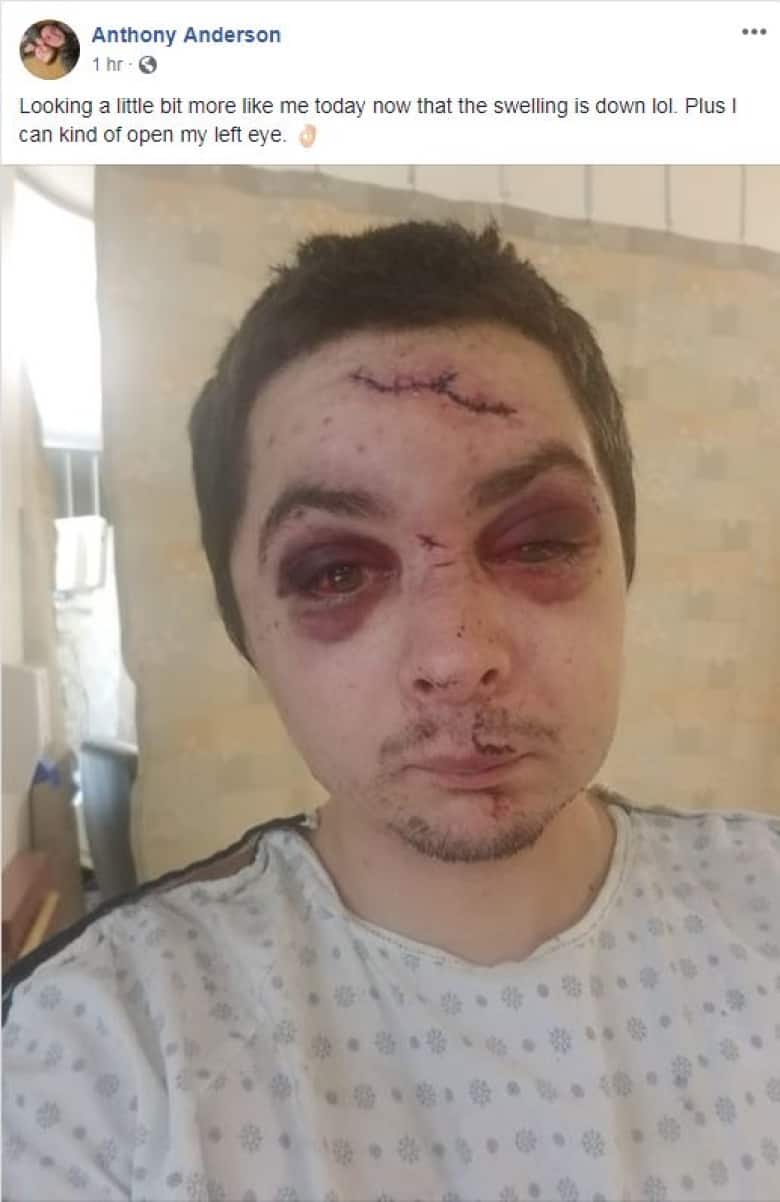 RCMP did not identify the victim in their press release, however a man named Anthony Anderson posted graphic images on Facebook and said he had been assaulted by four young men in Spruce Grove early Sunday. (Facebook)

Police did not confirm the identity of the victim in a press release this morning.

“It did cause quite a scene at four o’clock in the morning,” Purton said. “He was badly assaulted.”

The suspects are described as four young adult males.

One was about five-feet-six inches tall, with spiky brown hair and close-set eyes. Another was described as tall and Caucasian. The third had long, curly blond hair and a blue hat. There was no description of the fourth suspect.

One of the suspects was riding a white BMX-style bicycle, Purton said.

“We don’t know who the four males are at this time,” she said.

“We’re just wondering if there [were] any residents or anybody else passing by or in their houses that saw anything.”

Anyone who witnessed the attack or has information about the suspects is asked to contact the Spruce Grove/Stony Plain/Enoch RCMP detachment.