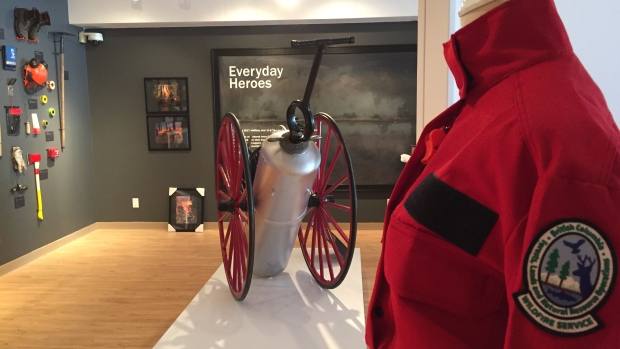 After a record-setting wildfire season last summer, the Kamloops Museum and Archives is doing its part to preserve that piece of history.

The new exhibit, Ruin and Renewal: Fire on the Interior Plateau, is a tribute to the unprecedented force of nature that swept the area last year, and also explores the history of fire in B.C.’s Interior.

“We wanted to hit it sideways by talking about the subject of fire more broadly, including last year’s events but also speaking to the role of BC Wildfire Service and Kamloops Fire Rescue,” said Matt Macintosh, curator at the Kamloops Museum. 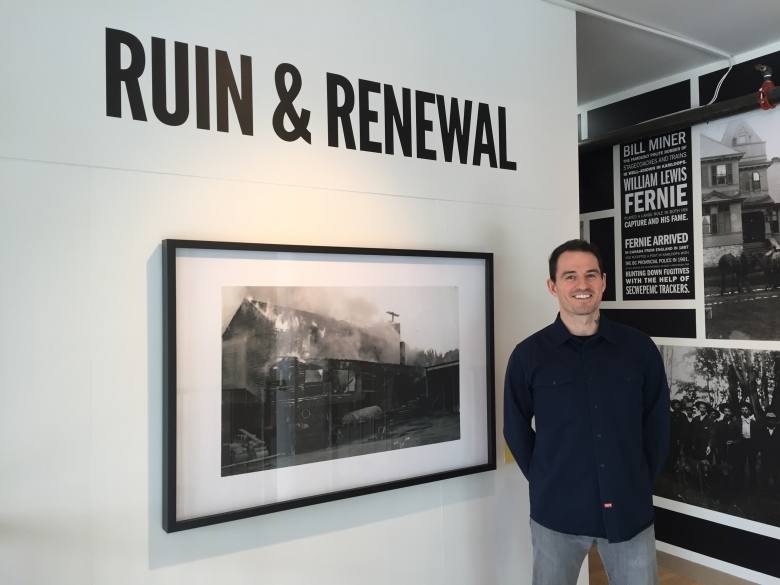 Viewers can explore historic artifacts such as a tank wagon nearly a century old, which provides perspective on how far technology and fire fighting has come. 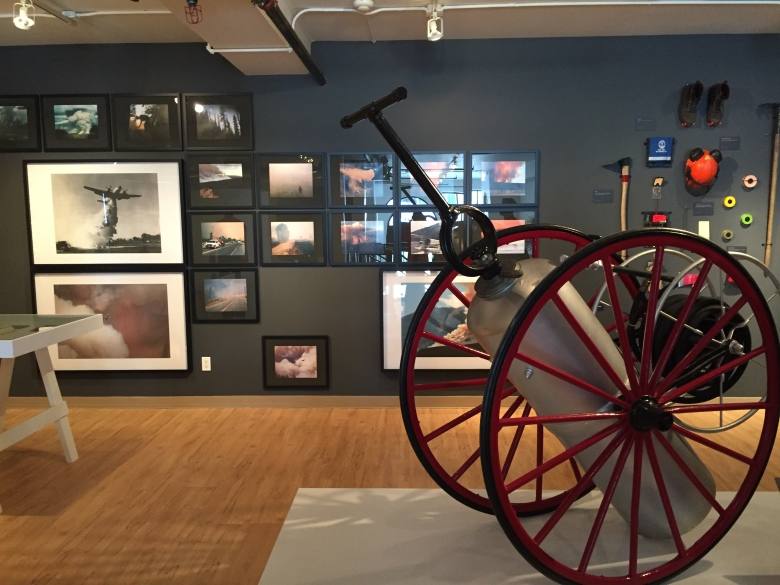 The tank wagon, used at the turn of the century. (Jenifer Norwell/CBC) 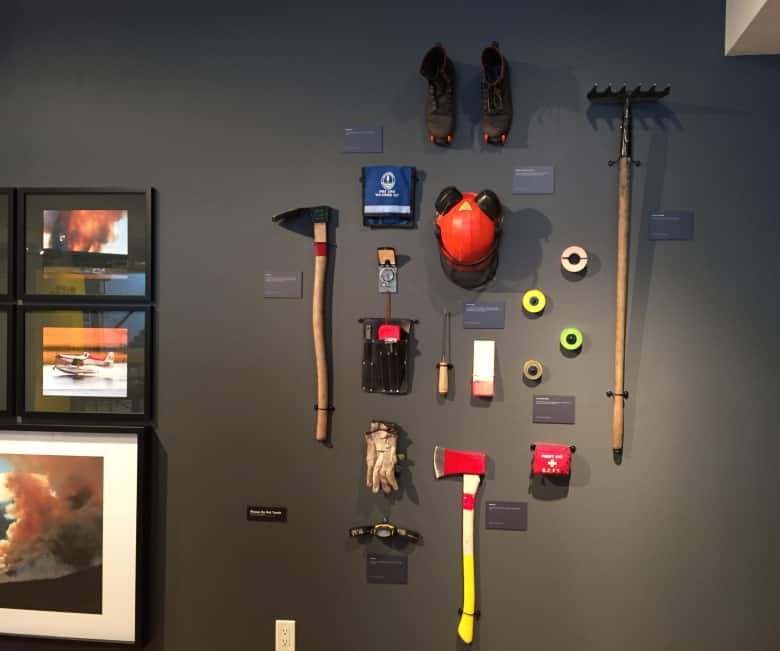 A disassembled kit that BC Wildfire Service crew members use. (Jenifer Norwell/CBC)

Macintosh said wildfires are spectacles, and the exhibit shows dramatic photos which display the chaos and scale of the 2017 wildfires that scorched the area.

“Fire is sort of a multifaceted huge force within nature… One of those elements of fire happens to be the huge scale, the colours, and all the activity that circulates around it,” he told Daybreak Kamloops’ Shelley Joyce. 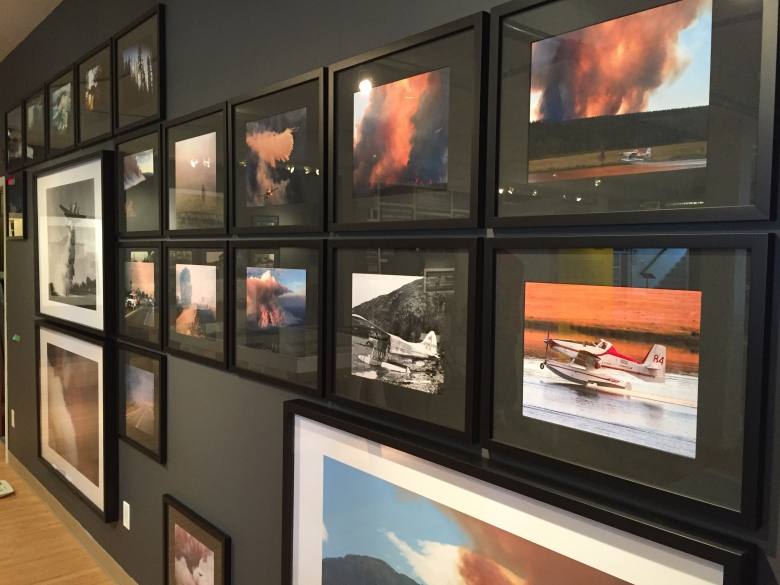 Many photos from the 2017 wildfires paint a dramatic picture of the efforts to control the massive blazes that scorched the interior in the worst wildfire season on record. (Jenifer Norwell/CBC)

“Some of these photos, particularly of planes flying through smoke, gives a sense of the scale… of the colour shifts that you’d see in the sky.

“I find it phenomenal that these small planes equipped with water or retardant are able to get in formations that allows them to systematically control something that looks beyond control.”

Along with the spectacle and destruction comes new life, he said, which is part of the reason for the title of the exhibit.

“While it takes down property and massive amounts of vegetation, it also clears the path for fertile territory,” he said.

The local Tk’emlúps te Secwépemc First Nation used controlled burns for hundreds of years to expand and renew agricultural land, and to control the patterns of game, according to Macintosh.

The exhibit opens Friday. There will be a panel discussion with volunteers, evacuees, firefighters, and others who will have a chance to share their stories about the fires. The goal is to create a historical record of the human experience living so close to the fire prone zone.

To hear the full interview listen to media below:

After a record-setting wildfire season last summer the Kamloops Museum and Archives is doing it’s part to preserve that piece of history. The new exhibit, Ruin and Renewal: Fire on the Interior Plateau, is a tribute to the unprecedented force of nature which moved through the area last year and also explores the history of fire in B.C.’s interior. 7:35