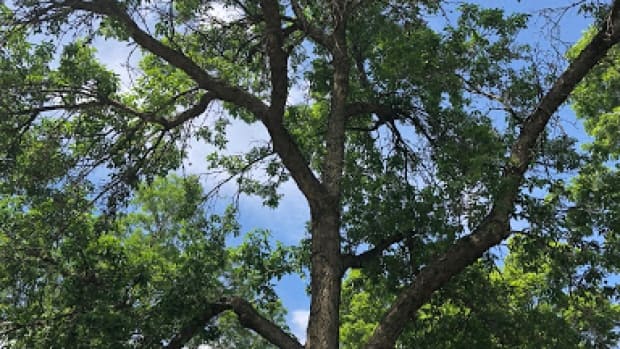 City Coun. Scott McKeen wants to preserve as many trees as possible along the proposed route of the Valley Line West LRT.

“It is my hope that we can still save a number of really old, stately trees,” he said Monday.

About 1,120 trees are on the chopping block, a report in front of the city’s executive committee says.

A team of urban foresters assessed the trees and listed hundreds on Stony Plain Road between 124th Street and 156th Street and about 500 on 87th Avenue between Meadowlark Road and the Lewis Farms Park and Ride.

Tree for tree, not tree for shrub– Coun. Mike Nickel

“I think this council will do everything it can to preserve and protect the tree inventory along the route,” McKeen said. “But we can’t protect each and every tree for sure.”

Bonnie Furmaneuik, a senior urban forester with the city, helped measure the size and condition of all trees on private and city property along the 14 kilometre route.

She estimates about 150 trees could be relocated, preferably in nearby parks or at least in the same neighbourhood.

Edmonton is only equipped to move trees no more than 16 centimetres in diameter, she said.

Furmaneuik said some jurisdictions have the ability to move older, bigger trees but preparing to do that takes two to three years.

“Trying to move them down a roadway is a little more difficult because then you’re dealing with bridges, weight factors, wide loads.”

“Tree moving is fairly complex,” she said. “It takes a long time to re-establish the root system, the feeder roots.”

The city hasn’t held public consultations yet, a component of the project Coun. Mike Nickel wants to make sure is done properly.

He said communication with the public wasn’t effective during construction of the Valley Line South LRT.

“So the net result was a lot of confusion.”

He wants city staff to calculate how much it will cost to move five or six elm trees. Nickel also said he’s worried that large older trees will be replaced with smaller trees.

He said the city should focus on “tree for tree, not tree for shrub.” 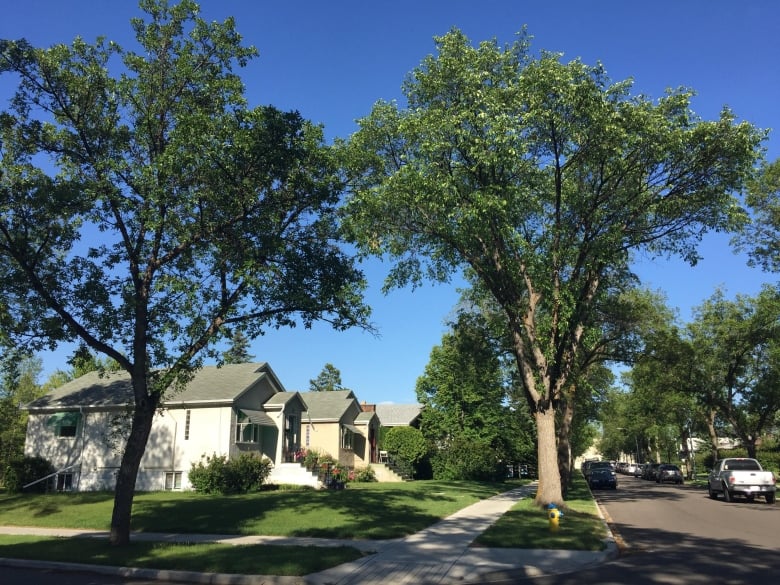 About 130 large trees are earmarked to be removed from the future LRT corridor. (Josee St-Onge)

McKeen agreed council needs a better idea of how much relocation and replanting would cost.

“We have to get a good inventory and replacement value of those trees so that built into the budget will be money to plant new trees along the route,” he said.

McKeen also stressed the need to be realistic about the impacts of the project.

“When you’re putting a project of this scale through existing communities, you know, there will be tears and there will be sawdust.”

The team of foresters also propose planting 1,800 new trees and extensive shrub beds along the corridor.

The city doesn’t have a formal heritage tree designation but there is a list of “landscape resources” listed on the Inventory of Historic Resources.

The landscapes are not legally protected, the report says.