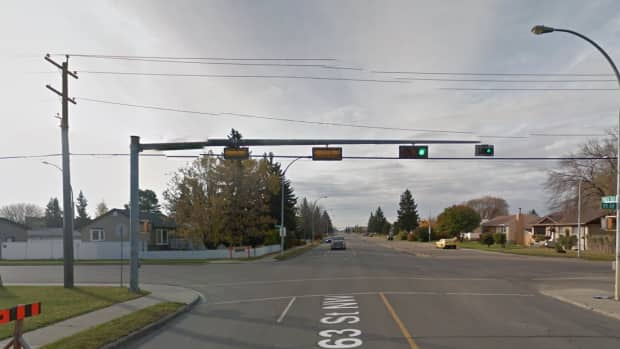 Edmonton intersections are destined to be smarter, likely starting next year after city council approves the next four-year budget in September.

Coun. Andrew Knack has been a proponent of the technology and said he’s pleased to hear the city has a plan.

Currently, conventional signals are pre-programmed to adjust to different times of the day like rush hour but they can’t adjust to actual traffic flow and vehicle volume. 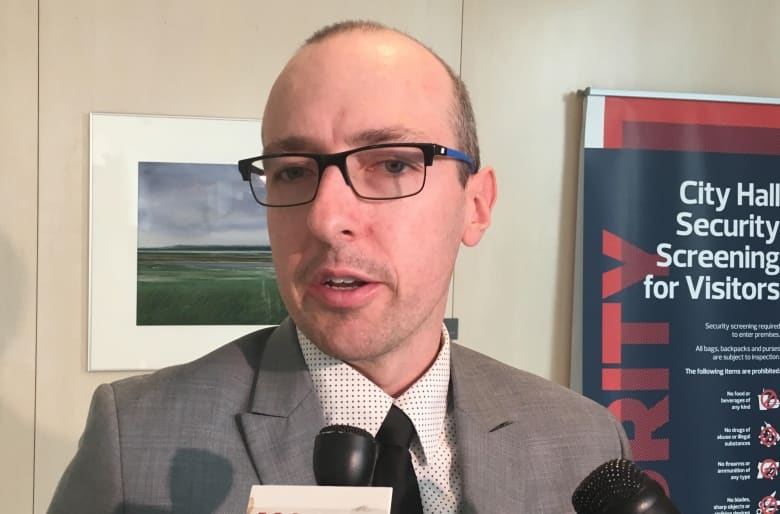 “These [smart signals] are very different in that it is counting how many vehicles are coming through a particular intersection, how many are approaching the next intersection and then it is able to adjust on the fly based on that data that’s coming in.”

The signals will be collecting data that the city can use in future planning, Knack added.

“It’s ridiculous as a city that we do vehicle counts typically once every two years on a roadway,” he said. “This will give you daily traffic counts as well. You can also use that data to help inform future infrastructure work.”

About 400 traffic signals around the city need upgrades; the smart signals will cost an estimated $200,000 each.

In addition to replacing the traditional traffic signals slated for upgrades, councillors on Tuesday also passed a motion to look at traffic corridors where they can test the technology as a connected system.

City staff will report back Sept. 11 with options to consider for a synchronized corridor.

One congested area that comes to mind for Knack is 149th Street, while Coun. Michael Walters identified 111th Street as another troublesome stretch.

Knack sees the financial and environmental win behind the smart signals. He said it will benefit pedestrians because the system will give them the green light when no vehicles are heading through an intersection.

Councillors have other options to consider for the future.

Warren Sheydwasser, president of Soltare, a company that develops transportation technology, showed up at the meeting to pitch his product — technology to “hear” firetrucks and ambulances that can be installed with smart signals.

“Create a green path for emergency vehicles to navigate through an intersection as opposed to having to run red lights,” Sheydwasser explained.

Sheydwasser has contacted automotive companies with a proposal to have his technology installed in individual vehicles. 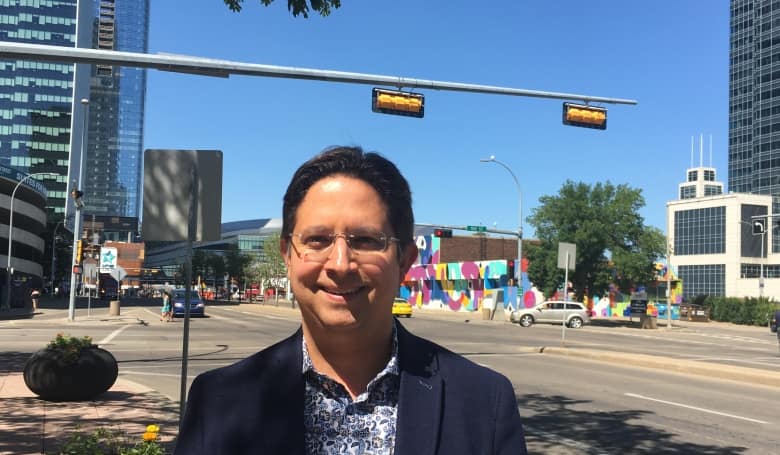 Warren Sheydwasser wants to partner with the city on a pilot project to test his technology, which he says can detect emergency vehicles. (CBC)

“This really is must-have technology for the autonomous vehicles,” he said.

Sheydwasser is hoping the city will eventually partner with him to do a pilot with his technology.

The city’s operations branch is scheduled to present a Smart Transportation Action Plan to City Council in September along with requests for funding in the 2019-2022 budget for smart signals.