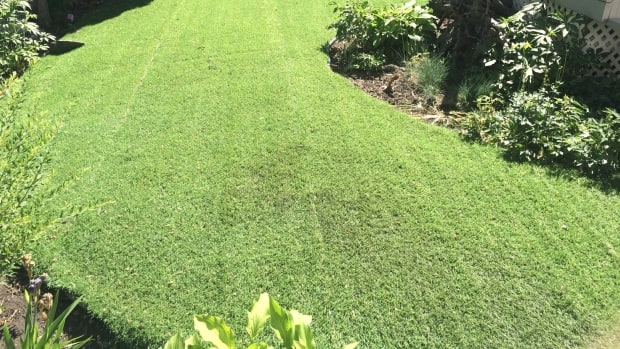 While the lush green lawn has long been a status symbol among suburban homeowners, more people are looking for low-maintenance alternatives, says an Edmonton landscaper.

With new infill construction, houses are large and yards tend to be small, prompting people to look beyond grass, Stothart said.

Modern artificial turf looks a lot better than “the carpet on Grandma’s deck,” he said. “It looks real except in November.”

Artificial turf does cost more than laying sod, however.

“Roughly five bucks a foot is a product cost, where you can buy turf (grass) for 45 cents a square foot,” Stothart said.

There’s also a lot more involved in base preparation for artificial turf.

Getting beyond grass. We’ll take a look at attractive alternatives to lush green lawns. 7:12

A layer of road crush is put down and tamped, followed by a layer of sand. The turf is then rolled over the base similar to carpet.

It is spiked and sprinkled with sand to weigh it down. There are small holes in the artificial turf to allow water to drain through it.

The advantages to artificial turf go beyond water conservation and not having to mow it, Stothart said. 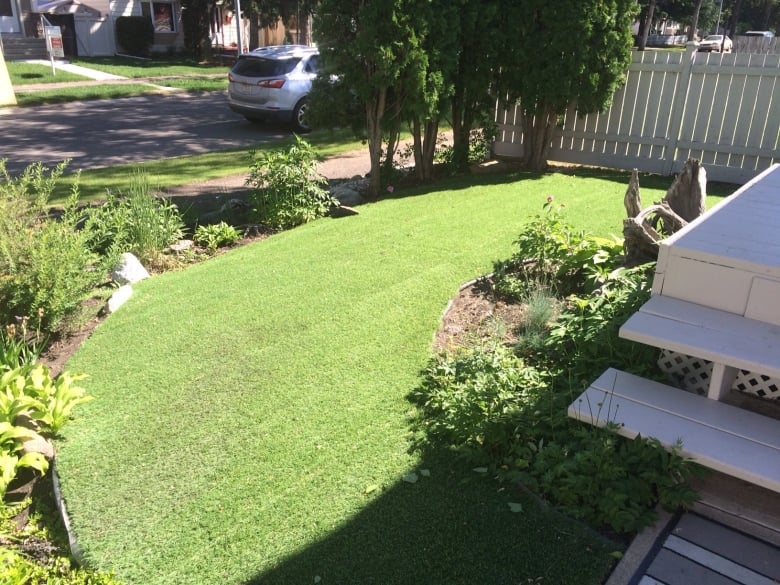 It is a good choice for people who have pets, especially dogs that like to dig, he said.

Cleaning up after a dog is also more simple and doesn’t result in brown patches of dead grass, he added.
“You can actually use Mr. Clean and cleaners on it,” Stothart said.

A downside is that in hot weather, like Edmonton is seeing right now, artificial turf will warm up and doesn’t have the cooling effect that real grass can provide, he said.

Whatever method is used, it should be something that brings “inherent joy,” he said.

“So you can hopefully put your feet up and enjoy some time with friends and not with the lawnmower,” Stothart said.