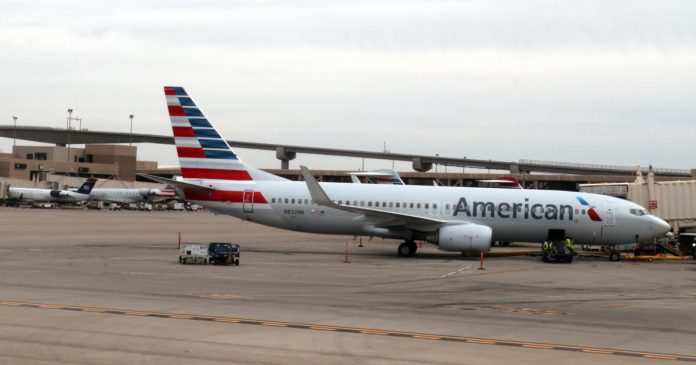 American Airlines, now ensnared in the billowing controversy over the U.S. policy of separating families at the border, addressed questions Wednesday about whether it has transported children split from their loved ones. The airline acknowledged in a statement that it provides travel services to the U.S. government, but is unaware of the nature of flights.

The airline’s comment came after a Facebook post claimed that sixteen children were “dressed as criminals” when they traveled on a recent flight from Arizona to Florida.

“We have been asked about transporting undocumented children and are aware of the narrative that is circulating online,” the statement said. “American, like all U.S. airlines, provides travel to the federal government through our Government Services Agreements; however the government does not disclose information about the nature of the flights they take or the passengers who are traveling.”

“We have no way to substantiate the report at this time but would be disappointed to learn that our airline was being used to separate families,” it added.

The Facebook post described “16 scared little souls” who arrived in Miami last week, “not knowing if they will ever see their loved ones again that they were separated from in Phoenix.” CBS has been unable to confirm circumstances described in the post. The Facebook user who posted it claimed to be a friend of a flight attendant whose coworker initially wrote about the incident.

The Arizona Republic reported that the flight mentioned in the post was likely an American Airlines flight due to various factors, including departure time.

American Airlines acknowledged that it may have carried minors who were caught crossing the border illegally, and it’s possible that includes kids separated from their parents. However, American — like any other airline — said it has no way of knowing the specific situation of the passengers booked on a flight.