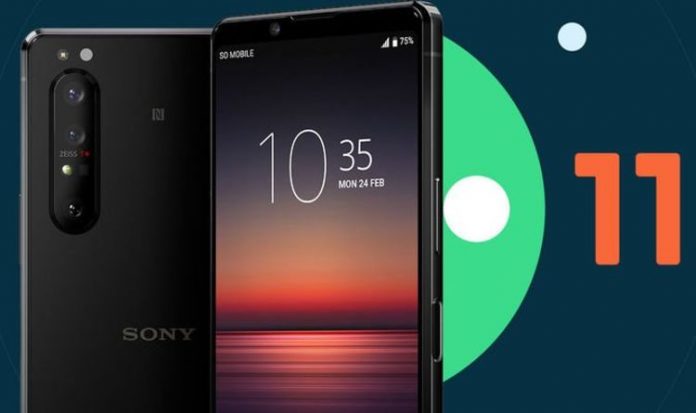 Sony had previously promised that the Android 11 update would be rolling out to Xperia 1 II units across the globe by the end of the year. And sure enough the major patch which brings the latest edition of Google’s market-leading mobile OS to the flagship Xperia handset has started to arrive. Last week the Android 11 update was pushed out to Sony Xperia 1 II handsets in Taiwan to begin with.

And now, hot on the heels of that initial rollout, Sony Xperia 1 II users in Europe have also said they’ve been receiving the patch.

As reported by GSMArena, Sony Xperia 1 II owners based in France and the UK have this week reported being able to download the Android 11 update.

For those in Blighty, the Android 11 update has allegedly arrived in patch 58.1.A.0.926, which Vodafone UK customers have reported receiving.

Sony Xperia 1 II users have said the Android 11 update weighs in at around 985MB to 991MB.

Android 11 brings a number of new things to the table, such as changes to media controls as well as tweaking conversations and bubbles.

But besides the new Android 11 functionality, the latest Xperia update has added a tonne of extra Sony-specific features like 4K HDR 120fps video recording.

In a post online, Geek Thingy outlined all the other features of the new Sony Xperia update. Here’s what is included…

• Screen recording has now been added to the notification bar

• More default wallpapers are now available to users• A new smart home control shortcut has been added, which can be activated by long pressing the power button

Express.co.uk earlier this year went hands-on with the Sony Xperia 1 II, and awarded it four out of five marks in our review.

We said it’s “easily the best Sony Xperia phone in years …if you ignore the price”.

You can read our full review of the Sony Xperia 1 II by clicking here.