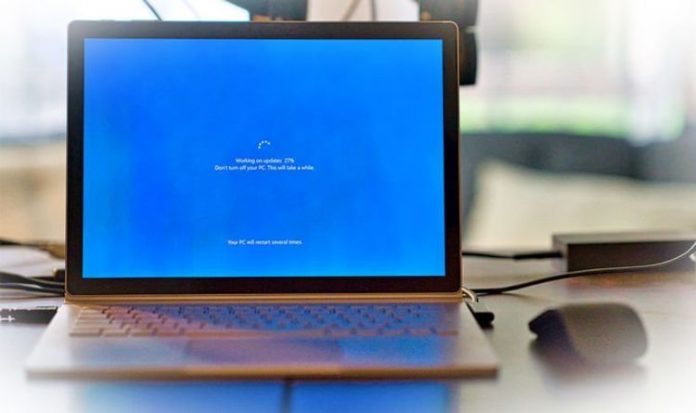 Microsoft typically rolls out two feature-packed updates to Windows 10 each year. The first usually lands around spring, while the second comes in the final few months of the year. Some years, both of these have included bucketloads of new features, while some years have seen Microsoft prioritise one update over another. The Redmond-based firm has already confirmed that 2021 will be the latter, with the first update of the year not being much to speak of, while the second will boast the biggest redesign of Windows 10 since the operating system replaced Windows 8 back in summer 2015.

The first update of the year, dubbed Windows 10 21H1, is widely-tipped to land in a few weeks and will focus solely on quality improvements and bug fixes. As for Windows 10 21H2, which is also known as “Sun Valley” and will include the visual overhaul, we had assumed that would come much later in the year.

Unfortunately, the commit – a note to remind developers to make changes to the code down the line – has since been edited and all reference to the release date has been removed. Of course, this could indicate that the Microsoft Edge developer was mistaken, published the wrong date, and has since removed it. Equally, it could be a sign that the release date is genuine and that Microsoft wasn’t best pleased about its release schedule being revealed so far in advance.

“The Windows Release coming out this June 2021 has a new API that can disable KTM exploits. Verified on an internal OS build that the KTM exploit is no longer available,” reads the Chromium code commit, spotted by the WindowsLatest blog.

Given that Windows 10X, an all-new stripped back version of the desktop operating system designed to compete with Google’s hugely-popular Chrome OS, is scheduled to launch in a few weeks and that Windows 10 21H2 is expected to borrow a number of the same design flairs for its cosmetic revamp, it makes a certain amount of sense to bring these launches as close as possible. After all, those who rush out to buy a new Windows 10X laptop for work or school will be pretty disappointed when they jump onto another Windows 10 machine and find its five-year-old design.

Windows 10 21H2 is widely expected to include a redesigned Start Menu with more transparency, new Action Centre menu, upgraded Taskbar. There’ll be performance and consistency improved to the Dark Theme across the operating system.