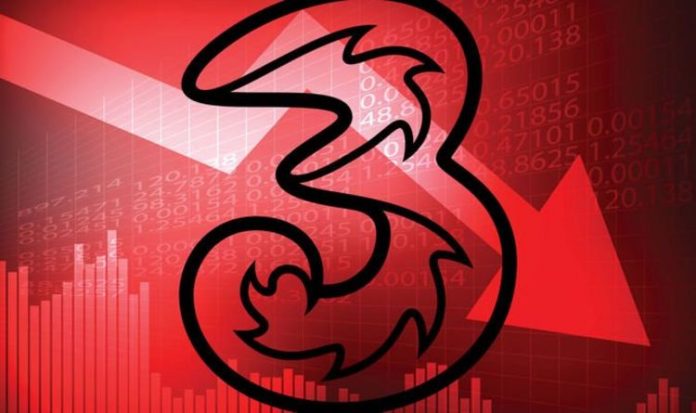 Three down reports are on the rise, with customers reporting UK network issues that are affecting receiving and placing calls.

Independent outage monitor Down Detector – which tracks social mentions to detect when popular services go down – has seen a spike in Three down reports today.

Out of those affected some 66 percent are having trouble with their Three mobile phone, while others are having mobile internet and signal issues.

The official Three UK Support Twitter has not confirmed that an outage is taking place, but there have been plenty of reports on Twitter about network problems.

Messaging the @ThreeUKSupport account, one tweeted: “Myself, my girlfriend and my mother are all having an issue where are numbers are not being recognised for a call, never connecting and can’t call on a landline.

“We’re all on 3 on separate contracts and all paid up. Is there an outage going on?”

While another posted: “@ThreeUKSupport <y calls either won’t connect, or if they do, none of the number options are recognised. I’m trying to call my son’s GP and have tried from mine and my brother in law’s phones (both with 3). Our data also doesn’t seem to be working.”

And one added: “@ThreeUKSupport Can’t make or receive calls. Are you having network problems?”