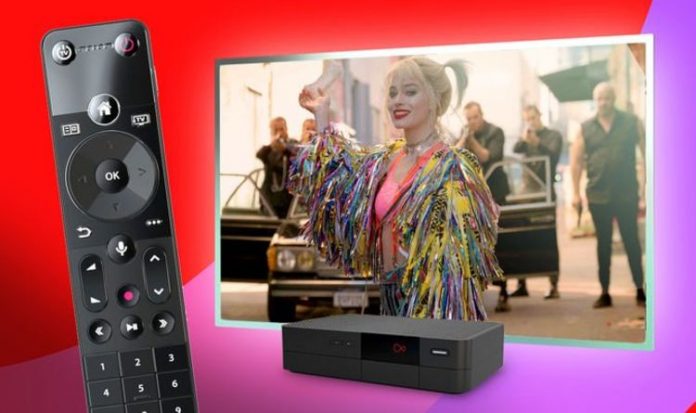 Virgin Media is bringing Ultra HD quality movies and shows from Sky’s library to some of its customers for free. In total, some 1,300 episodes of televisions and 250 films will be available to view in 4K quality on the recently-launched Virgin TV 360 set-top box, which includes Ultra HD streaming, as well as wireless multi-room support and voice control.

Ultra HD packs four times as many pixels as standard 1080p High Definition and is seen as the natural successor in terms of picture quality. You’ll need an 4K or 8K TV to display the extra clarity, so it’s worth checking whether you’ve got the right kit. Virgin Media has promised a pretty diverse line-up of Ultra HD content, including original movies from Sky, like the newly-released Twist starring Michael Caine and Rita Ora, as well as Hollywood Box Office smashes, such as Birds Of Prey: And the Fantabulous Emancipation of One Harley Quinn.

TV shows staples from Sky, like The Blacklist and Seal Team, will also be included in the free 4K bundle for Virgin Media customers. All Sky Entertainment and Sky Cinema Ultra HD content will be available via a dedicated section in Box Sets and Movies so customers can download and watch whenever suits them, Virgin has revealed.

This is similar to how Sky Q handles Ultra HD, which is an optional extra that enables your existing content (whether you’re paying for television shows, movies, or Sky Sports) to be viewed in the pin-sharp 4K format. Unlike Sky, it seems Virgin Media isn’t yet offering sporting fixtures in Ultra HD.

However, Virgin Media’s TV 360 set-top box does allow viewers to stream shows from BBC iPlayer, Amazon Prime, YouTube and Netflix in Ultra HD too. Although, for the latter, you’ll need to make sure you’re paying for the correct subscription tier that enables this picture quality (hint: it’s the most expensive one).