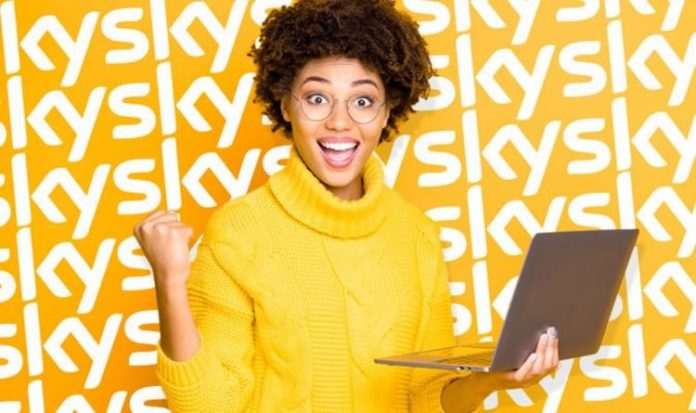 If you’ve had your broadband plan with Sky for some time, you might’ve been quietly upgraded. Yes, Sky broadband customers who held a number of legacy packages – i.e. ones not being actively sold to new customers anymore – with limits to the amount of data they could download each month are being quietly upgraded to unlimited usage at no extra cost.

Customers who signed-up for the Sky Everyday Lite, Broadband Lite, Broadband 12GB or SkyFibre have now received a free boost. These customers were granted unlimited broadband usage earlier this year in the wake of the coronavirus outbreak, which forced millions of us to work, study and socialise from home. With more time than ever being spent on Zoom video calls, online multiplayer games, and FaceTime – not to mention the boxset binges on Netflix, Prime Video and Disney+, most broadband customers wouldn’t manage with capped usage right now.

Sky hasn’t offered capped data packages for some time now. If you sign-up for a new broadband plan from the internet provider, you’ll be able to download as much data as you want – without paying extra for the privilege. Given that all major broadband providers reported hitting all-time records within the last month, following the launch of the Xbox Series X, Series S and Playstation 5 (which all require some hefty new downloads to play the launch titles) and live rugby coverage on the Amazon Prime streaming service.

Sky tweaked its Frequently Asked Question pay to reflect its plan to make the temporary unlimited data usage bestowed on those with capped contracts more permanent. It writes: “Get ready to share, stream, download, work from home or connect with your loved ones – as much as you like. All of our broadband packages now have unlimited broadband data usage. We first decided to lift data caps earlier in the year because of COVID-19. And with everyone relying on their broadband more than ever we wanted to make sure all packages had totally unlimited usage from now on.”

“Most of our packages were already unlimited, but if you had a package with a usage allowance (Sky Everyday Lite, Broadband Lite, Broadband 12GB or Sky Fibre), you’re now unlimited too. You don’t need to do anything; we’ve already lifted your data cap and there’ll be no change to your billing.”

If you’re looking to upgrade to a new broadband plan, there’s never been a better time. Sky, BT, Virgin Media, Hyperoptic, TalkTalk and dozens of others have unleashed their Black Friday sales, which have seen discounts on superfast fibre broadband packages. And best of all, if you sign-up to a new broadband plan now, the next time your contract will be up for renewal, it’ll be the Black Friday sales all over again.