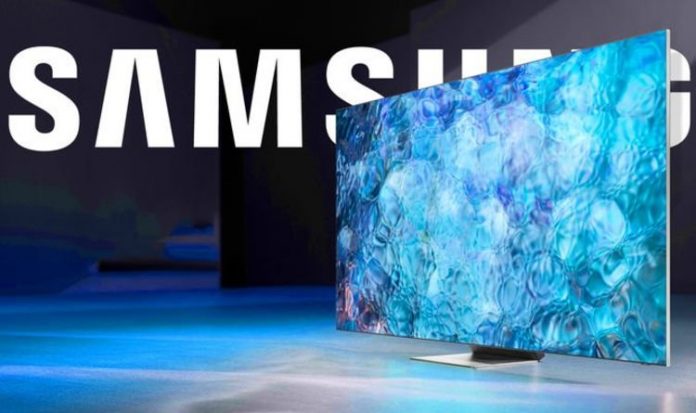 Samsung has been the biggest telly brand on the planet for the last 15 consecutive years, thanks to the South Korean firm continuing to dominate sales worldwide last year. That’s something that its two closest rivals, Sony, LG and Panasonic likely won’t be very happy to hear. According to figures published by market research firm Omdia, Samsung had a 31.8percent share of the global TV market at the end of last year.

Samsung is dominant in a number of countries worldwide and completely owns a few key categories, including 75-inch or bigger TVs and QLED displays. Looking to the future, Samsung has announced plans to introduce more miniLED sets. As the name suggests, miniLED tightly packs much smaller LEDs behind each pixel than standard LED-backlit LCD panels. This enables for more granular control of the brightness of the screen, local dimming and deeper shades of the black. Granted, these displays don’t offer the picture quality of OLED panels, but will be available on lower-priced sets.

The South Korean firm has also confirmed a price cut to its colourful QLED TVs for the next year, which could prompt people stuck at home bingeing boxsets to upgrade their telly.

As well as its investment in new display technologies, Samsung also has a strong track record when it comes to its custom-designed Tizen OS software for its Smart TVs. This packs support for Alexa, Google Assistant, as well as the Samsung-built AI assistant Bixby. SmartThings-compatible smart home gadgets can also be controlled from your telly – so you can use a handsfree assistant, or the smart home app, to dim the lights as your movie starts, or turn up the thermostat without losing your spot on the sofa.

READ NEXT
Sony, Samsung, Hisense and others can now enjoy a big upgrade from LG

Samsung Health is also integrated into the telly, as well as third-party at-home fitness streaming services, like Fiit. Object Sound Tracking+ is available on some pricier sets and tunes your audio to follow the source on-screen, which helps with immersion. The built-in speakers fitted into the TV will continue to be used to add to the overall soundscape when a Samsung-designed soundbar is paired with the TV too – something that isn’t currently possible with Sony TVs and their own range of surround sound kit.

Samsung works hard to ensure its Tizen OS software supports the latest streaming services – with Apple TV and Disney+ launching on its TVs before rival operating systems, like Android TV. For viewers at home, that means there’s rarely a reason to splash out for a third-party set-top box from Roku, Amazon’s Fire TV, or Apple TV.

And if you’re sick of having a large black rectangle taking up valuable space on your wall or a piece of furniture in the corner of your room… Samsung has been focused on fixing that too. The South Korean firm has launched a number of design-focused “lifestyle” TVs, like The Serif, as well as TVs that double-up as works of art when not in use, like The Frame.

Speaking about the milestone, Jong-hee Han, President of Visual Display Business at Samsung Electronics, said: “Consumers use screens every day to entertain, connect with loved ones, work, exercise from home and do much more. And we have seen how different lifestyles and routines have not only evolved, but converged. We continue to be incredibly humbled by the trust placed in our vision and products; it is what drives our relentless pursuit to deliver cutting-edge innovation and a best-in-class screen experience that meets the needs of the modern-day consumer.”