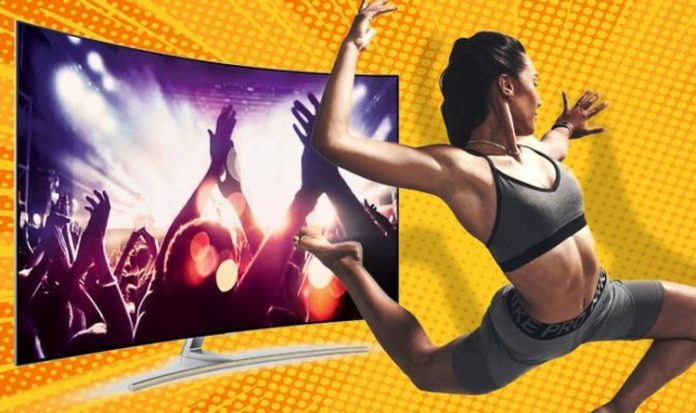 When Apple launched its Fitness+ in December last year, it was only available to view on iPhone, iPad and Apple TV set-top boxes. For those who don’t know, Fitness+ is a monthly subscription service that offers on-demand fitness classes from professional trainers, so you can join a HIIT, Strength, Yoga, Cycling, Core, or Rowing class from the comfort of your own home – with the Apple Watch used to track vital statistics as you take part in the exercise classes.

But unless you have an Apple TV plugged into your telly, there’s currently no way to watch on the biggest screen in your house. Thankfully, that could soon change.

Telly manufactures that have already included support for Apple’s AirPlay 2 technology could soon enable iPhone and iPad owners to beam their Fitness+ workout instructions onto the big screen. Unfortunately, your experience when using AirPlay 2 isn’t quite as good as when using an Apple TV. First up, you won’t be able to see live statistics from your Apple Watch, including heart-rate and calories burnt, on-screen beside the instructor as you can when using an Apple TV.

So, Fitness+ won’t be able to see their Activity rings filling up throughout the class, or the so-called Burn Bar, which shows how you compare with others who have taken the class without taking your eyes off the instructor and glancing down at your Apple Watch.

So, if you bought an Apple TV at the start of this year to bring your exercises to the big screen – don’t worry, you’re still getting better integration with the Apple Watch on your wrist measuring your progress.

But if you don’t already own an Apple TV set-top box, AirPlay 2 is a great way to follow your latest Fitness+ exercise number of the biggest brands in the world have added support for AirPlay 2. Apple has a list of compatible devices, but there are models from all of the biggest brands, including LG, Sony, Samsung, and Vizio.

The ability to beam using AirPlay 2 isn’t available quite yet, it’s still in beta testing with developers. However, fingers crossed that process doesn’t take too long and it rolls out in the coming weeks.