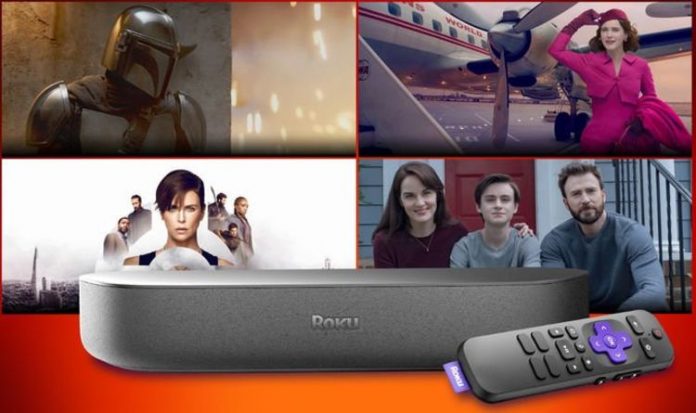 Roku owners will soon be able to stream dozens of exclusive new shows and documentaries. The truckload of new content is the result of a deal to secure the rights to Quibi’s back catalogue. The boxsets and documentaries, which includes Emmy award-winning scripted series and new reality TV shows, will be available on the Roku Channel, which is free to watch on all Roku gadgets, as well as Sky Q.

For those who don’t know, Quibi was a short-lived streaming service launched by ex-Walt Disney Studios chairman Jeffrey Katzenberg. It was targeted at a younger audience than the likes of Prime Video and Netflix, which have invested in original feature films and lavishly-produced documentary and drama series. Quibi was designed to offer short 10-minute episodes, indeed the name itself stems from this idea of “quick bites” of content. But unlike YouTube videos from independent creators, Quibi roped-in some serious star power and award-winning writers.

The smartphone app, which was designed to view the shows in portrait orientation – not landscape, like almost every other streaming service on the market, was shuttered back in December 2020 after the initial $1.75 billion from investors dried-up. With some 3.5 million subscribers, the service wasn’t seen as a success.

However, the content was generally well-received – and even scooped up some Emmys. And so, despite the flaws in the original app (Quibi did try to add the ability to Cast to a Chromecast, with dedicated Apple TV, Fire TV and Google TV apps coming in late 2020 to try to tempt subscribers who might’ve been put off my the portrait-only viewing experience on their smartphone) more people will now be able to tune-in. Roku announced earlier this month that it now boasted some 50 million viewers worldwide. It offers a number of set-top box, soundbars, and HDMI dongles to bring access to its software and library of streaming apps.

That’s a pretty sizeable audience now able to stream the best of Quibi’s output for free.

Series starring the likes of Idris Elba, Kevin Hart, Liam Hemsworth, Anna Kendrick, Nicole Richie, Chrissy Teigen, and Lena Waithe were produced for Quibi. And following the shutdown of the service, more than a dozen of these shows will now make their exclusive debut on The Roku Channel in the coming weeks.

Speaking about the acquisition of the content from Quibi, Vice President of Programming at Roku Rob Holmes said: “The Roku Channel is one of the largest and fastest-growing channels on our platform today and we are consistently expanding the breadth and quality of our free, ad-supported content for our users. Today’s announcement marks a rare opportunity to acquire compelling new original programming that features some of the biggest names in entertainment.

“We’re excited to make this content available for free to our users in The Roku Channel through an ad-supported model. We are also thrilled to welcome the incredible studios and talented individuals who brought these stories to life and showcase them to our tens of millions of viewers.”

The Quibi shows build on The Roku Channel’s already-substantial line-up of some 40,000 free movies and shows as well as 150 free live linear television channels.

Quibi’s most-popular shows, including the likes of #FreeRayshawn, Chrissy’s Court, Die Hart, Dummy, Flipped, Most Dangerous Game, Punk’d, Reno 911! and Survive, will launch “later this year” on the Roku Channel. As soon as the final UK release date is confirmed, we’ll let you know.