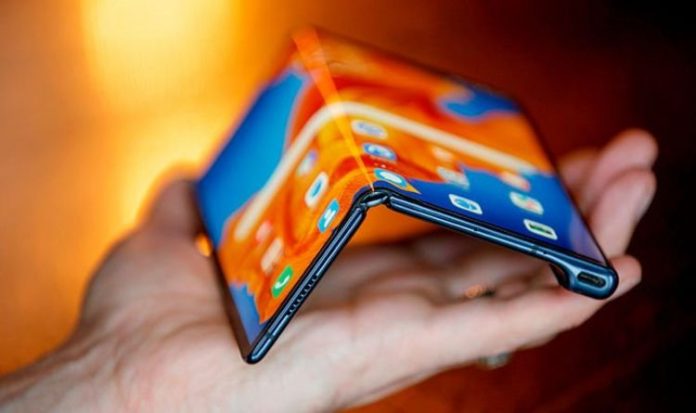 When it comes to folding smartphones, there’s really only one name in town: Samsung. The South Korean firm was the first mainstream manufacturer to unveil a handset with a pliable screen, the Galaxy Fold, and has continued to dominate with the well-received Fold 2, and Galaxy Z Flip coming in the following year. Despite a short-lived challenge from Huawei with its Mate X, and some efforts from Motorola, there hasn’t been a whole lot of competition for Samsung.

However, that could all be about to change. With rumours swirling that Apple could be planning an iPhone with a folding touchscreen, it seems Google is also investigating the possibility for a future entry in its popular Pixel smartphone series.

Microsoft-obsessed blog WindowsUnited has unearthed a number of patents filed by Google that seem to describe a number of technologies needed to develop a foldable smartphone. Interestingly, Google seems to be looking into two competing solutions for the all-important hinge design.

The Mountain View-based company is seemingly investigating both an inward and outward-facing hinge. These differing designs would make the smartphone open like a novel, or flip around itself – like a reporters notebook, respectively. Samsung has opted for the former, while the Huawei Mate X used the latter. And based on what we’ve seen in the market so far, it seems that Google would be well advised to opt for the book-like design.

This approach has the advantage of protecting the softer, more fragile flexible touchscreen by folding it on itself. However, for smartphone users to be able to answer phone calls, quickly check directions on Google Maps, or other common tasks without opening up the main display each and every time – there usually needs to be another touchscreen fitted to the outside of the case.

The patents for these contrasting hinge designs were filed in July 2020 and were publicly published a few days ago. The coronavirus crisis disrupted Google’s smartphone launch plans last year – pushing the launch of the more affordable Pixel 4a from its planned announcement during the Google IO developer conference to the autumn. Whether the early development of a folding Pixel smartphone, which this patent filing suggests was taking place at the same time, was impacted remains to be seen.

Google usually unveils its flagship Pixel hardware during a showcase around October. Only time will tell whether we’ll see a new foldable phone from the US search company during the event this year. However, Google has been hard at work optimising its Android operating system for the latest hardware innovations, including folding designs introduced by Samsung, Motorola, and dual-screen handsets like the Surface Duo from Microsoft, which is also powered by Android.