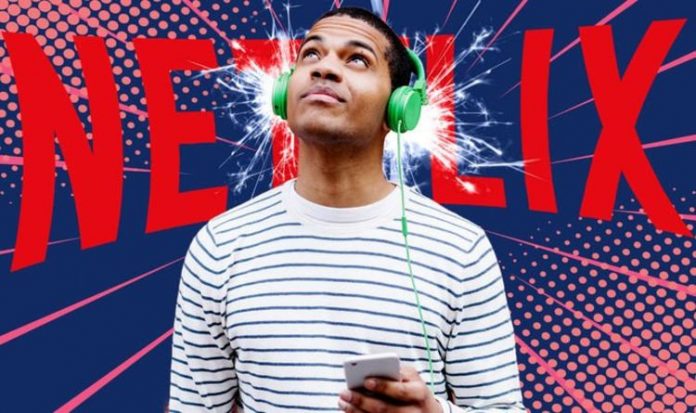 The next time you pick up your Android smartphone or tablet to stream an episode of Bridgerton or Tiger King, don’t be surprised if things sound a little crisper. That’s because Netflix has announced plans to upgrade the audio quality of its Android app, which it says will now boast “studio-quality” sound.

Netflix is now leveraging xHE-AAC, which stands for “Extended HE-AAC with MPEG-D DRC”. According to the Californian company, that mouthful-of-an-audio-format should ensure that audio quality can scale-up when your connection allows it, like when streaming on a fast home broadband connection, and scales down when watching on a flakey cellular connection.

As you move between different connections with your phone, the audio quality should dynamically improve and scale-back so you don’t have to endure any buffering on a poor connection, but enjoy the best possible listening experience when your bandwidth allows it.

But it’s not just about improving quality when you’re connected to a solid internet connection. Netflix says adapting the new audio standard should also improve its ability to manage louder sounds. For example, you should now be able to watch on your smartphone’s built-in speakers without quieter dialogue getting lost in the mix. Jumping between sedate scenes a bombastic action chases should be less jarring with the new format too, as the volume level should be closer between these two (rather than the first explosion detonating at twice in the volume inside your headphones).

MORE LIKE THIS
No, it’s not your imagination – your mobile phone has become slower

Unfortunately, this improved listening experience isn’t available to everyone.

Netflix viewers will need to have an Android device running at least 9.0 Pie to use xHE-AAC. Of course, millions of us aren’t travelling as much right now because of the ongoing public health crisis. However, as life begins to return to normal, a better experience bingeing boxsets on-the-go with an Android smartphone or tablet should prove hugely popular.

And if you’ve been sneaking in a few extra episodes of RuPaul’s Drag Race or Lupin in bed or the bathroom on an Android phone right now, you should be able to hear the difference from today.