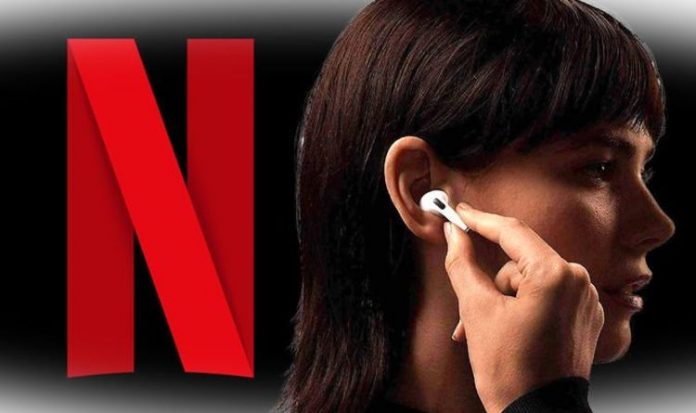 Unfortunately, it seems Netflix isn’t planning to launch support for spatial audio anytime soon. In an exclusive statement to MacRumors, a spokesperson for Netflix confirmed that it’s “not currently testing spatial audio support” and has “no plans” to bring the feature to AirPod owners. That’s a bit of a crushing blow.

For those who don’t know, spatial audio uses the sensors baked into the AirPods to track your head movements so that sounds can be placed virtually anywhere in 3D space. This system means the sound can stay mapped to your Apple device, and the actor or action on-screen. So, while the film score can completely envelop and surround you – the voice will sound as if it’s coming from the exact location on-screen as the actor saying the lines. And that voice will stay put even as you turn away from your iPhone or iPad.

Apple’s spatial audio is only available on the priciest wireless earbuds – AirPods Pro (£219) and AirPods Max (£549), although rumours suggest that Apple could bring this feature to the next iteration of its entry-level £159 AirPods with an upcoming design refresh. As it stands, Apple TV+, Disney+, HBO Max, and Plex support spatial audio.

MORE LIKE THIS
Ever fallen asleep in front of Netflix? Don’t worry, you’re not alone

Thankfully, it’s not all bad news for those who have invested in a good pair of earbuds or headphones.

While Netflix isn’t actively looking to add spatial audio support for its iOS app (the company has also blocked any of its shows or movies appearing in the Apple TV hub app, so it’s clearly not all-in with Apple’s proprietary technologies), the streaming firm has confirmed to MacRumors that it’s testing multi-channel support for built-in speakers.

These tests are part of Netflix’s mission to “improve” its service and evaluate “new experiences” for users. While these particular updates won’t improve the experience of listening on headphones… it’s still good to see Netflix priorities audio in future updates.