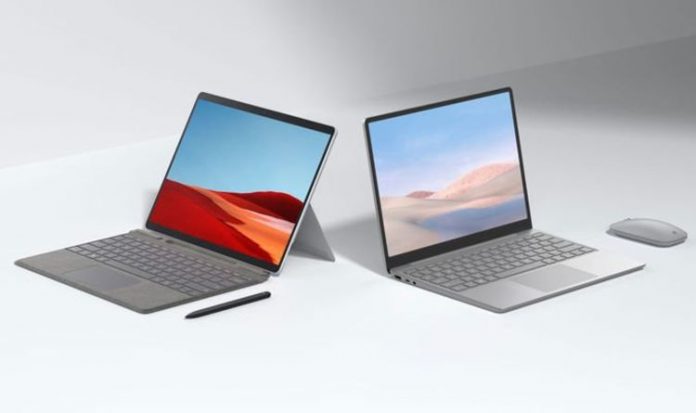 Microsoft could have a game-changing feature in the works for their Surface Laptop range. A new patent spotted by WindowsUnited (and reported on by Windows Latest) could show future Surface Laptop devices will have an incredible range of customisation options. The patent details interchangeable back panels so Surface fans could easily change up the look of their device.

But if the feature did ever come to market it could be implemented on Surface Laptops, Surface Books and other Surface devices.

The patent describes a back panel that a user could “easily swap”.

There are already ways to customise laptops, such as skins and wood panels.

But these solutions are no match for actually parts that are interchangeable, with some covers difficult to remove and stickers also taking time to take off.

There is also the potential for damage to a device when removing certain aftermarket customisable parts.

Whether this feature ever makes it way to shops and consumers remains to be seen.

But Microsoft has dabbled in this kind of customisation before.

With the Xbox 360 console Microsoft offered Faceplates which could be used to easily change the look of your gaming system – when looking at it from the front.

There was a wide variety of Faceplates available, such as a faux wooden design or different colour schemes as well as Faceplates designed around specific games such as Halo.