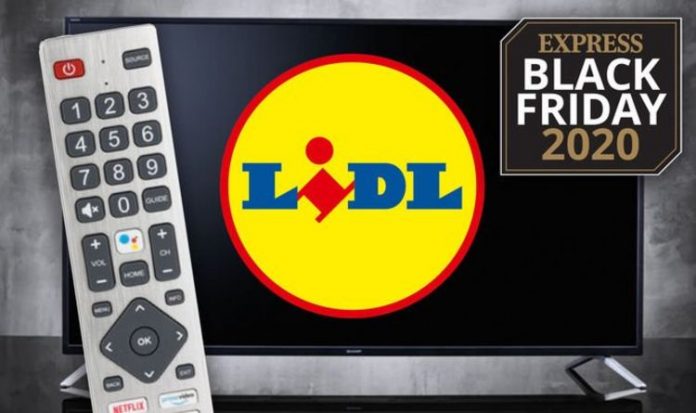 After weeks of waiting, the Lidl Black Friday 2020 deals are finally in store and there’s some pretty decent bargains to be bagged. The supermarket chain has a swathe of offers available from today which even include a 50-inch TV for under £300. Yes, you did read that correctly. Lidl is stocking a Sharp 50-inch 4K telly for £299.99 which is a saving of £100 off the standard price.

For your money, you get a fully connected smart TV which includes instant access to your favourite streaming services such as Netflix, YouTube and BBC iPlayer.

There’s also the Google Assistant built-in for easy access to content and information such as the latest news and weather reports via voice search.

Movie nights in boosted by pin-sharp 4K quality and the big screen is also compatible with the latest High Dynamic Range (HDR) technology which offers greater contrast between the darkest and lightest areas of the screen.

Like all Lidl deals, there’s no word on how long this TV will be on offer for but when they are gone, they are gone.

Of course, it’s not just that telly that’s on offer from Lidl with plenty of other deals to be grabbed.

Other deals include money off Oral B electric toothbrushes which are dropped to just £29.99 and there’s a £25 reduction on the smoothy-making Nutribullet 600 Series Starter Kit.

Finally, there’s a few offers for the younger members of the household including an Evo Electronic Police Quad and Evo Electronic Unicorn Quad for £34.99.

As we mentioned earlier, these deals will be available in select stores and you can find out which deals will be live in your local Lidl by checking the website.