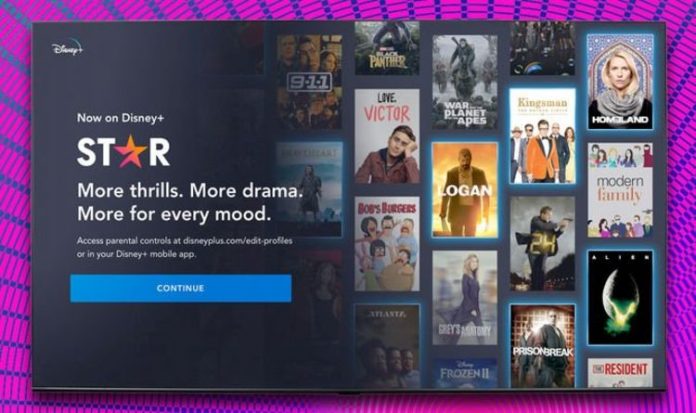 Disney+ subscribers have unlocked 75 new series and 270 new movies to stream today thanks to the arrival of the Star sub-brand. This new hub lives within Disney+, similar to the existing silos for Star Wars, Marvel, National Geographic and Pixar that have been present since the launch of the Netflix rival last year, and provides access to more mature content. Disney clearly hopes these new series and films will be an answer to the gritty crime documentaries and dramas like Night Stalker, Bridgerton, The Boys, Mindhunter that have helped Netflix and Amazon Prime must-haves for older viewers.

Star aims to rectify exactly that – bundling films like Borat, Die Hard 2, The Devil Wears Prada and Bad Times At The El Royale and series such as Family Guy, Scandal, The X Files, and Buffy The Vampire Slayer alongside the usual animated Walt Disney and Pixar staples.

However, unlike Netflix, which tried to appeal to older viewers straight out-of-the-gate (its first original show was House Of Cards, after all) before adding a designated Kids section later down the line… Disney+ is now looking to add a truckload of 12, 15 and 18-rated shows and films to a streaming service primarily known for its family-friendly output. To avoid controversy, Disney has decided to tread very carefully – after all, many parents and guardians likely assume everything on Disney+ is appropriate for all ages and allow their children to browse without limits.

For exactly that reason, if you’ve logged into Disney+ and don’t find access to the likes of There’s Something About Mary… you’ll need to follow our instructions to change a few settings.

Following the arrival of Star today (February 23, 2021) Disney will make it mandatory for all account-holders to set a two-step parental control system that creates an age rating limit for every profile on the account. Up to seven profiles, with their individual profile pictures and names, can be associated with a single account. Until now, these have primarily been used to track your progress through boxsets and provide personalised suggestions based on your viewing history.

But account-holders (those who pay the bill and set-up the Disney+ subscription in the first place) will now have to decide which of these profiles have access to content from Star. If you decide to limit an account to content aged 9+, they won’t be able to access any of the content from Star. Not only that, but Disney+ won’t even display the new sub-brand tile on the home screen (so young viewers won’t be aware that they’re missing out on something that other viewers can access). If you limit an account to 16+, some content will be accessible but others (here’s looking at you, Damien: The Omen II) will remain safely locked away.

Not even the account-holder will be able to access the full 18+ catalogue without going through the new set-up process. As you might expect, to set 18+ access requires confirmation with the account password. To prevent younger viewers from simply clicking on another profile to access the good stuff …account-holders will be required to set-up a PIN for those users who get the greenlit to everything available on Star.

If subscribers decide to opt-in to the full catalogue from Star, shows and films rated up to 18+ will be featured on the Disney+ homepage under “New to Disney+”, “Recommended”, “For You”, and “Trending”. So, if you’re not living in a household with younger viewers around, you’ll be able to use the streaming service like Netflix or Prime Video – will the full catalogue available across the app.

Account-holders who haven’t yet gone through the Parental Controls process will be limited to 14+ restrictions by default. In other words – no Star, with everything else the same as before. With the arrival of Star, Disney has single-handedly doubled the amount of content available on Disney+. As well as the 75 new shows (often with multiple seasons to binge through), more than 270 movies, and four exclusive new shows, Disney has promised to add new titles to the line-up every single month.

Jan Koeppen, President of The Walt Disney Company EMEA, said: “Star will be an integral part of Disney+, making it bigger, bolder and even more exciting. The arrival of hundreds of TV series and movies including our exclusive Star Originals will make Disney+ the premier destination for high-quality entertainment with something for everyone. Needless to say, all this comes with parental controls to give parents that peace of mind.”