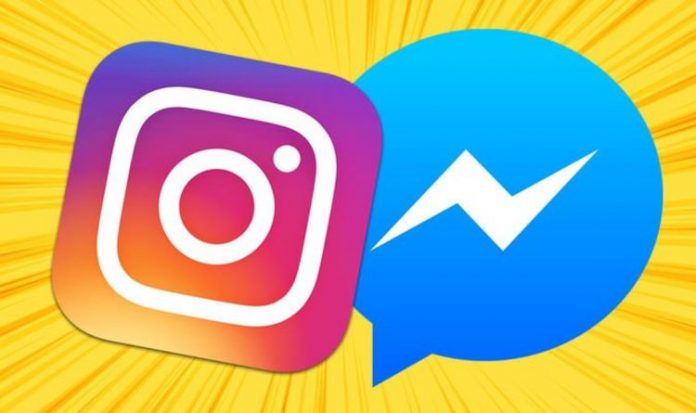 If you’ve opened Instagram or Messenger today and noticed a pop-up warning stating that some features have been disabled – you’re not alone. Facebook has culled a number of new features for smartphone owners across Europe.

The social network has announced Instagram stickers, Facebook Messenger personalised replies, and a number of other features will no longer working for all users based in Europe.

Facebook has been notifying affected users in the Instagram and Messenger apps, saying some functionality has been disabled in response to new rules for messaging services in Europe. Other features that no longer work in these hugely popular Facebook apps are polls, augmented reality effects in DMs, and missing nicknames. European app users will also no longer be able to send certain file types.

Notifying European users of this change, a message entailed “some features not enabled” that pops up in the Instagram and Facebook Messenger apps states: “This is to respect new rules for messaging services in Europe. We’re working hard to bring them back.”

READ MORE: WhatsApp will stop working on Windows 10 browser, are YOU affected?

Speaking to The Verge, a Facebook representative said most of these features will return “very soon”.

However, it is not clear on the exact timeline for when these features could return to both the Instagram and Facebook Messenger apps.

Facebook has been disabling these features in Instagram and Messenger due to the implementation of the 2002 Privacy and Electronic Communications Directive. This EU directive has strict rules on data usage for communication services that operate in EU countries.

The news comes as earlier this week Facebook announced that they would be moving UK users onto new agreements with its Californian headquarters after the Brexit transition period ends.

Currently, UK-based users of Facebook services have an agreement with the firm’s Irish headquarters. However, next year after the Brexit transition period ends these terms and conditions will be transferred to US terms.

The news was first reported by Reuters, who said the move will help Facebook bypass EU privacy laws for UK customers.

Sources familiar with the company who spoke to Reuters said Facebook was making this change as the EU’s privacy regime are among the strictest in the world. And privacy campaigners have said this change could lead to the UK pursuing a looser privacy regime, especially as it seeks to strike a trade deal with the US.

Jim Killock, executive director of the Open Rights Group, said: “The bigger the company, the more personal data they hold, the more they are likely to be subject to surveillance duties or requirements to hand over data to the US government.”

A Facebook spokesperson said users will be informed of this shift in agreements over the next six months. If customers do not want to agree to this then people will be given the option to stop using Facebook’s services such as WhatsApp, Instagram and Messenger.