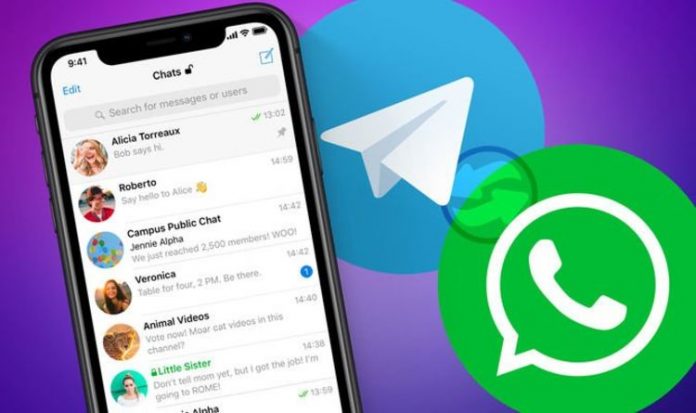 If you haven’t been paying attention, there have been some pretty dramatic shifts in the chat app landscape. Millions of WhatsApp users have fled the messaging service following the publication of a new privacy policy (which users need to agree to if they want to keep using the app) which many interpreted as a sign that parent firm Facebook was looking to siphon more data from text messages.

As millions fled, WhatApp rushed to issue a clarification about the new small-print, which it says only offers data to Facebook when users are in conversation with businesses and enterprise accounts. In the UK, the new data-sharing won’t even apply in that limited scenario anyway, thanks to strict EU data protection rules. WhatsApp has pushed back the deadline to agree to the new privacy policy by three months to try to stop users turning their backs.

Secure messaging rivals like Signal and Telegram seem to have reaped the benefits of the backlash, with Telegram boasting of 25 million new sign-ups in 72 hours alone, while so many new users flooded Signal that the app went offline for a good portion of the weekend. Both apps have looked to continue capitalising on the situation. A few days ago, Signal launched a blockbuster update packed with features that will be instantly familiar to longtime WhatsApp users – and plugs many of the gaps in its feature-set compared to the Facebook-owned counterpart.

And now, Telegram has unveiled its latest feature to tempt wavering WhatsApp users into signing up to its option.

With the arrival of Telegram version 7.4, the chat app is able to import your entire chat history from WhatsApp. So, switching to the rival messaging service doesn’t mean losing access to your conversation history, favourite group chats, or more. With the chat history imported, you’ll be able to continue your conversation right where you left off too.

It’s not only WhatsApp that’s supported, Telegram can also import from the likes of Line and KakaoTalk. The app allows you to choose whether to import the conversations with or without the images (handy if you want to shrink the size of the back-up you’re going to create in Telegram).

If you’re running the latest version of Telegram, which can be downloaded the Apple App Store and Google Play Store right now, the import process works on a chat-by-chat basis. If you want to save some of your old conversations before you make the leap to an alternative chat app to Facebook-owned chat app, open the relevant conversation within WhatsApp and tap contact or group name at the top of the chat.

This brings up a settings menu with controls specific to that conversation or group, including all media and URLs sent to the group. Scroll down and tap Export Chat, which will load the iOS Share Sheet on your iPhone. Select Telegram to bring the conversation into your new messaging service. The same method applies to Android.

You’re then free to delete WhatsApp and its backups without fear of losing your chat history.