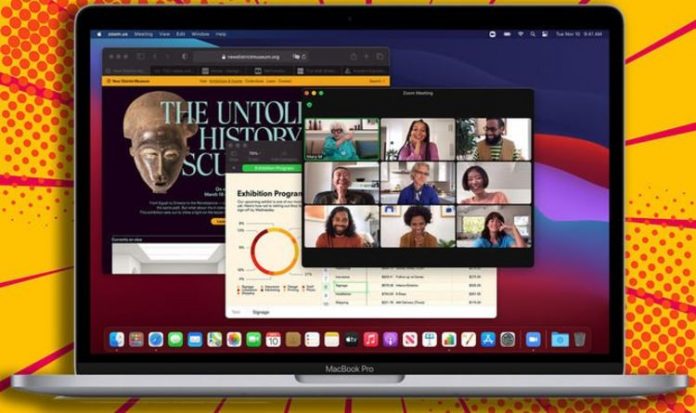 Apple revealed its new 13-inch MacBook Pro last month with this latest laptop featuring one of the biggest and most important changes in years. That’s because tucked under its famous silver aluminium shell is the M1 processor which has been fully designed and built by Apple. This now makes the Mac more closely aligned with the iPhone and iPad which have been driven by Apple silicon for many years.

The US firm is making big claims about its new M1 brains which has been designed to be much more powerful yet far more efficient. In fact, with the M1 chip, Apple is boasting that users can expect a whopping 20-hours of video playback or 17 hours of web browsing on a single charge.

Apple also says that its 8-core CPU, when paired with the MacBook Pro’s active cooling system, is up to 2.8x faster than the previous Intel-powered generation. That should allow it to deliver game-changing performance when compiling code, transcoding video or editing high-resolution photos and videos.

The 8-core GPU is also up to 5x faster, allowing users to enjoy super-smooth graphics performance. That’s all very impressive and now there’s another incentive for buying this new machine.

Despite it being just a few weeks old, Amazon is running its Black Friday sale and has knocked £50 off the asking price. And, to make things a little more affordable, the online retailer is also giving customers the chance to pay for this device over five months without incurring any interest.

Saving £50 isn’t exactly going to make you rich but it’s quite surprising considering how new this Pro machine is.

YOU CAN FIND THE DEAL HERE

If you want more money in your pocket it’s also worth noting that Apple also has its Black Friday sale with some Macs coming with a £120 gift card. Eligible products include the 16-inch MacBook Pro and 21.5-inch iMac

“The introduction of three new Macs featuring Apple’s breakthrough M1 chip represents a bold change that was years in the making, and marks a truly historic day for the Mac and for Apple,” said Tim Cook, Apple’s CEO. “M1 is by far the most powerful chip we’ve ever created, and combined with Big Sur, delivers mind-blowing performance, extraordinary battery life, and access to more software and apps than ever before. We can’t wait for our customers to experience this new generation of Mac, and we have no doubt it will help them continue to change the world.”